Shyh Jie tells us how to save money on RTW tickets- it all depends on where you start.

Like Aaron, Shyh Jie is a miles geek. At last count, there are over 60 cards in his drawer. He has earned and redeemed over 200,000 miles since getting his first credit card in 2010. He and his team run Card Cow, a portal which aims to help credit card users to choose the best credit card for their transactions.

While Aaron was having a good time sampling the different Star Alliance business products, (Milelion note: I’ll have you know it’s harder than it looks) I couldn’t help but wonder if he could save more dough for the same flights. 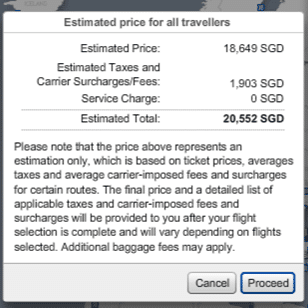 I remember reading on Flyertalk that the base fares vary from countries to countries and Japan is known as one of the cheaper countries to start a RTW.

For a fair comparison, I plugged in the exact same flights as Aaron’s in Star Alliance’s booking engine with the exception that the last sector becomes the first sector. 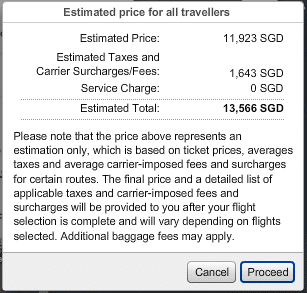 The result’s a jaw-dropping ~7k difference! (Milelion note: Well technically you need to factor in the price of a ticket from Tokyo back to Singapore, but yes you’re still saving a lot of money)

I decided to find the base fares for RTW ex-SIN, KOR and JPN by plugging in more data: –

All amount in SGD.

If Aaron has chosen to start his journey in Japan, he could have flown First class for almost the same amount! (His company probably doesn’t allow it anyway…)

Even with a positioning business class flight between Singapore and Japan (S$1,600 with Asiana via ICN), he could still have easily shaved S$5,000 off his bill.

What’s the lesson here? We know that airlines price their fares according to the markets. I also checked out the base fares ex-Malaysia, Indonesia, Thailand, Vietnam, Hong Kong, Taiwan and China but Japan has the cheapest Star Alliance RTW fares among them.

Card Cow’s recommendation: Start your Star Alliance RTW in Japan! The savings are probably enough to fund your next vacation.

Milelion notes: It is pretty stunning to note how different the price can be by simply tweaking the starting point. It confirms what a lot of us in Singapore have thought for a while- that we’re getting hosed on airline ticket prices. It’s too late for me to do anything about this, but if another RTW itinerary appears in my future you can bet I’ll be looking at a Tokyo start point.

The Milelion Community
The Milelion Community is made up of like-minded people who want to share tips to help each other travel better for less. If you've got a tip, trip report or any other hack that you think the community would be keen to know about, reach out via our contact us option!
Previous articleHotel Review: Intercontinental Times Square
Next articleReview: Sheraton Gateway LAX, Los Angeles

this was a shocking read! I am appalled. speechless!

How about economy? Not worth it?

The savings for economy class are not as significant as in business and first class.