A different kind of trip report

Here's what it's like to fly a plane for yourself

This report is a special request from Aaron to add variety to the usual commercial airlines trip reports. Its been almost 2 months since this trip. However I am not as eloquent in writing as Aaron, plus my camera skills is no better than him, thus the delay of this trip report.

We all have been on commercial airliners before, but what better than to impress friends and family if you can actually gain control of an airplane? The opportunity came during my recent holiday to New Zealand where a particular flight school has a trial flight programme to cater to tourists and aviation enthusiasts who dream of being in control of an airplane, and no flying experience is required. Not only that, you are allowed to bring a friend onboard. In my case, my wife and son took the leap of faith.

Wanaka flight training, located in Wanaka airport, about 1 hour drive from Queenstown in South Island, offers trial 20 min for NZD$149, 30 min for NZD$199 and 1 hr for NZD$349. It is advisable to book a timeslot in advance to secure your place especially during summer months and I booked a 30 min flight for NZD$199. 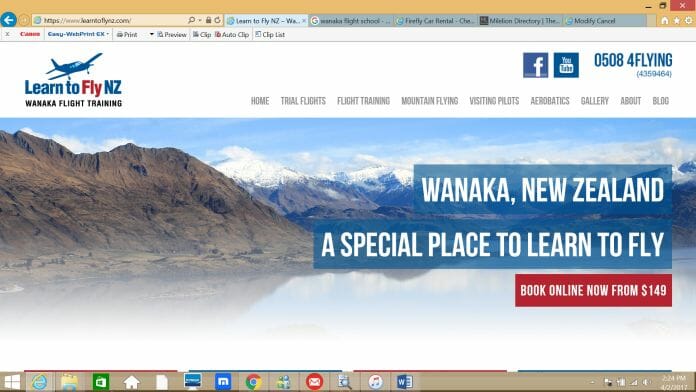 The flight starts with a safety video and before long, an instructor will lead you to the aircraft. Wanaka flight school uses the Piper Cherokee, a 4 seater aircraft as shown here: 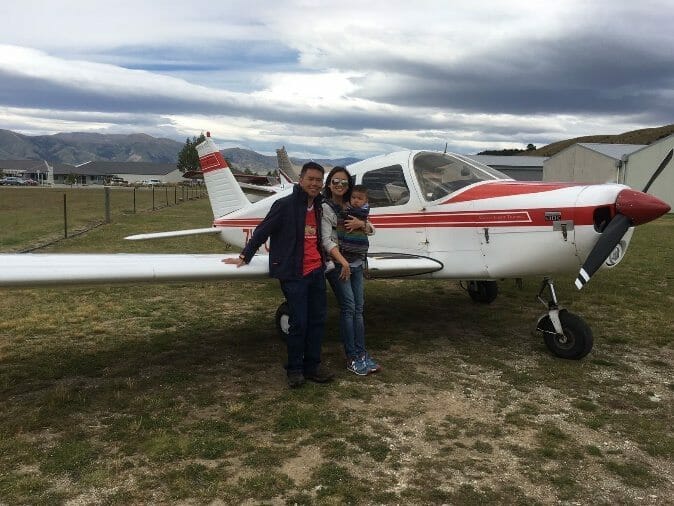 All pre flight inspections are done by your instructor and before long, we are in the aircraft doing preflight preparations. 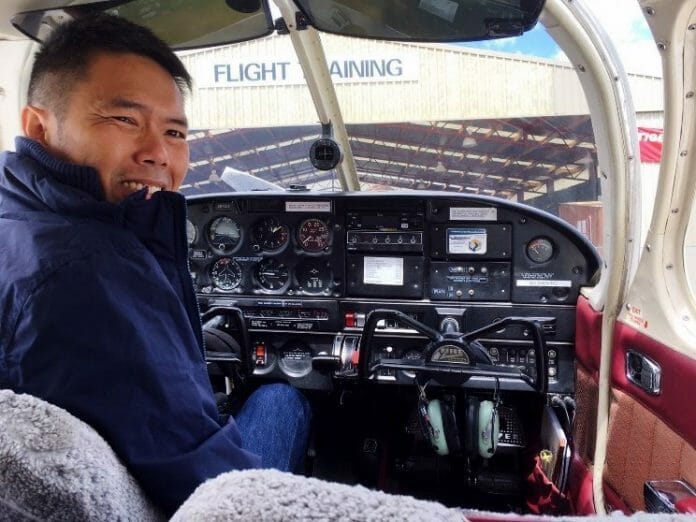 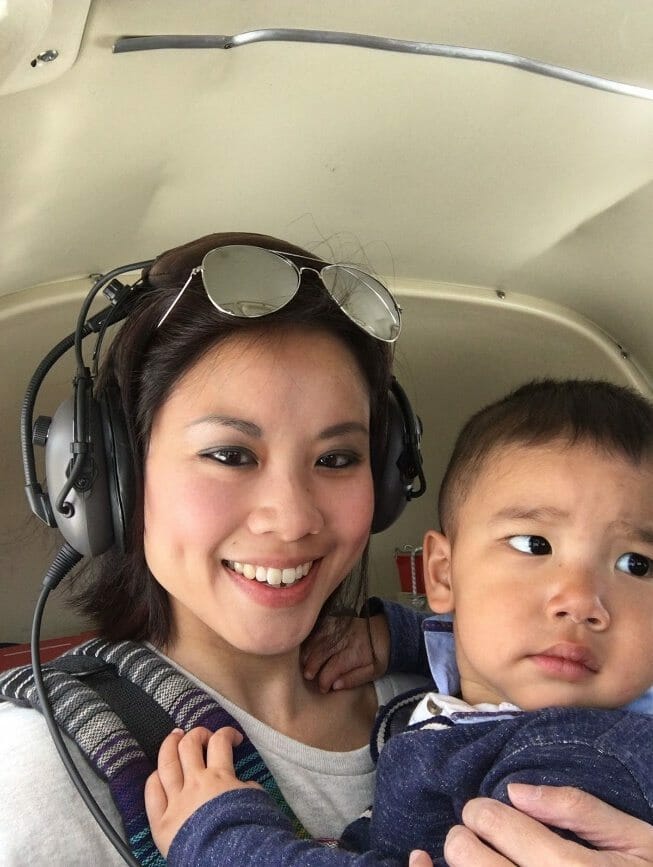 My son seems apprehensive on his dad’s ability to fly a plane.

Pre Flight preparations took about 10 minutes and soon after we are on the way. You will be taxiing the aircraft to the runway hold area on your own with radio communications all handled by the instructor.

In no time, control tower cleared us for take off: 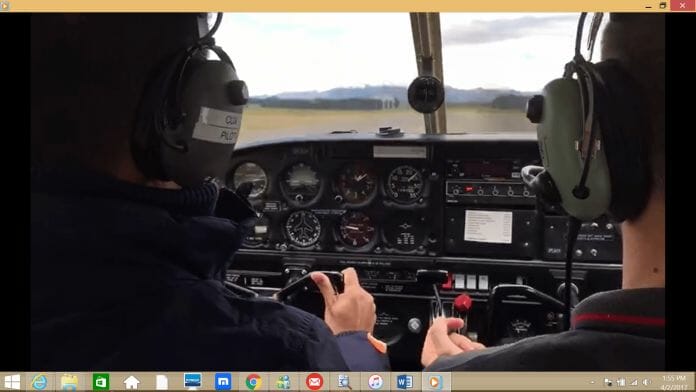 I have been through flight training years ago, and the instructor being aware of his student being able to handle an aircraft, gave instructions on take off speed (80 knots) and leave the entire flight to my control. His role thus is reduced to providing me with flight directions and acting as a safety pilot, leaving flight controls such as yoke and trim to me. 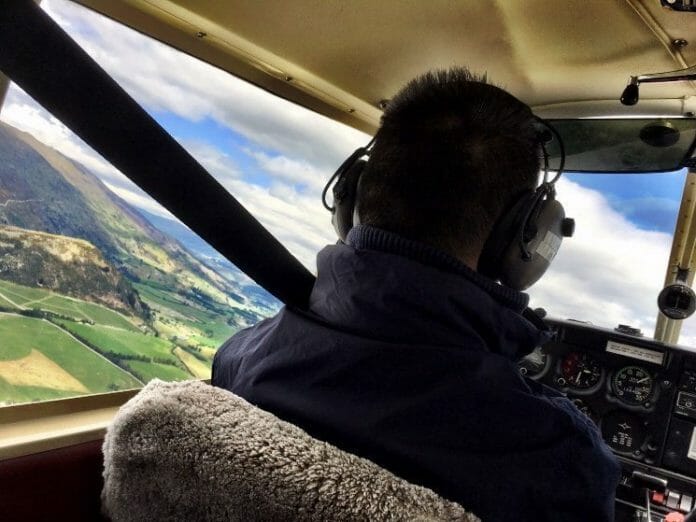 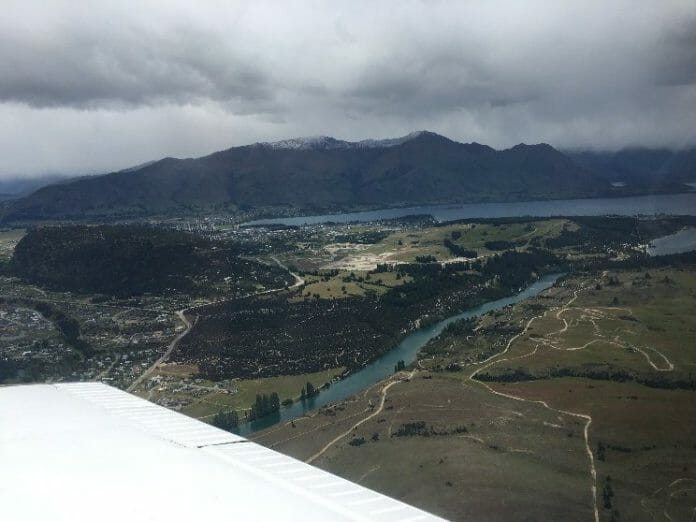 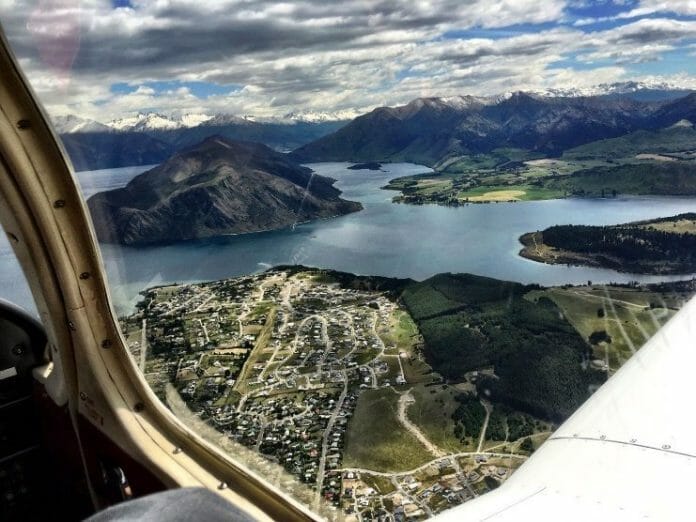 Time passes quickly when you are having fun and in no time, the instructor asks me to reduce power on the throttle to begin our descend and started giving me directions to get back to Wanaka airport.

Landing Approach towards the grass runway 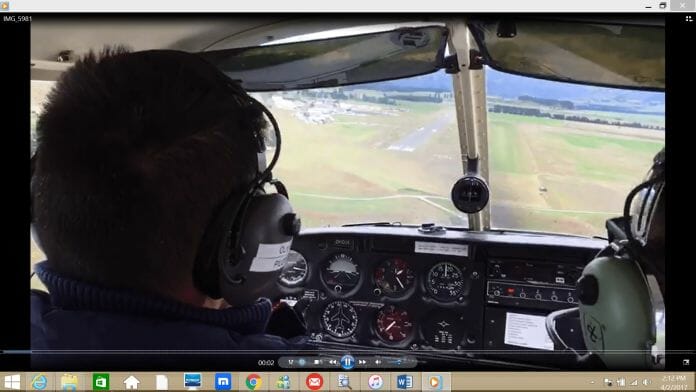 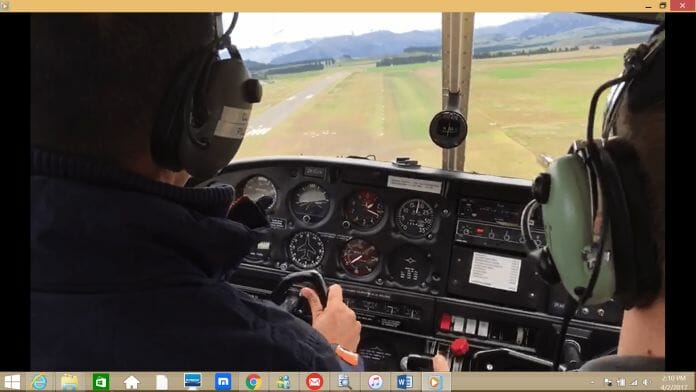 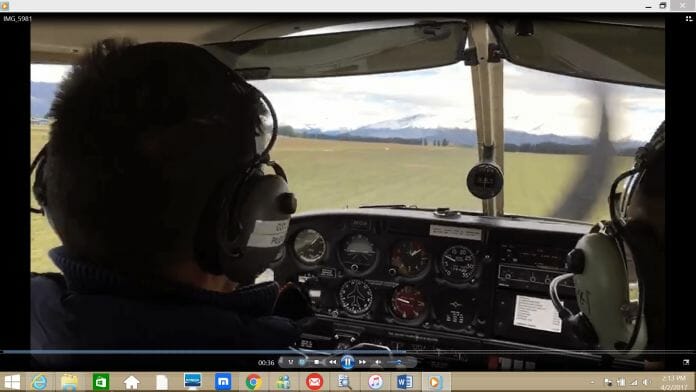 A certificate at the end of the flight. For pilots, you can clocked this flight into your pilot’s logbook. 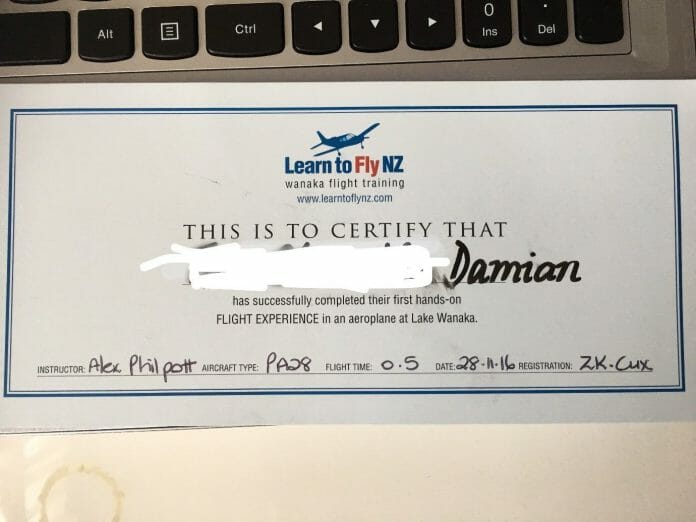 It’s flying at its most basic, a good introduction to the dynamics of flying in 30 mins and you get to taxi the aircraft, take off, experience flight controls such as trim and bank and of course landing, all under the guidance of an instructor. For those who has some form of flying experience, a chance to be in the controls of an aeroplane again and at the same time marvel the beautiful sights of New Zealand South Island landscape.

Thanks Damien for sharing this. We did a similar trip – again using a Piper, during our US Trip last year. On the west coast, there are lots of small airports / airstrips around San Francisco. While there were lots of options to choose from, we went with “Fly Bay Area” due to the numerous +ve reviews they had on Yelp and Tripadvisor. And with adventures like these, you wouldn’t want to take chances with anyone except the best 😀 😀 However, if am being honest, am not sure how much I really enjoyed it. We took off after the… Read more »

I guess it depends on how much you know about flying, it can be overwhelming for those who has little knowledge about piloting a plane with the numerous gauges. Actually most of the time you look at only 3 gauges inflight. In my case I did everything except parking the plane on my own and with the instructor knowing that I had flight training before he just point the directions to fly. He knows what I was talking about when at holding before take off I ask him the take off speed and told him about cross winds which I… Read more »