How does this Krisflyer devaluation compare to previous ones?

Comparing Krisflyer's latest devaluation with those that have come before.

The stages need not be in that order but they always, invariably, end in acceptance. I’ll bet you that 90% of the outraged posters on FT/SQTalk/Straits Times Forum/reunion dinner still fly SQ regularly.

We see the same reactions to Krisflyer’s latest devaluation. But how does this devaluation compare to the ones that came before it? Is it as bad as it looks?

How often do devaluations happen?

However, inbetween big ones you have smaller, mini devaluations. Technically speaking, anything that makes award flights more expensive or difficult to obtain should certainly be seen as a devaluation. A devaluation does not necessarily mean award prices need to be increased. It could be a move that makes awards harder to obtain, or that imposes additional restrictions on existing award (eg 2016 when Krisflyer changed its rules so only premium economy tickets could be upgraded to Business class)

In the quest for great justice, I spent the better part of two days looking for whatever I could find on the previous devaluations.

Let me emphasize how difficult this was. In the spirit of transparency, SQ puts script in its site that prevents the Wayback Machine from effectively trawling the site. Which means I have to piece together information based on scraps I pick up on Flyertalk and SQTalk. And most of those forum posts have links to the SQ website, which have since expired. Which means I have to figure out what people are talking about without actually seeing the document they’re referring to.

A history of devaluations

Unofficially: the news leaked early on the website and was picked up by Flyertalk on 29th September before being quickly taken down

(this might be confusing because some of these rates are higher than the current threshold, eg Australia is now 50K return in economy saver [at least until 23 March]. The explanation is that certain economy class awards have a price decrease in 2012- read on) 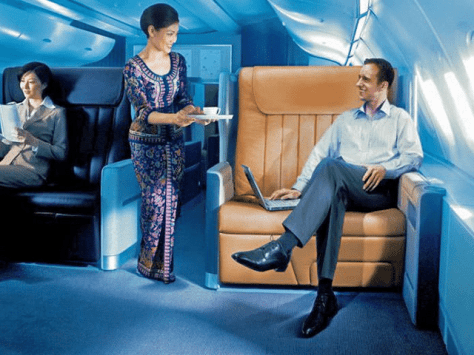 Nope. I mean even Krisflyer didn’t have the cojones for that.

6. With the introduction of the Full award, will there be fewer seats available for the Saver award and Standard award?

No, seats for the Full award will be made available in addition to the seats set aside for the Saver award and Standard award.

As part of our ongoing commitment to making your membership more rewarding, we will be introducing a number of redemption enhancements to the KrisFlyer programme on 29 September 2008 – offering you greater value, convenience and flexibility in redeeming your KrisFlyer miles for award tickets.

Slightly under one month. Changes were announced Feb 3 and took effect March 1.

Oh yes, yes they did.

None. Changes were announced on 28th November and immediately took place. Nope. Maybe they don’t use that term as much as we think.

7 days. The devaluation was announced 17th May and changes took place from 24 May. 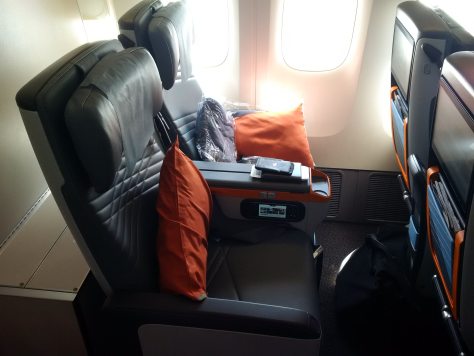 Nope. Although I’m quite sure they worked the thesaurus overtime.

Adding it all up- how does this devaluation compare to historical?

The 2012 devaluation was probably more severe than the one we just witnessed in that at the upper end, award prices went up as much as 45%. On the other hand, in 2012 there were other regions (eg South China, Middle East) that had no increases at all.

This time round every single award has increased (saver, standard, upgrade) simply by virtue of the fact the 15% online redemption discount is no more. Add this to the fact that we’re seeing some significant increase in long haul first and business class awards and I’ll say this devaluation feels a lot more painful than 2012’s.

What’s the silver lining here? I’ll give you a hint- it’s coming in October and it’s a double decker.  Yup- it’s SQ’s new cabin products that will launch this year.

Here’s my crazy theory- SQ wants to avoid the member backlash it got the last time round in 2007 when they barred Krisflyer members from redeeming SQ’s new cabin products at the saver level. So they’ve pre-emptively raised award rates ahead of this new product launch so they can make them available at launch for saver awards. This has the effect of removing some of the ill will the devaluation generates (unlike from 2007-2012 where KF members were left stewing at the fact that saver awards were not available for the latest cabin products). It’s clever, and I’m sure it’ll placate more than a few people.

But the flip side of the coin is this- for this strategy to work, SQ’s new cabin products need to be amazing. And I don’t just mean bigger TV screen, 3 more lounging positions amazing. I mean the kind of thing that sends a message to the ME3 and the rest of the pack that SQ is taking back its role as a leader in product innovation.

Many ideas have been put forth as to what the new products will look like. Few concrete facts have come to light. What I do know for sure is that this devaluation has set expectations in Krisflyer members’ minds about the new products, and October beckons. Get this wrong, and the mob will be at Airline House with pitchforks and torches. And I’ll never fly SQ again.

Ah, who am I kidding.

Aaron Wong
Aaron founded The Milelion to help people travel better for less and impress chiobu. He was 50% successful.
Previous articleShopback’s March Bonus Cashback Travel Sale
Next articleSupport The Milelion when you sign up for credit cards

Thank you for the detective work. I can only imagine how time consuming it is.

As far not flying SQ again, I am already doing it. I booked a revenue ticket on business class to Spain on Etihad next month. For trans-Pacific flight, ANA and EVA are so much better price-wise. There’s simply no point in being loyal to a loyalty program that is becoming so devalued.

thanks! wasn’t easy to put together but glad people are finding it useful.

i know where you’re coming from but I’m not a fan of etihad really. I find their service really so so. that said, you might want to be aware of their free hotel offer for stopover customers in business first class (http://www.etihad.com/en-us/plan-and-book/book-stopovers/premium-stopovers/)

ANA and EVA have awesome premium cabin products. you won’t go wrong with either.

Thank you for the link! Unfortunately I won’t be able to stopover at AHU. However, I booked their chauffeur service to and from the airport, yet another service SQ J does not offer me despite charging me approximately two times more. Legend has it that the Etihad crew are the applicants who failed Emirates interview (and Qatar crew are those who failed Etihad’s). However, I can’t stand Emirates fake walnut cabin and since there’s no better way to stick it to SQ than to fly with one of the ME3, so Etihad it is. One downside is that I will… Read more »

Thank you Aaron! From all of your regular followers.

The pre-2012 redemption rate to Europe is only 50-60k. Love your CSI and thanks for this article. Very well-put together!

Thanks for the detail summary.
I think i will channel the rest of my 350k credit card miles elsewhere… Asiamiles or Delta Skymiles can be a good choice

Hi Aaron, I have always conservatively assumed that the cost of a mile is at 2 cents. With the latest devaluation, is the above assumption still valid? Otherwise, how much would you value a mile?

Great article Aaron! I still have some of the old award charts from 2008 and 2012, both SQ metal and *A. If you are interested, I can email them to you for further analysis.

that would be incredible. will drop you an email.

In view of this recent devaluation, any tips for claiming my miles for a trip to Europe? I am rather new to the miles game and will like to maximise my miles on any FFP. Not specific tied to any FFP yet. So open to any of your advice.

have a read of the asiamiles article. you might find that CX offers better value to europe now

Tx Aaron. I do follow the articles. Great effort putting them together as they give much insight. For Asia miles, they have this business class companion award. Any idea how it works? Is it available other than CX? Thought is that CX biz is not as good as SQ so considering QR.

if you buy a revenue biz class ticket you can redeem a partner ticket for fewer miles. i think the idea was that this would allow trailing spouses to follow on trips.
i have never flown cx biz before but am eager to try.

If I have miles expiring on my CC would asia miles be a better value to travel all my miles to instead of SQ, as I dont have any plans to travel as yet.