Chicks were born to give you fever, be it Fahrenheit or Centigrade

She gave me fever.

I never actually owned a Fevo card, but for those who did, it was always a good way of ensuring you maxed out the 10X on your DBS Woman’s World card for the month. 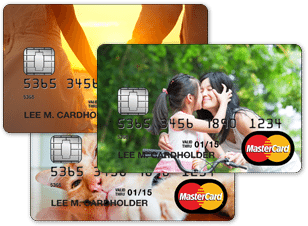 The plan was simple- you used your DBS Woman’s World card to add $2,000 to your Fevo card each month (well, technically $1,000 at a time, because that was the limit). That counted as an online transaction, earning you the equivalent of 8,000 miles. Then, you used that $2,000 for your day to day expenses, effectively turning regular spending into specialized spending. All it cost you was a nominal top up fee.

The DBS Woman’s card awards you 1X at the time the transaction posts, and the bonus 9X on the 16th of the next calendar month. Many people tended to forget this, though, so every now and then you’d get people on the comments section/HWZ forums saying “guys I think it’s dead, should I call and check” (said person would then be told off with harsh language).

Well, it now appears that the DBS Woman’s FEVO trick is dead, for real. Posters on HWZ are reporting that they did not get the bonus 9X for FEVO transactions done in April. Technically, those who topped up early April reported success, but those who did so in the later half of the month are reporting no dice.

I imagine people will still give this another try next month to see if this month was just a glitch of some sort, but I wouldn’t be too optimistic.

That said, I’d like to echo what laurent_rio says on HWZ-

And that’s as sound advice as I can give anyone playing the miles game.

More bad news on its way for the mile chasing community?
* looks at HSBC advance

not dead till it’s dead!

Wonder if they will offer another deal to replace it. I had a chat with a CSO a couple years ago when the 10x offer wasn’t renewed, only to be renewed again the following month.
Asked him what was the point of the card without the 10x – he said it looks pretty useless 😛

Please explain what lobang is, for us clueless non-locals.
A window? A loophole?

Literally means “a hole”, but metaphorically means a “good deal”

I did transacted on 1st may. So will be reporting back on the 16th June.

So over the course of last 5 years

It just what comes to my mind, you are welcome to expand it.

My understanding is that currently there are no more 4mpd lobang/loopholes left.

Hi, is it confirmed that the FEVO trick won’t work for AXS? Can someone please verify? I will need to decide if I should still top-up $3K next month for the two cards.

Few days back I had DBS calling me back saying EZ Link merchant doesn’t qualify any more for 9X DBS Bonus Points.

Either you asked something wrong way or they did not understand you. Ezlink top-up has _long_ ago are in the excluded list and you can’t get points for them.

The same way – from Apr 8th you are not getting any points for FEVO either. Do some reading.

DBS just gave me breakdown of DBS Point this month and in the excel spreadsheet they gave word N(No) with yellow shade in the cell for F transaction (in the column information whether transaction entitle for additional point ) . So i think need to stop hoping that it is system glitch . They already force the TnC now LOL

Received the detailed breakdown too. They honored early Apr ones. Well that’s it.

Cardup make it alive again for UOB, dont know till when it will last

Question is – how long UOB PPV will last…

My gut tells me UOB won’t kill Cardup. Cardup was part of their FinLab Accelerator! It would be like killing one of their own investments haha

In the comments section of another post, someone reported UOB confirming that with CardUp they are still giving 4mpd with the PPV card.

if this chick gives you high fever, find another chick. very simple.

But very hard to find a new chick for this purpose.

Anyone used the WWMC to pay Singtel bill in April or May 2017?
Read many cards which used to give rebates/ points for Singtel did not give recently because somehow Singtel reflected the payment as offline.

Hmmmm. I used it in April. And well… Fever gone. But comes the chick.

So fevo is confirmed dead?

Could you please now repeat in English?