What should your dining card strategy be?

Is the dining card dead?

The recent demise of the HSBC Advance and unicorn nature of the UOB PP Amex have been taken as signs by some people that the dining card is well and truly dead in Singapore.

It looks grim for sure, and I don’t know whether any bank is willing to step up and fill the gap for a 10X dining card (a certain loss leader for them). Assuming that doesn’t happen, I wanted to lay out a blueprint for how you can make the best of a bad situation. 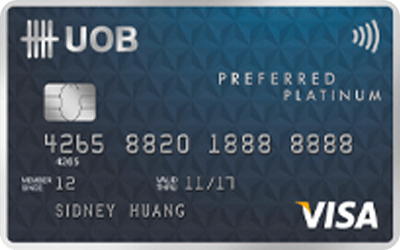 People (myself included) tend to forget that many restaurants now have Paywave terminals, which means that you can use your UOB PP Visa to earn 4 mpd. This assumes the restaurant isn’t a SMART$ merchant, but there are so few that fall into this category anyway (Hard Rock Cafe, Pasarbella, BreadTalk Cafe, Bread Society).

Remember that the maximum amount that can be paid through Paywave is $100 per transaction, but there’s nothing stopping you from splitting a bill across multiple transactions. The cap on 4 mpd earning per month is $1,000 for the UOB PP Visa.

Believe it or not, the best card for dining now belongs to Maybank. The little known Maybank Horizon Visa Signature offers 3.2 mpd on local dining, petrol and taxi fares, provided you spend a minimum of $300 a month on the card.

One thing to point out is that Maybank’s definition of “dining” is fairly narrow. The T&C state that only merchants with MCC 5812 will enjoy 3.2 mpd. 5812 refers to restaurants and eating places, which should cover the majority of places you might dine at. But it doesn’t cover 5814 (fast food restaurants), 5813 (drinking places) and 5811 (caterers). And like all dining cards, it also does not cover dining in hotels which codes under the hotel’s MCC.

My biggest gripe with this card is that Maybank TREATS points expire after 1 year, unless you’re a Rewards Infinite member (requires spending more than $24K in a year). Fortunately, the minimum redemption amount for Maybank TREATS is 5,000 points, or 2,000 Krisflyer/Asiamiles miles. That’s certainly a lot lower than the UOB/DBS 10K minimum. So even if you’re not a massive spender on dining, you should be able to hit the minimum cashout amount pretty soon.

With an income requirement of $50K, it unfortunately isn’t an entry-level card but I think it’s well worth a speculative application even if you don’t meet the criteria.

Assuming you can’t meet the $50K income requirement for the Maybank Horizon card, the HSBC Revolution is a good choice too. You earn 2 mpd on local dining, entertainment and all online spend.

2 mpd is less than 3.2 mpd, obviously, but where the Revolution is better than the Horizon is it has a wider interpretation of dining. The Revolution considers fast food to be part of dining, and explicitly states that spend at clubs, pubs, bars (what’s the difference between a pub and a bar?) will get 2 mpd. There also is no minimum spend amount required to earn this.

HSBC Rewards points expire after 3 years, and the minimum transfer amount is 2,000 miles. The VOYAGE earns 2.3 mpd on dining, which the T&C define as restaurants, cafés, caterers and fast food outlets. I take this to mean MCC 5811, 5812 and 5814. However, the T&C explicitly exclude bars and pubs, which means 5813 is out of the question. Similarly, hotels and country club dining doesn’t count.

The interesting thing about the Voyage card is that you don’t earn miles, or points for that matter. You earn Voyage miles (which don’t expire). Have a read of any of my past Voyage articles to understand how these babies work, but the TL;DR version is they can either be converted to Krisflyer miles at a 1:1 ratio, or used at a (relatively) fixed value to pay the cost on a revenue ticket on any airline (typically 2-3 cents per mile). I certainly wouldn’t use the Voyage card as a general spend card because i feel the 1 mpd general earning ratio is simply not good enough, but if you want to get the card and pay the (not insubstantial) annual fee just to use it as a dining card, well, it’s a free country.

I am hearing disturbing rumours that people holding the UOB PP Amex are getting calls from CSOs offering to “upgrade” their cards to something else (One person was offered the UOB YOLO; I told him to call the police because that was certainly a scam call). UOB has certainly demarketed the card, but whether they’re looking to actually shut it down, only time will tell.

Those with the UOB PP Amex should make hay while the sun shines. For the rest of you- any of the above methods should help you maximise the miles you earn on dining.

“Remember that the maximum amount that can be paid through Paywave is $100 per transaction, but there’s nothing stopping you from splitting a bill across multiple transactions. The cap on 4 mpd earning per month is $1,000 for the UOB PP Visa.”

Think if you use add the PPV as a virtual card to UOB mighty there’s no cap on how much you can pay with paywave! Some merchants are unaware about it though so gotta ask them to just do it and watch their face when the transaction is approved!

I think the banks are unofficially allowing more than $100 to be processed via Paywave. Just tried $200 via hsbc and it cleared without issue.

If this is common practice nowadays, will be good news for UOB PPV users

double check this, theres something about the 2 petrol stations that UOB promotes that made me think I am almost card agnostic because there are no points on offer

UOB cards don’t earn any UNI$ at SPC, paywave or not.

Been there, done that, found out there was some exclusion clause for using UOB at SPC.

Is there an easy way to see what a Merchant’s charge code is?

Need to spend $1000 locally to receive your 10x – too much effort to do that since if you wanted to max out your 10x, that $1k would have to be exclusively paywave and petrol (excl SPC). PPV gets 10x from first dollar, capped at $1k for the month, on paywave – much more simpler.

SPC is excluded from earning points:
http://www.uob.com.sg/personal/cards/cards-privileges/fuel-power/spc.page (see down the bottom in UOB-sized print)

*petrol above excludes Shell and SPC – Shell is SMART$ and SPC just has its own exclusions.
To use UOB cards at other petrol stations means you are foregoing the card-based discount, which makes the 10x points not worth it in my opinion – I would take a 10% straight discount over 4mpd
So really, on the VS you need to do $1k on paywave per month – doable, but pain in the bum stuff

Am confused how to use this card effectively. Could some Miles guru help enlighten me if I use my PPV at SPC, I get 20% off Petrol (with SPC card) but no points earned ? This is to replace my POSB Everyday card as Cashback preferred for petrol purchase. For dining the best mile accumulation combo is effectively couple it with Mileslife & Paywave transactions under $100 subject to the $1k limit spend ?

there’s an illustration to show how to earn 10x UNI$ (for petrol it says except at Shell).

I wouldnt trust UOB –
“Note: No UNI$ will be issued for all transactions at SPC.”

Any rebate card that gives 1.5% rebate is an alternative to earning miles.

You might as well get cimb visa signature for 10% cashback on wine and dine?

I never quite grasped this absolute hatred of cashbacks – I really really like miles, but for CIMB 10% I would take the cashback. This cashback is for dining as well as foreign currency spend, and they waive the admin fee so you are just charged the Visa FX fee. Same goes for the current promotion on UOB One 10% cashback on top of the normal cashback. The requirements are one of the more trickier ones to meet, and the $600 cap is low, but foreign and dining spend is easy to achieve and 10% returns are sweet. I know… Read more »

Thankfully my Citibank Clear is still giving 5x for dining.

What about OCBC Rewards Titanium which doesn’t give 10x points for dining, but does so for Apple/Samsung/Google Pay transactions?

what tim said- didn’t list it as it’s only a temporary thing and by now we’re a bit far in the game to recommend someone signing up for titanium rewards just so they can do this for a further month.

For HSBC Revolution, is Ez reload the only method to get 5x for ez link top up?

is there a list of mileslife merchants?
without getting the app…..