Why can’t we have the Visa Supplier Locator in Singapore?

Imagine knowing the MCC of any business before you buy something.

One thing that continues to bug me about 10X cards in Singapore is how Russian Roulette the whole game is. 10X cards give you 4 mpd if you use them at a bonus category merchant, but 0.4 mpd otherwise.

“Okay genius”, you say. “Then just use them at bonus category merchants.”

The potential permutations are endless, and if you ask the cashier what their MCC is you’re more likely than not going to be met with a blank stare. Heck, you can’t even call up the banks beforehand to check, because they’ll tell you the can only verify after the transaction posts.

So where does that leave you? It means with 10X cards you either win big or lose big (in terms of the opportunity cost of not putting that spend on a general spending card that earns 1.2-1.4 mpd)

That’s unless you live in the States, because I’ve just found an incredible online tool called the Supplier Locator.

It’s simple enough to use. You enter the address of the merchant in question and click search (you can’t search by name alone, which I guess makes sense given how many merchants are bound to have similar names or be part of the same chain).

So suppose I’m going to San Francisco and for whatever reason feel like dining at Trace restaurant at the W Hotel.

(A) Use my UOB Preferred Platinum AMEX/ Maybank Horizon Visa Signature card for 4.0/3.2 mpd respectively on my overseas dining?

(B) Use my UOB PRVI Miles card for 2.4 mpd on foreign currency spending?

*The above isn’t so much an issue if you have the UOB Visa Signature card which would give you 4.0 mpd regardless capped at $2,000 per statement period with a minimum spend of $1,000, but let’s ignore it for the purposes of this illustration

The answer obviously depends on whether Trace has its own MCC, or whether it’s part of the hotel proper. Well, plug in the W San Francisco’s address and here you go-

You can see that the hotel and restaurants have a separate MCC, meaning it should be safe to go ahead and use your UOB PP Amex/ Maybank Horizon Visa Signature at Trace. 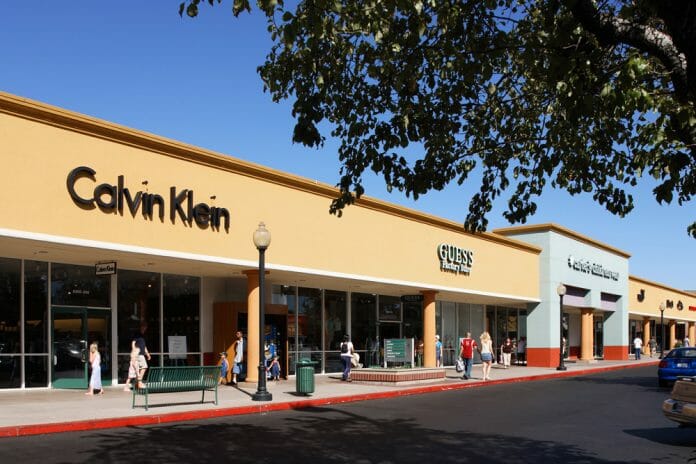 Another great example of how this can help is when you’re shopping at factory outlets. Presumably this is a great opportunity to use your Citibank Rewards card, but do each of those outlets have their own MCC or are they part of some bigger general MCC?

Here’s the result for the premium outlets at Gilroy California. I didn’t list everything, but this gives you an idea of the wealth of information available… 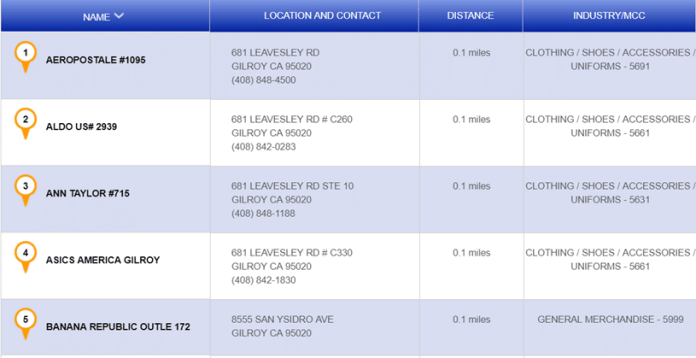 Cross check that list against the Citibank Rewards 10X table, and no more drama (the biggest surprise for me is that the Disney Store is classified as stationary/ office supplies. I guess even Disney princesses have to get their paperwork on).

The obvious limitation is that this tool only works for merchants in the States. I suppose if you’ve got an upcoming vacation to the States and want to line up all your 10X ducks, this site could still be useful. The other limitation is that I don’t see any way of using it to check the MCCs of online merchants (unless maybe you know their registered business address).

This got me thinking- if Visa is fine releasing this sort of information, then it means that MCCs are not really “confidential information” (I always thought that’d be pretty duh, given that you can always find out the MCC after the fact, but you’d be surprised at what some people get told by CSOs). So that begs the question: why can’t we have something similar in Singapore?

I remember writing a Christmas wish list some time back and requesting ” an app that lets you check MCCs before buying something”. At the time I believed it was the banks that were responsible for MCCs, but now that I’ve educated myself a bit more I know it’s the card issuers like Visa/Mastercard that are responsible for this.

If Visa can put however many millions of merchants into an easily searchable database for the entire USA, surely something similar could be done for smaller geographies?  It’s a question I put across to Visa’s PR team. I don’t really expect anything beyond a form letter, but hey, what’s Christmas without some hope.

Hallelujah! One can only hope. Have you been a good boy this year?