A review of the Le Meridien Visconti Rome- how are the rooms, the facilities and the service? 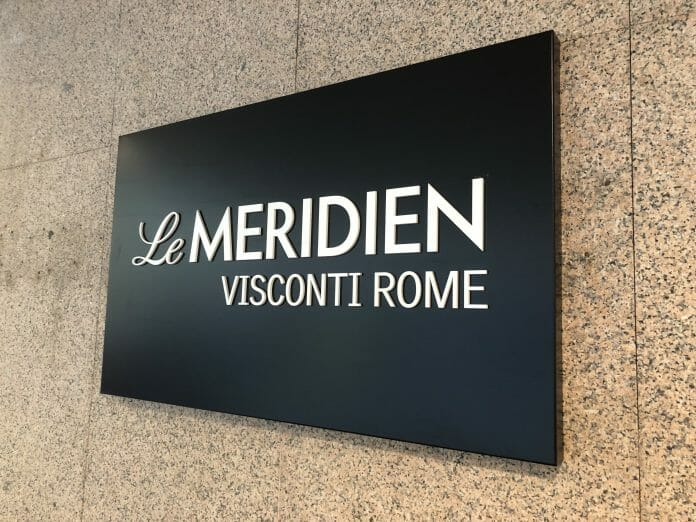 The Le Meridien is the newest Starwood property in Rome, and one of the 3 that are in central Rome.

The hotel joined Starwood in Feb 2017 after my stays at the Westin and the St Regis in late 2016.

Located more to the northwest of the Eternal City, the hotel is closer to the Castel Sant’Angelo and the Vatican.

The Spanish Steps are not too far and were less than a 30min stroll in the cold.

The hotel was going for 144Euros nightly after taxes on the Starwood website for my dates.

I managed to find a BRG which brought my rate down to 131Euros with a bonus of 2000 Starpoints. Had I taken the 25% off, the rate would have been less than 100Euros. I realized my bonus points has yet to be credited while typing this and have sent an email to the BRG team.

At the airport, I booked a shared transfer to the hotel as I felt that taking the metro was too inconvenient

After dropping a family near the Colosseum, I arrived at the hotel at about 10am in the morning. 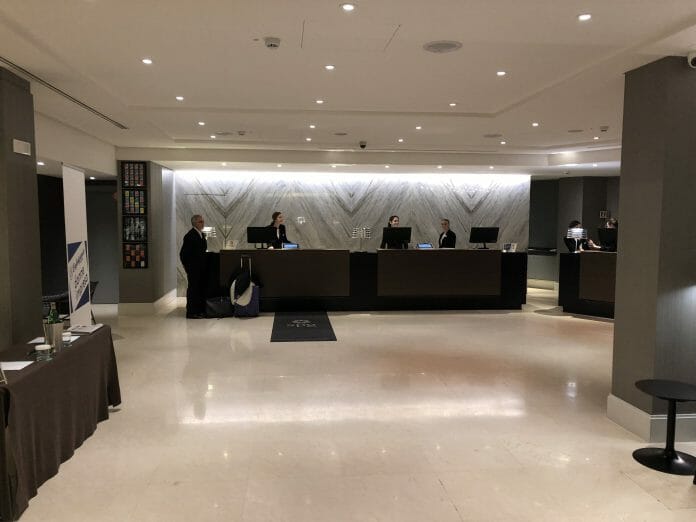 The front desk informed me that, as a Platinum Guest, I had been upgraded to a suite which was still occupied at that time. Thus, she would let me rest in a Superior Room until the suite is ready.

That is indeed a very nice gesture and much appreciated! A 13-hour flight is draining regardless, although premium classes do make it much more bearable.

The room is about 20sqm which is understandable for Rome, but with ample space to move around. 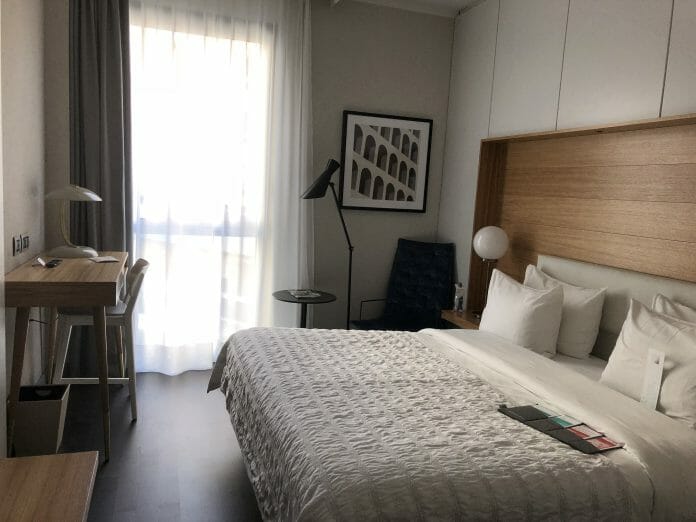 The bathroom was very cramp, and had no space for taking a proper photo. The bath amenities are from Malin+Goetz as shown. 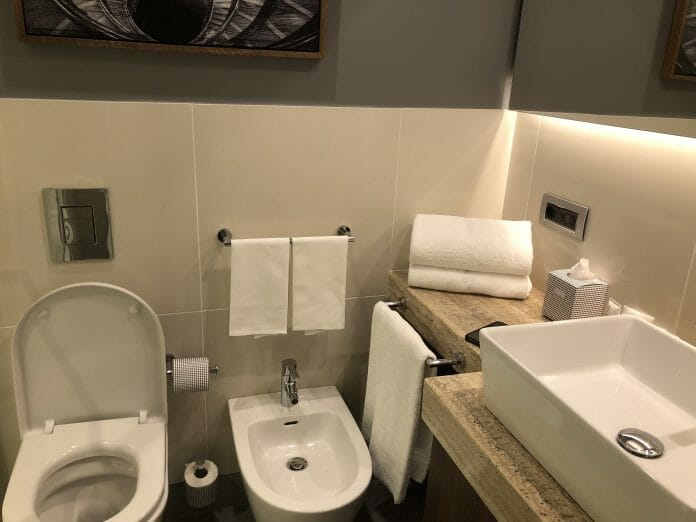 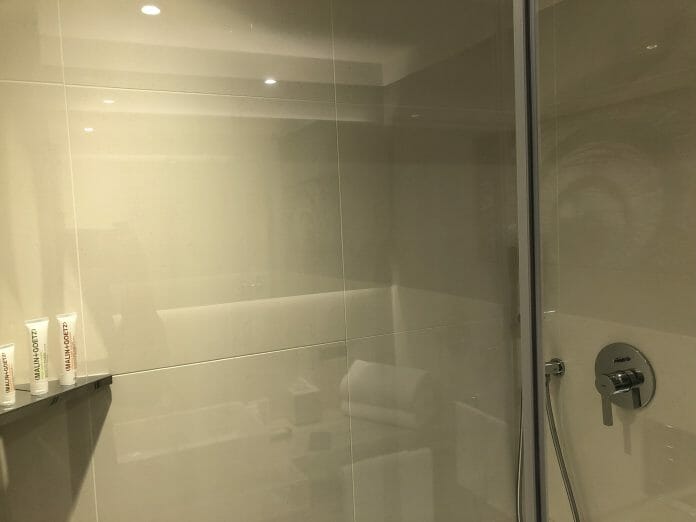 The view from the room wasn’t much to comment about, as the hotel is in a more residential area. After a shower and a nap, I went out for lunch and visited the Spanish Steps and Trevi Fountain. I returned in the early evening to move to the suite.

I was surprised that it was a terrace suite, which is one of the top suites and located on the highest floor. 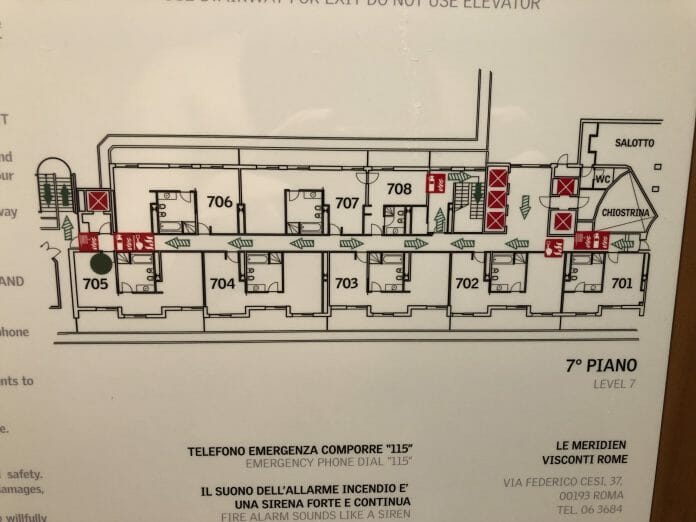 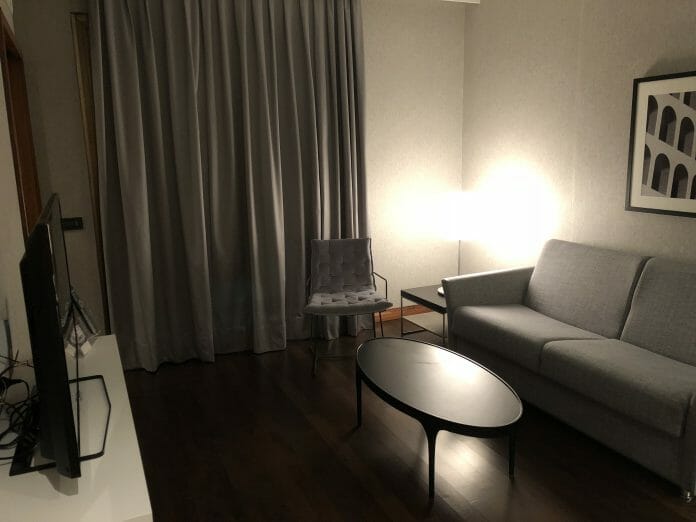 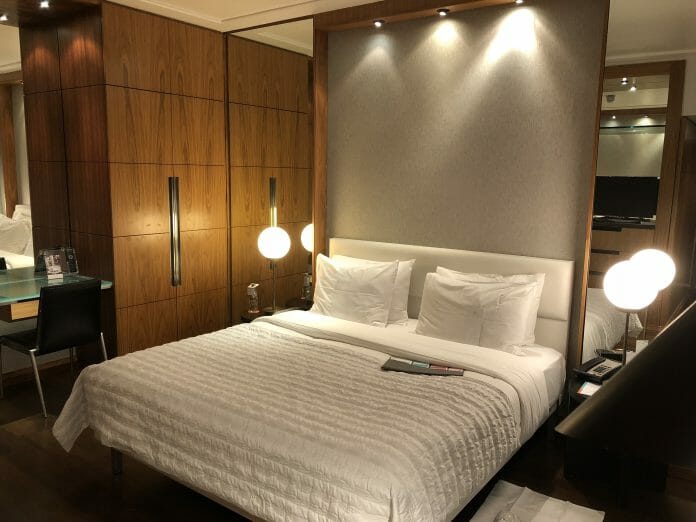 The bathroom was simply enormous and almost felt like a waste of space.

The next morning was a wonderful surprise, when I woke up to a snow scene on the terrace. The bar on the same floor was also covered with a layer of fluffy snow. 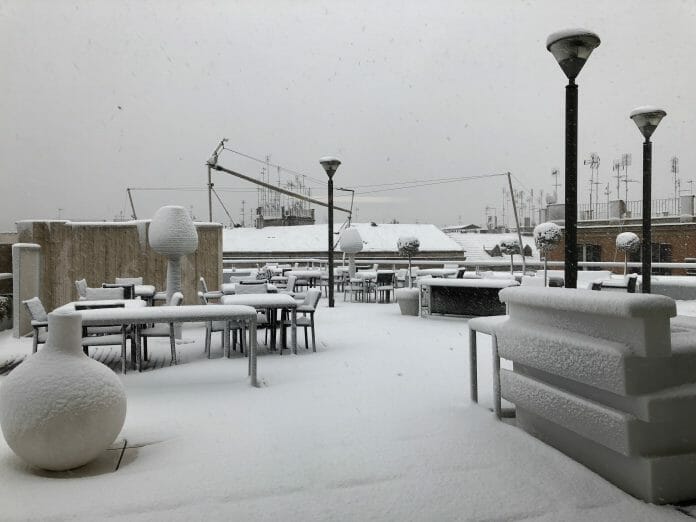 Making my way down for breakfast, which I chose in lieu of Starpoints for my Platinum gift, the staff told me it last snowed in Rome 6 years ago!
She congratulated me repeatedly for my good luck! 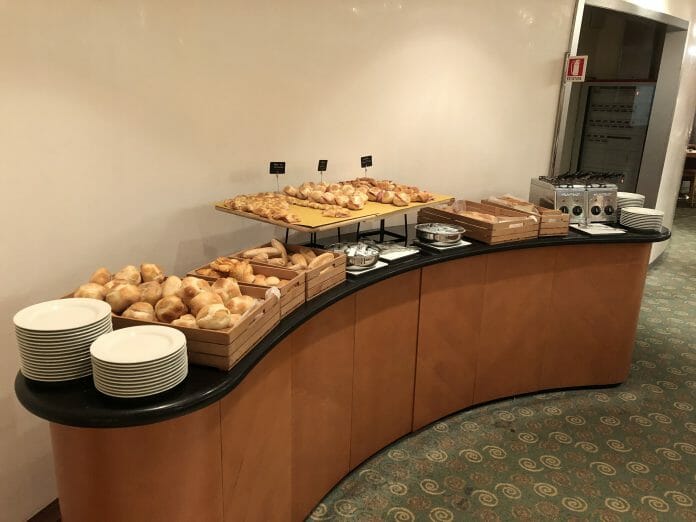 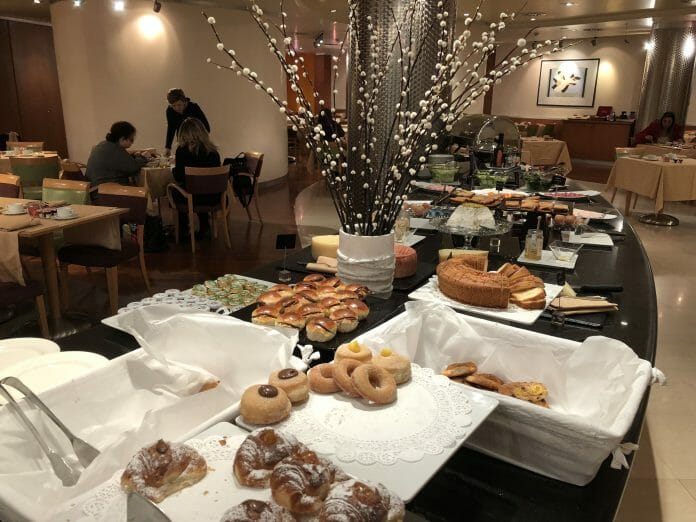 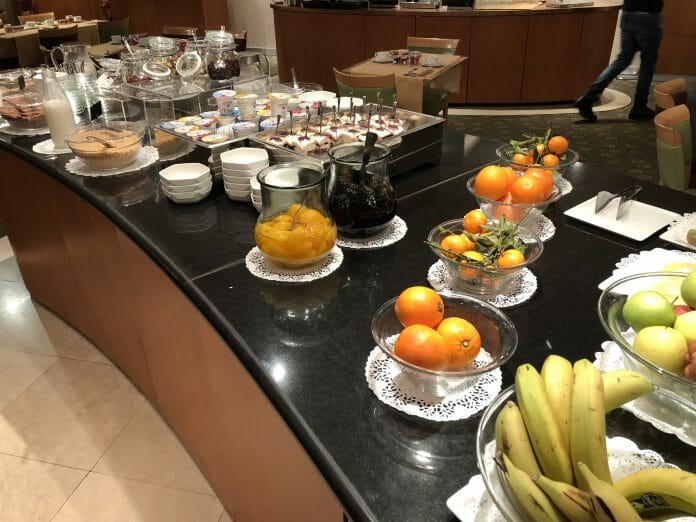 The breakfast wasn’t too bad, but still a notch below the Westin. The items were identical for my 2 nights there, so I’m curious how often they change the spread.

I managed to hit the gym during this stay and found the place empty and adequate for a light workout. It was located where the meeting rooms were and a little out of place in my opinion. The bar on the ground floor was right next to the front desk and the snow made it look really nice. 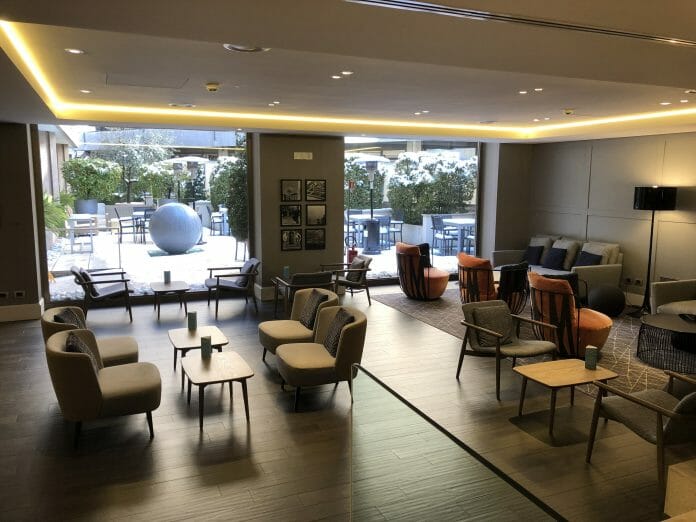 I visited the Spanish Steps again but was quite disappointed that the snow had largely melted. 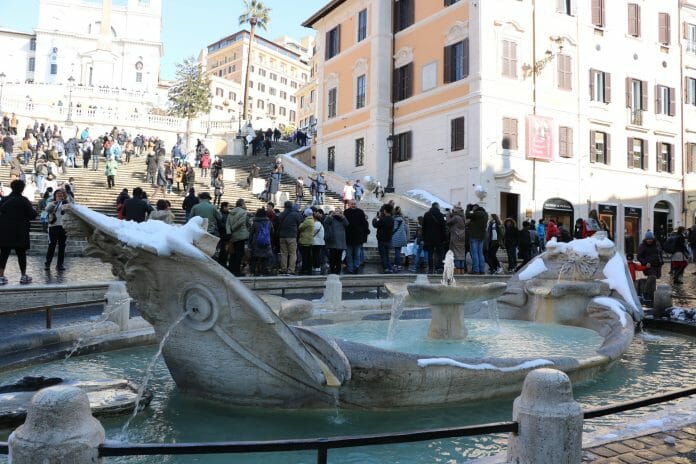 Overall, the Le Meridien is a good lower cost alternative to the Westin and the St Regis at rates usually lower than 200Euros a night.

I was pampered with a great upgrade which was extremely pleasant, and the breakfast was more than acceptable.

Service was good as outlined above and the location is excellent if visiting the Vatican is on the itinerary.

This would probably be the hotel I would return to if I’m looking at Starwood options in Rome.

Fred Ee
Dr Frederick Ee is a medical doctor, author, blogger and traveler. He discovered his passion for travel on his first long-haul trip to New York City in 2012. His quest for premium travel experiences started on that very same flight as he endured a smelly foot beside him from the passenger behind him for the 24 hours of flight from Singapore to New York. He blogs at goodhotelreview.blogspot.com, focusing on hotel experiences. His most memorable moment of travel was to participate in the resuscitation of a collapsed patient during a long flight to Paris. Feel free to add him on Facebook with a message and his Instagram at @drfrederickee. He would like to thank MileLion for having him as a guest writer and hope readers would enjoy his writings and musings.
Previous articleReview: Conrad Macao
Next article30K Miles Round the Globe: Singapore Airlines A380 New Business Class SIN-SYD Review