KrisFlyer Spontaneous Escapes for May 2018 announced

Like clockwork, Singapore Airlines has released the list for May 2018. You’ll need to book these discounted award tickets by 30 April 2018 and tickets booked on Spontaneous Escapes rates are valid for travel from 1 May 2018 – 31 May 2018.

Just a reminder that tickets issued under the Spontaneous Escapes promotion are non-changeable and cannot be cancelled as well. This is unlike regular award tickets which at least allow you to refund your booking for a fee. Thus, your travel plans have to be very firm before taking advantage of this promotion (or you should buy a travel insurance policy that covers miles and points bookings).

Also note that if you are waitlisted on a Spontaneous Escapes award and should your waitlist not clear by 30 April 2018, you will be charged the normal rates for your award ticket.

Bali dropped, Hong Kong, Taipei and Seoul on discount and many more

Unlike April’s list, Bali has now been dropped from the list of destinations available for South East Asia but Bangkok still remains. Further up North, Hong Kong is still being included but this time around, business class seats are on offer for selected flights.

Favourite holiday destinations of Taipei and Seoul are also in the list of available destinations. SQ856 to Hong Kong and SQ861 from Hong Kong operating with the new A380 is on the list of flights that are being discounted, so if you’ve been wanting to try out the new A380 business class but don’t have the time to head to Sydney, this would present a good chance for you to do so as well.

The Suites seat map for both SQ856 and SQ861 confirms that it will indeed by the new A380 since Suites are configured in a 1-1 layout on the new A380s. 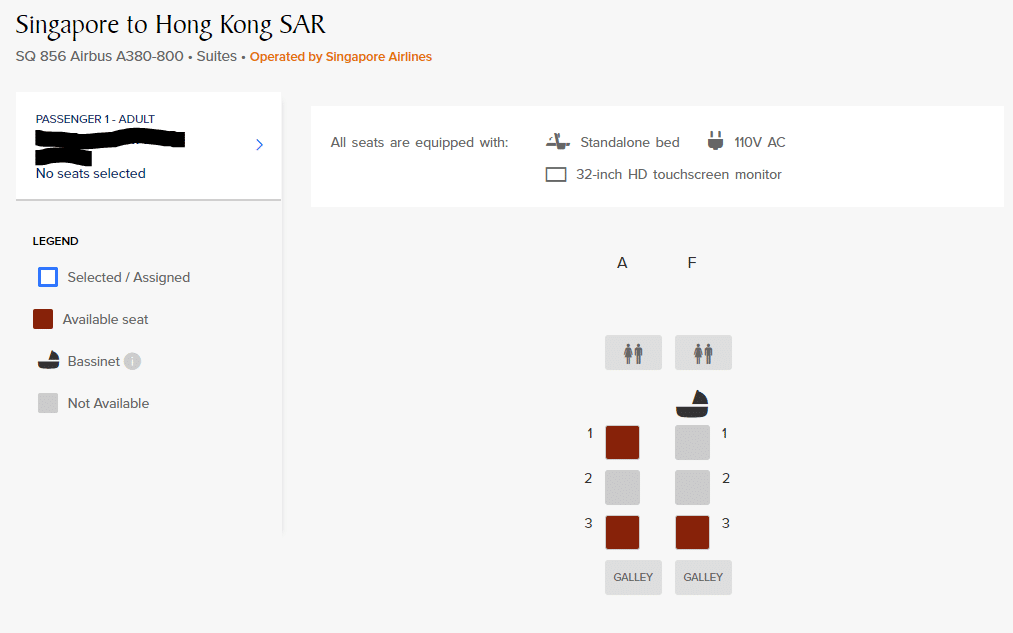 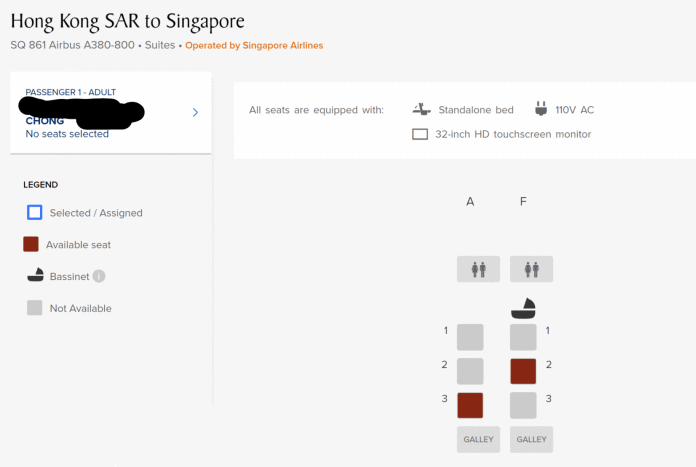 The list of destinations on offer to Australia largely remains the same but there is the inclusion of Perth this month. Interestingly, Sydney on SQ221 and SQ222 is on offer yet again giving you the chance to experience the new A380 products for less.

Also, SQ215 and SQ216 to and from Perth are the flights being operated by the brand new Boeing 787-10 Dreamliner with the new regional business class product and hence this is a great chance to snag a discounted award flight to experience it for yourself. However if you’re interested in trying out the new regional business class product but can’t afford the time to head to Perth, Bangkok would still be served with the Boeing 787-10 in May on select days and at 14,000 KrisFlyer miles one-way in business class, I would definitely go for it. (Update : SQ972 goes back to being operated by the Airbus A330 from 7 May 2018 onward)

Our favourite European destination of Dusseldorf makes yet another appearance in the KrisFlyer Spontaneous Escapes list. This time round Frankfurt, Munich and London are also included in the list of discounted destinations to Europe, albeit them being available for redemption in economy class only.

For the list of destinations being offered on SilkAir, nothing really catches my eye and everything on offer is only for redemption in economy class.

Do take note of the blackout days which apply throughout the month for flights to Hong Kong and Taipei, as well as the blackout dates applicable for other city pairs.

Here’s the full list of destinations for your perusal :

Dusseldorf has been appearing without fail each month, meaning there should be plenty of seats available on that flight. Even though your favourite European city might not be on offer in business class, you can always use Dusseldorf as a spring board to get to your final destination by booking a cheap onward connecting flight.

Matthew Chong
Addicted to luxury travel while trying not to go broke, Matthew is always on the prowl for the best deals in the travel industry. When he's not busy studying, he can be found trawling the internet and reading up on credit cards, airlines and hotels. He also wouldn't mind taking you out on a date.
Previous articleEverything you need to know about the combined Marriott-Starwood loyalty program
Next articleHilton Great Getaways Sale- Australasia, India, and Southeast Asia up to 25% off

Singapore Airlines will operate more than 600 flights in August 2020, with the same 27 destinations kept in its network.
Read more

Turn your oneworld or SkyTeam status into Star Gold status with TAP Portugal, for a 70 euro co-pay.
Read more

Please could you give us an opinion on whether in these situations whether we should still redeem economy or business.

I will just be going around the Asia regions on offer, the flights are less than 3 hrs, business class is roughly 60% more miles.

Crystal Meideng
Reply to  one wing

For me I would as I have miles to spare. I don’t get many off days every year.

Unless I need the miles elsewhere. I would go for more value in business class.

If you have like a million miles in your account, you should not think of this. But I you are trying & trying to save up miles for big trip. Then I would recommend you to book economy and save the miles for longer flight.

Ken
Reply to  one wing

The best value redemptions, so far as SQ is concerned, are always F redemptions, because the dollar value is the highest, because SQ never gives discounts on F seats. However, this is “perfect world” scenario, in that you have ‘deep pockets’ of miles to burn.. therefore, ‘best compromise’ redemptions are in J, where it’s much better value (even though SQ has J sales, dollar quantum still quite high). Worst value would be Y, simply because, for example, why redeem 25,000/ 30,000 miles for Return BKK/HKG, for which u had to spend (eg.) $13,000/$15,000 to get those miles, when you could’ve… Read more »

one wing
Reply to  Ken

Agreed you guys are right. Seems like I should fly budget airlines for the short trips within 4 hrs from Singapore and redeem business class seats when I fly further to places like Japan and beyond.

Ken
Reply to  one wing

Actually, u should check out promo fares from full service carriers before jumping into LCCs.. very often, fares similar or just a bit more than LCCs.. depending on how near/far away your flights are.. and LCCs, you need be careful of baggage allowance and changes, do which everything may be chargeable and when you start stacking them up, sometimes LCCs winds up more expensive!

Of course not all the time, but can.. and that’s one of the ways LCCs make money.

one wing
Reply to  Ken

agreed. i tend to book of skyscanner cause i care more about the time of the flight than the carrier. i can use the bar to filter out the non suitable flight times