Wireless headphones make a debut on an airplane, for those at the pointy end at least.

Airline headsets, at least in premium cabins, have come a long way from the flimsy, uncomfortable, plastic monstrosities of yesteryear. Noise cancelling BOSE QC15s and 25s are common in First Class , and even Business Class cabins of certain airlines (eg Finnair, American Airlines).

As great as headsets have become, there’s still been a nagging first-world problem I’ve always wanted to see resolved: the cable. That annoying piece of wire can topple over drinks, get ensnared with your charging wires, obstruct your tray table and yank you back with a firm rebuke should you be so foolish to walk away from your seat (trust me, after a few glasses of champagne it happens).

This is why Singapore Airlines’ latest announcement really excites me. The airline announced today that it’s partnering with Bang & Olufsen to offer wireless headphones to Suites and First Class customers later this year. 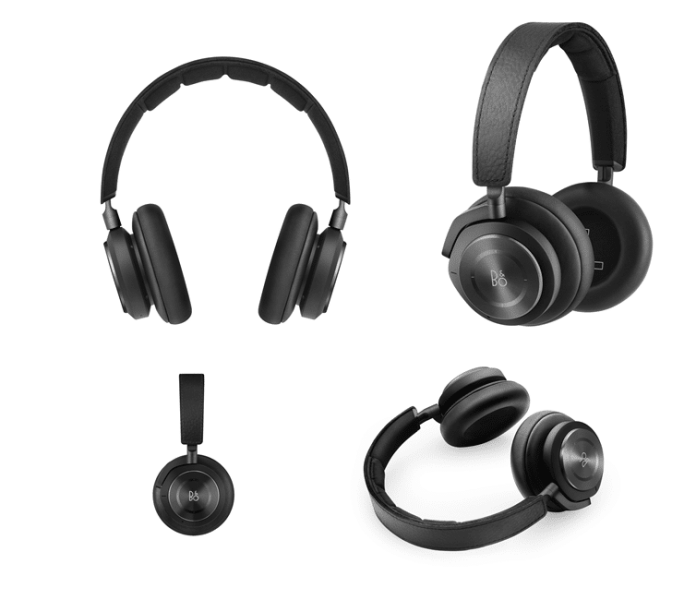 B&O’s Beoplay H9i wired headphones will be available from October 2018 on all of SIA’s latest A380 Suites cabins (i.e. flights operated by  9V-SKU, 9V-SKV, 9V-SKW, 9V-SKY and 9V-SKZ, check out our seat and fleet guide to know if you’ll get the new Suites).

The wireless version will be rolled out some time after this (the press release doesn’t say exactly when) on “selected routes in the A380 Suites cabins”. Wired H9i’s will be progressively rolled out to older A380 aircraft and other First Class cabins in November 2018. 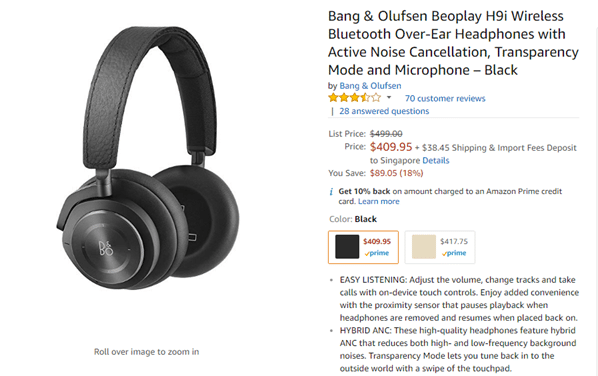 B&O H9i wireless headphones retail for US$409.95 on Amazon, a pretty hefty step up from the US$249.99 that wired BOSE QC25s are retailing for. If you’re an audio boffin you can geek out to the specs sheet here.

Another cool feature about these H9i headsets is they have something called “transparency mode”. One of the biggest bugbears my ex-flight stewardess friends have told me about (yes, The Milelion knows ex-flight stewardesses) is them having to repeat things over and over when a customer is watching a movie during meal service. Transparency mode turns off the active noise cancellation, allowing you in theory to hear your surroundings better. I say in theory because there is still physical isolation of your eardrum due to the design of the headset.

With headphones as nice as this, you have to assume that theft is a concern (I still get emails from people asking me if they can take home the headsets in First Class). Limiting the headsets to First Class makes inventory control a lot easier in that respect (keep in mind there are only 6 Suite seats on the latest A380s).

I do believe that this makes Singapore Airlines the first airline to offer wireless headphones. Will these ever diffuse down to Business Class? I doubt this exact same model will, but I do hope that wireless headphones will eventually appear in J cabins. As I mentioned earlier on, wireless technology has the potential to save many pants from inopportune drink spillage incidents.

I suppose with wireless headphones, new questions of airline etiquette emerge too. Is it inconsiderate to wear them when you go to the loo? I know/hope they’re sanitized properly between uses, but it’s kind of disconcerting to imagine that your headphones could have make journeys to the deepest darkest places of the cabin whereas before you could at least be assured they’d not leave the seat. Ah questions.

Singapore Airline’s new A380s are currently serving London, Sydney, Hong Kong, Shanghia and Zurich, so if you’re flying those routes in Suites come October, look out for your IFE upgrade.

soooo…. I guess we can’t take the headphones home?

But I do remember the old pre-911 era where they provide proper metal utensils even in economy class. So many stories of people stealing those.

I have a Japan airlines spoon in my spoon drawer right now from the 1980s. My parents have always denied thievery.

I remember that Turkish Airways would keep an inventory of headsets given out at the start of the flight to biz class passengers, and would collect them back before landing. If you wanted to continue watching your show for the last part of the flight, they would then give Hoh a pair of cheap disposable earphones. Perhaps SQ will do the same thing to minimise thievery.

They still do. Sennheiser HD 4.50 iirc. And indeed some garbage ones as landing commences.

not sure about present day SQ but in the past they had sales where they offered staff discounts for their cutlery and fine china. Didn’t have to steal them 🙂

Although a new aircraft, my recent SQ787-10 business class flight from Bangkok have defective headphones. Only 1 side have sound. I can’t be bothered to ask for help and swop with my daughter as she was using her own kids size headphone. But yes, wires are so cumbersome. I recently bought a bluetooth transmitter to pair with my own bluetooth ear phones. Tested and work on land. Will try them in my next flight. Cheaper than flying first class, I supposed.

wireless in J ? I’d be happier if the IFE supports wireless and I can just pair mine up. I’d reckon this is something all airlines should explore