Just over a week ago, Chope sent out an email informing its users that a loyalty program will be implemented by November 2018. Barely a week later, the new Chope loyalty program has quietly gone live for some users. I believe they are doing some A/B testing before rolling it out system-wide.

The main user interface of the Chope app still remains largely the same, with the exception of the Profile tab which now shows you your Chope diner status.

It also shows you how many reservations you will need to progress onto the next tier. When making a booking, you should see the base Chope dollars that are awarded being that tagged to your status multiplier. A lowly Chope Silver member like me will now earn 125 base Chope Dollars per booking due to the 1.25x multiplier on the 100 base Chope Dollar points. 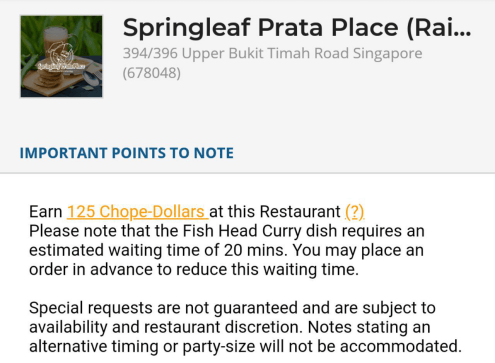 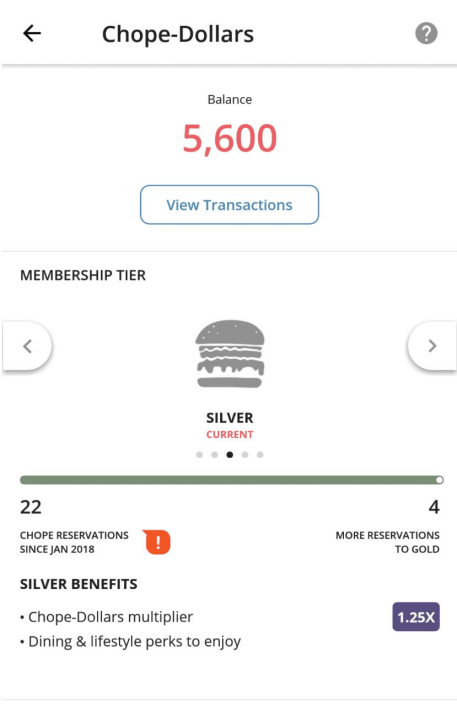 The KrisFlyer miles redemption option was there before so that isn’t new.

Prior to this update, if you wanted to redeem your Chope Dollars for KrisFlyer miles or a S$30 discount code for purchasing Chope Vouchers you simply had to click “Redeem my rewards” and you will be taken to the redemption form page. With the update, you now have to navigate into the FAQ section and click the “How do I redeem my Chope-Dollars for rewards?” tab and then manually click the redemption form.

Not that this is a major issue but hopefully Chope is able to integrate the redemption of the S$30 discount code into the Rewards tab properly in the coming months.

While the program has not been officially launched yet, I would like to believe that Chope will be adding more non-food redemption options as well as continuing to fine-tune the app before launching the loyalty program officially.

For now, I’ll be enjoying my 1.25X Chope Dollar multiplier on future dates which I’ll be having alone.

Matthew Chong
Addicted to luxury travel while trying not to go broke, Matthew is always on the prowl for the best deals in the travel industry. When he's not busy studying, he can be found trawling the internet and reading up on credit cards, airlines and hotels. He also wouldn't mind taking you out on a date.
Previous articleDBS retroactively tweaks Altitude AMEX sign up bonus T&Cs
Next articleNew Milelion webinar: learn about credit card rewards without leaving home

If you pay you won’t be alone