Singapore Airlines will fly its first regional A350-900 this month. Here’s what you need to know

SQ will deploy its first regionally-configured A350-900 to later this month. Where will it fly, what seats can you expect, and how do you book them?

The A350 is a marvel of modern engineering. More than half the plane is made from lightweight, carbon-fiber reinforced plastic. HEPA filters recycle the entire cabin’s air every 3 minutes. The cabin’s LED lamps can produce 16.7 million shades of light. Cabin humidity can be kept at a relatively high 25% (versus 20% for older aircraft), while pressure can be maintained at a pleasant ~6,000 feet (versus 8,000 for older aircraft).

Singapore Airlines currently has two different versions of the A350 in its fleet. There are 21 A350-900s, which serve a mixture of medium and long haul routes. Then there are 5 A350-900ULRs, which serve the ultra long haul non-stop routes to the USA.

Later this month, Singapore Airlines will start operating its first regional-configured A350-900 aircraft in the form of 9V-SHB, which flew from the Airbus factory in Toulouse to Changi Airport on 1 December.

How is the A350 regional business class cabin different from the other A350 aircraft?

With three different A350s in the fleet, there’s bound to be some confusion about the types of seats available at the pointy end of the plane. It’s quite simple, actually:

There are 40 Business Class seats in the cabin of the regionally-configured A350-900, the same ones as those you’ll find on SQ’s new 787-10s. I’ve not actually flown an aircraft with these seats before, but I have toured the cabin previously and I think they’re very impressive for the routes they’re meant to service (up to 7 hours).

The Business Class seats are configured 1-2-1 with all aisle access. Each seat converts into a full-flat 76 inch bed, and measures 26 inches in width. All seats come with in-seat power supply and USB ports standard, and a 17 inch full HD touchscreen monitor.

My only negative comment is that portly individuals will find the seat width a tight fit especially with the armrests raised. Hopefully, since the A350’s fuselage is slightly wider than the B787, there’ll be a bit more breathing room on this version.
What’s also interesting is that the A350-900 regional business class cabin is divided into two sections. There is a forward cabin of 28 seats, and a rear cabin of 12 seats. 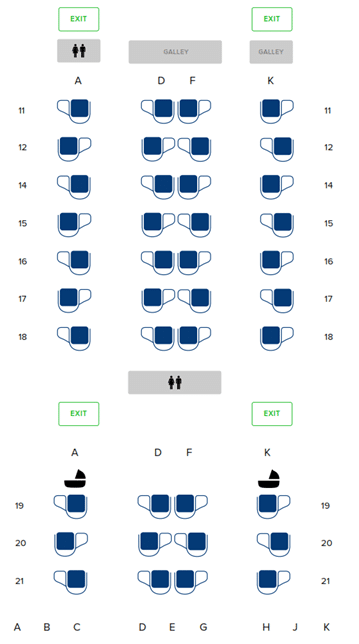 Will there be Wi-Fi?

Yes indeed. The regional A350-900 aircraft will have Wi-Fi provided by SITAONAIR, similar to the system you’ll find in the latest A380-800 aircraft.

This means that Wi-Fi should be priced as follows, with Business Class/PPS members getting their usual 30MB free allowance.

Using SITAONAIR unfortunately means that Citi Prestige cardholders with a Boingo subscription will not be able to get free inflight Wi-Fi. You can refer to the Milelion’s Wi-Fi guide for a rundown of what aircraft have which Wi-Fi system.

How is award availability?

Award availability to ADL is a mixed bag. Although I could find at least one Business Saver seat available throughout the post-Christmas period out of SIN…

…there were very few days with Business Saver award seats heading back to SIN.

As covered in my article on partner bookings of Singapore Airlines’ regional business class, it seems like the ADL route is totally blocked from non-KrisFlyer redemptions, so you won’t be able to use LifeMiles or other Star Alliance FFPs to book it. SIN-CGK, however, has plenty of availability, although one should consider the merits of flying Business Class on a flight that’s less than 2 hours.

The arrival of the B787-10s and A350-900 Regionals mean the days of the angled-flat A330/772s are numbered. And to that I say, “good riddance”. The angled-flat product was never meant to be anything more than a stop-gap solution, and flying it on an overnight red-eye was well below the experience you’d expect from an SQ premium cabin. 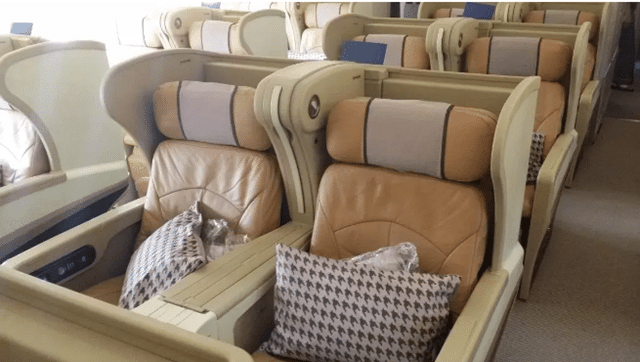 Aaron Wong
Aaron founded The Milelion to help people travel better for less and impress chiobu. He was 50% successful.
Previous articleQatar Airways makes SIN-DOH an all QSuite route from March 2019
Next articleAnnouncing The Milelion’s Monthly Miles Meetup for December

Do you know the eventual breakdown of the 350 fleet? How many long-haul vs regional vs ULH

sq has ordered 7 ULH. there will be a total of 67 regional and “regular” A350s, of which 21 are currently in the “regular” configuration. of the remaining 46, i’m not sure how many will be in regional vs “regular”

Apologies up front for nitpicking; but in the paragraph –

“What’s also interesting is that the A350-900 regional cabin is divided into two sections. There is a forward cabin of 28 seats, and a rear cabin of 12 seats.”

You omitted the word ‘business’ between ‘regional’ and ‘cabin’ – while most of us will know you refer only to the business class seats; the 2-liner made it sound like the aeroplane has only 40 seats in all.

Keep up the good work … I am a keen follower …

good spot chris, thanks for keeping me sharp! will fix it to avoid any misunderstandings.

I tried the 787-10 last year returning from BKK.
Even though I am not a big person, I could imagine other people of girth having issues with the width of the seat.
I do look forward to trying the A350 version of the regional business class seat … though a long time away, next July! flying from Singapore to Adelaide .

personally i prefer the older a330 as compared to B787 regional J. The 787 seats were very claustrophic and a bit uncomfortable as i am quite big sized

I’m half with you, Z.. and I don’t know you so I’m not refering to the size bit.. but on short flights of maybe 3-4hrs and under, for sure up to BKK, where I’d never bother to ‘go flat’, I prefer the 2-2-2 seats on the A330.. more sense of space, especially feet area.. Exception would be if I’m going to ‘as far as’ ICN or FUK.. then I’d prolly ‘begrudgingly’ prefer the new RJ seats.. cos I’ll likely want to ‘go flat’ for some shut-eye, in which case, with eyes closed, then that whole ‘claustrophobic’ issue becomes less of… Read more »