How I just avoided a stay-home notice (or: Date night at the airport)

The Singapore government announced a stay-home notice for ASEAN countries on Sunday night. Guess who was at the airport when it broke.

On Sunday night, the Singapore government issued a 30-day advisory against all non-essential travel abroad. That’s all travel, even to areas unaffected by the coronavirus (a list that I’m sure dwindles by the day). In addition, a mandatory stay-home notice (SHN) came into effect from 2359 on Monday March 16 for anyone arriving from an ASEAN country. 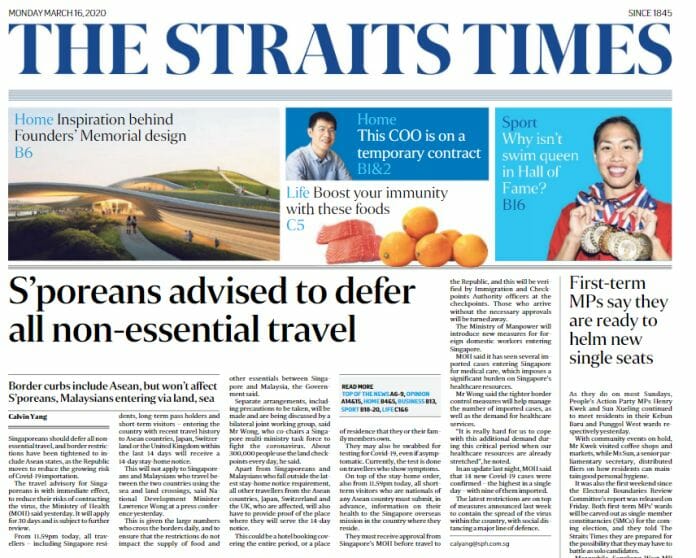 So it figures that The Milelioness and I would be checked-in and ready to fly when this news broke. And thus began a very interesting evening…

The trip report that wasn’t

When The Milelioness told me she had a dental course in KL, I got excited. Not because I’m particularly fond of anything over there (though KL is decidedly less exotic than some of her other adventures), but because I saw a great opportunity to knock out some reviews.

You see, flying to Kuala Lumpur represents a sort of sweet spot for airline lounge reviews at Changi. For the cost of a one-way Business Class ticket on Malaysia Airlines (12,500 Avios + S$55.40), you get to access the:

I’ve already reviewed some of these lounges before, but I just got myself a Google Pixel 3 and was itching to snap some better quality photos. Besides, I really wanted to visit the recently-opened Qatar Airways Premium Lounge, which has a full-service bar and a dine-on-demand restaurant.

So the plan was to fly out on MH 616 on Sunday, 15 March, and back on SQ 119 on Tuesday, 17 March. 48 hours, in and out, easy-peasy. As far as my trip report routings go, this would probably be the most straightforward ever. 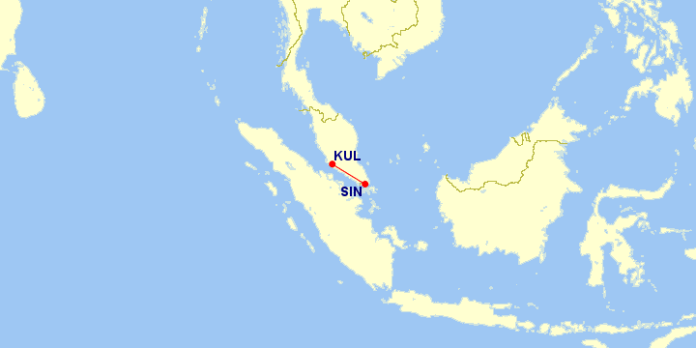 But we never even set foot on the plane.

Changi Terminal 2 was dead quiet when we arrived at 3 p.m, not a surprise given all that’s going on now. The check-in at the Malaysia Airlines desk took all of two minutes, as we only had a single carry-on bag (this proved to be a lifesaver later on).

The agent gave us our boarding passes and invited us to visit the SATS Premier Lounge. “Oh no we won’t”, I said to the Milelioness. I don’t care if it won Priority Pass Lounge of the Year 2017, no self-respecting Malaysia Airlines passenger at Changi should end up there.

Instead, we took the skytrain over to Terminal 1, where I got busy snapping photos of the Qantas Business Class lounge. It’s a testament to the Pixel 3’s camera and software that a complete noob like me can get pictures like this:

After that, I paid a quick visit to the British Airways lounge next door. Although it’s architecturally stunning, the F&B selection was miserable. No hot food, no tended bar, no match for Qantas.

I’ll do a full report on the lounge later this week, but the tl;dr version is that it was everything I’d hoped it would be- amazing service, beautiful interiors, and excellent catering.

As the food arrived, I wondered in amazement how many Malaysia Airlines Business Class passengers were missing out on this each day at the “lounge of the year”.

The food was delicious and the wine sublime. All was right with the world.

And then things went pear-shaped. The news came in, courtesy of the ever on-the-ball Milelion Telegram group. 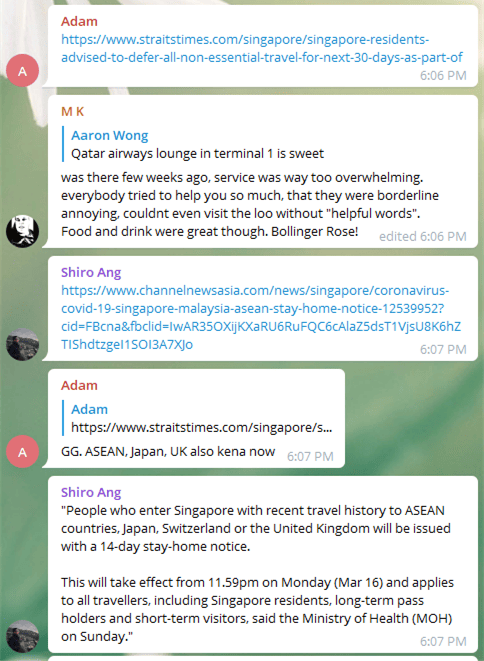 I articulated something that can be politely paraphrased as, “oh heavens, that’s ever so bad” as I read the article.

A stay-home notice might be an annoyance for someone like me who can work from anywhere, but for The Milelioness, it’d be a deadweight loss. You can’t exactly clean teeth from your couch, and given our planned return of March 17, the earliest she could get back to work would be April 1.

We both set off on a flurry of calls- me to the airline and hotel, she to her colleagues and course organizer. It helped that we’d each had a healthy amount of champagne by now (Bollinger Rose), and everything took on a surreal quality.

For my part, I surmised that:

Basically, all I could do now was try and get us back landside. The Milelioness confirmed that her course would be rescheduled in Singapore via video conference, and we headed off to immigration.

Now, I’m well aware that it’s normally an offense to enter the transit area with no intention of departing Singapore. In the words of the Singapore Police Force:

Passengers who enter the transit areas with a boarding pass should only be there for the purpose of travelling to their next destinations. Those who misuse their boarding pass to enter into the transit areas, with no intention to proceed to their next destinations, are liable for an offence under the Infrastructure Protection Act. The offender may be prosecuted in Court and shall be liable on conviction to a fine not exceeding $20,000 or to imprisonment for a term not exceeding 2 years or to both.

However, this was surely an exceptional circumstance, and I can’t imagine we’d be the only travelers that evening with cold feet. At worst, they’d tell us no dice, and we’d board the flight to KL and arrange a turnaround the very next day.

Fortunately, the immigration officers were sympathetic. They told us that we would need to be escorted out by an MH staff, and sent us to the transfer desks at Terminal 2. 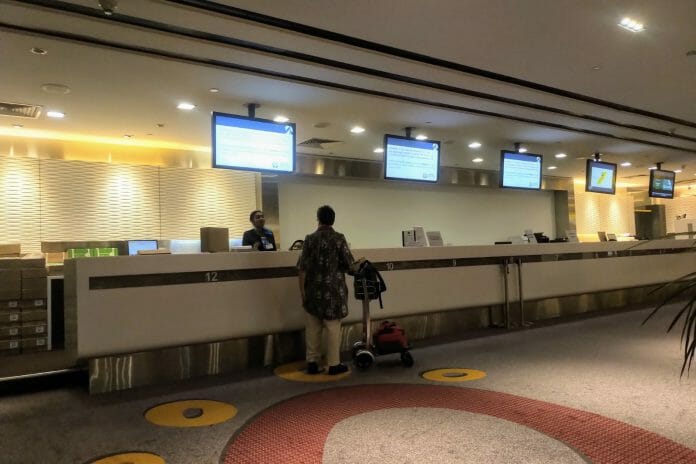 After a wait of about 20 minutes, a ground agent for MH showed up. She took our passports, filled out a form, and off we went to the arrival hall. Here’s where I was really thankful we didn’t check in a bag, which would have complicated things even more. 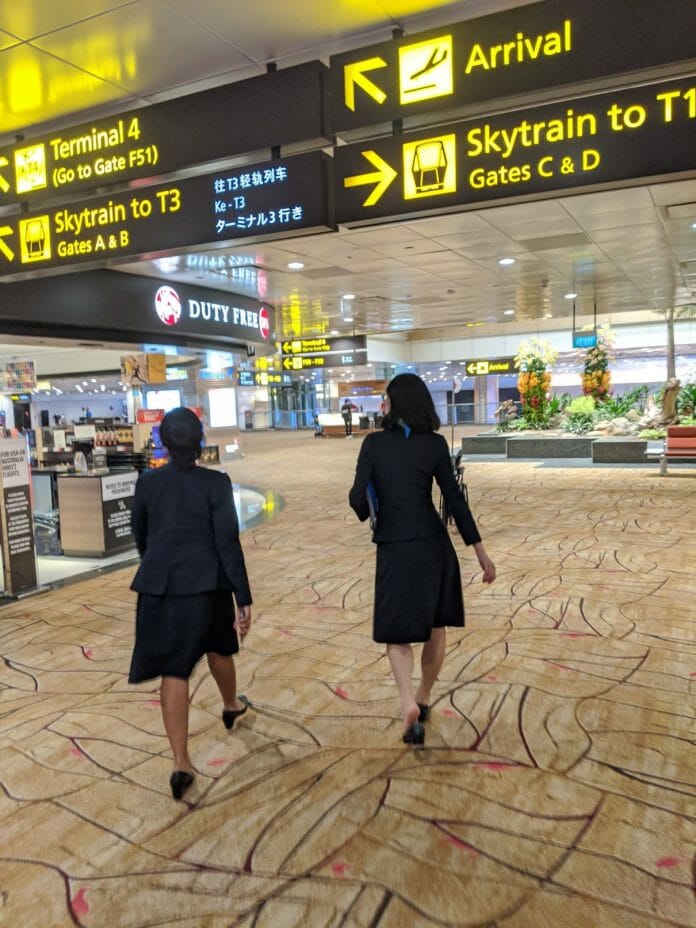 There was a brief interview by the ICA officer, namely “why aren’t you flying today” and “did you purchase any duty free items”. The whole thing took less than 5 minutes, and we were processed back into Singapore. It helps when there’s no major Korean boyband arriving that day to make ICA doubt your bona fides.

Implausibly, I felt peckish again (all that cross-border travel will do that to a person), so we capped the night off at Shake Shack in Jewel, with no queue in sight. When life gives you lemons… 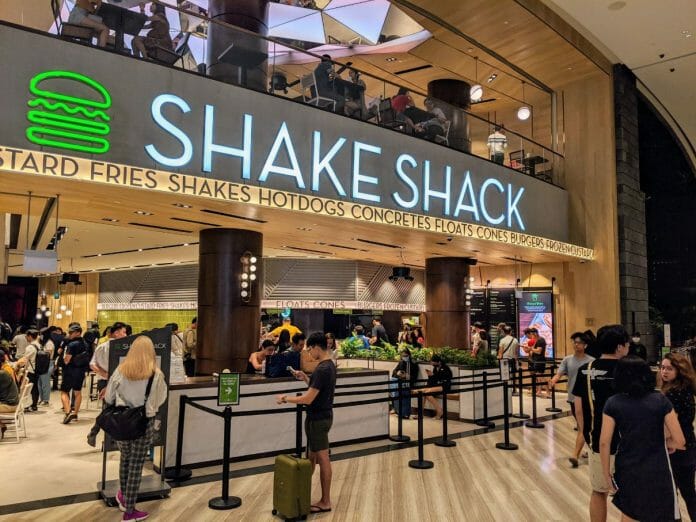 How much was I out of pocket?

In the end I managed to cancel the Hilton booking without charge and open-date the Singapore Airlines ticket, so the out of pocket cost per person was 12,500 Avios and S$55 of taxes. Those taxes should normally be recoverable if you didn’t fly, but since BA’s cancellation fee would be S$69, there was no point trying to get them back.

Losing the miles isn’t ideal, but on the bright side, I got all the lounge photos I needed plus a very nice dinner with wine. I’ve planned worse date nights.

We really dodged a bullet there, because just one day later, Malaysia announced a nationwide lockdown that comes into effect on March 18. I shudder to think about the logistics of getting to the airport for an evening flight on March 17 under those circumstances.

This is one trip report that didn’t go as planned, but thankfully we got out of it alright. It’s now 30 days of riding out the storm and seeing how other countries tackle the Covid-19 spread.

If you had travel plans during this period, I hope you’ve had similar success in getting your miles/money refunded. Hopefully your experience won’t be as eventful as mine!

One “brightside” of the exercise was definitely that you got some really great photos of the various lounges without the usual crowd.

In light of the shitty climate where it’s nothing but doom & gloom, this article made me LOL at my work desk! The killer was you feeling peckish after the scramble. I felt that…#samesies. All the best, stay healthy and keep these hilariously informative reports coming in! (P.s. Google Pixel 3 rocks!)

thanks! yes the pixel 3 is great, but dont think for a second i’ve given up my blackberry. the pixel is strictly for photos only.

I was at KL Hilton on 6 Mar and over that weekend. Did the KLIA express direct to Hilton and enjoyed the Grand Exec Suite with excess to the lounge. Generally a business hotel on weekdays with a fair bit of family weekenders on Sat/Sun. Personally i prefer the Le Meridien just next door, especially their executive lounge and the fantastic options during happy hour. Both have their standard bubbly’s equivalent…so i am good 🙂

i was deciding between the two, but i got a BRG at the hilton that brought the room rate down to S$70 a night. hard to beat…

The Singapore restrictions are a minor inconvenience as you could have always chosen to fly to JHB and take the bus back into Singapore (land crossings are exempted from SHN).

i wouldn’t have wanted to risk the jam or the stress of the bus ride, especially when many people have the same idea…

and most people won’t want to be in a locked down malaysia. too scary.

Assuming you can find someone to take you across the border. Cross-border public bus services are suspended and there’s no bas pekerja to take you across since the workers they normally ferry won’t be crossing anyway. I guess you could take the train though.

There’s always walking across the causeway as the last resort. Thousands of commuters do it every day. It can’t be that difficult.

Yeah I guess. Or hitchhike on a lorry.