Singapore Airlines and SilkAir will be operating slightly over 300 flights in April, with outbound service to just 13 destinations.

Here’s something to chew over.

This is Singapore Airline’s and SilkAir’s regular route network, that was in operation as recently as January. 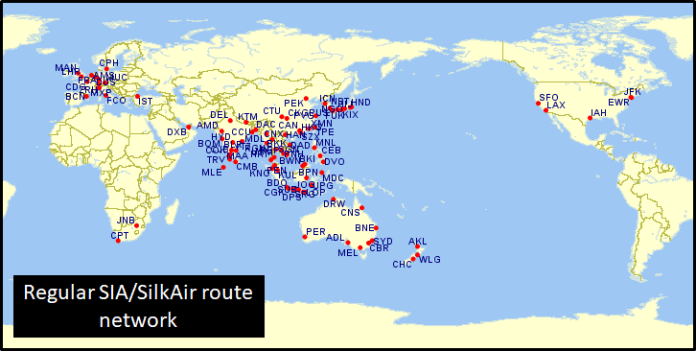 And here’s where they’re flying to in April.

It makes for painful viewing.

This isn’t unique to Singapore Airlines, of course. Airlines around the world have been eviscerated by the Covid-19 outbreak, and air traffic is at an all-time low. Pay a visit to Changi now, and you’ll probably see something like this:

At the same time, it’s extra poignant to see this hitting so close to home. Every cancelled flight means more pay cuts, more staff and pilots asked to go on unpaid leave, more hardship for those in support services like catering and baggage handling.

What flights are still operating in April?

It speaks volumes that when Singapore Airlines announced its first Covid-19 related flight cancellations in February, the accompanying documents listed the dates of cancelled flights… 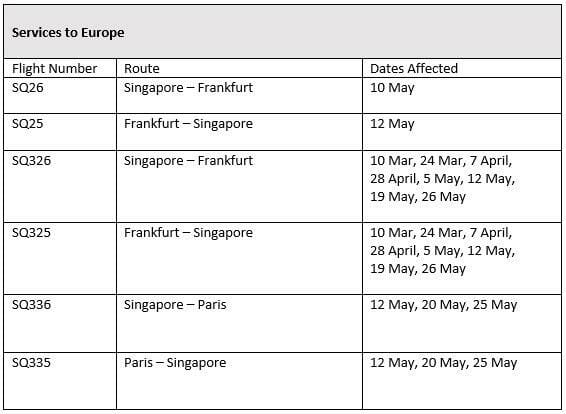 …whereas now, it’s become easier to simply list the dates where flights are operating.

All in all, I count 308 flights scheduled for April, from Singapore to 13 destinations (I’m not including Hanoi or Ho Chi Minh City in the destination count, since these are only scheduled inbound to Singapore). That works out to about 4-5 flights departing Singapore daily. 4-5!

I paid a visit to Changi last week, and although I knew what to expect, I still got major feels walking through the terminals. Whether it was 1, 2 or 3, the whole place had a real “Last of us” vibe.

Jewel wasn’t any better, with reliably crowded haunts like the Pokemon Centre empty, and many merchants running rock bottom promotions. The Changi Lounge is now 50% off, for what it’s worth. 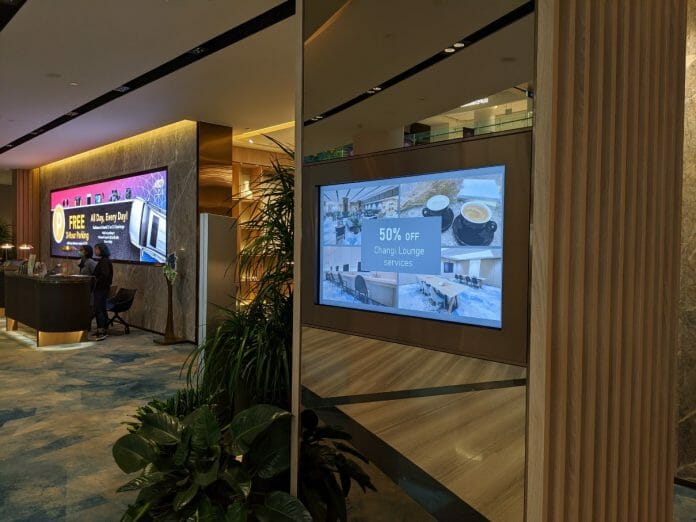 At least I managed to get a nice shot of the waterfall for once, with added rainbow bonus. 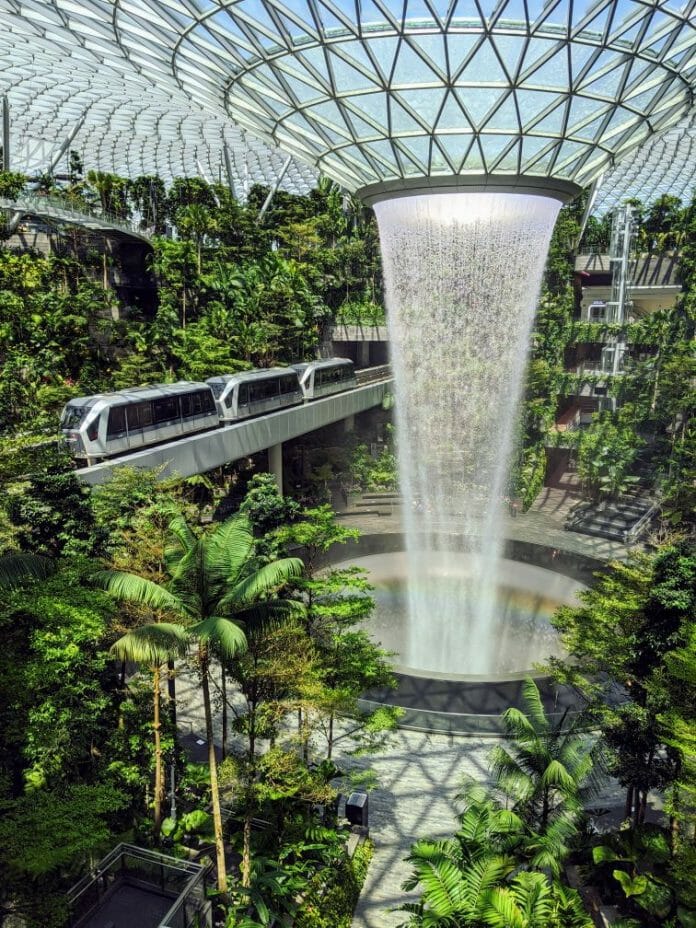 Singapore Airlines is maintaining bare bones connectivity to Australia, Europe and the USA, despite the extensive fleet groundings. I doubt it makes a difference to most people, given that no one’s going to be traveling any time soon.

Still, it makes you nostalgic for the days when the biggest concern was what destinations were coming out for Spontaneous Escapes…

Aaron Wong
Aaron founded The Milelion to help people travel better for less and impress chiobu. He was 50% successful.
Previous articleChope suspends all ChopePerks redemptions until November 2020
Next articleGot a staycation before or during the circuit breaker? Please don’t take it

My sq22 flight to new york city on 24 Apr still shows “confirmed” on my manage trip. why is this so?

Hello from Sydney. Love the shot of the waterfall Aaron!

Hope you’re doing well over there! Yes, it’s my new pixel 3. Love the camera, it even makes me look competent.

haha you’re a funny one. things are OK here, good luck with the upcoming lockdown!

It is very sad to see our airport in this situation…