Maybank improves the Enrich transfer rate to match KrisFlyer and Asia Miles, but it's still not a program worth considering.

Although more transfer options are never a bad thing, this development was close to useless. First and foremost, Malaysia Airlines Enrich underwent a massive devaluation in 2017, gutting it of value. Second, unlike the 2.5:1 transfer ratios for Asia Miles and KrisFlyer, Maybank adopted a 3.5:1 ratio for Enrich.

So choosing Enrich points not only meant settling for an inferior currency, you also earned it 40% slower.

Maybank has enhanced transfers to Enrich…

The value of Enrich points is still highly debatable, but on the bright side, Maybank has enhanced the transfer rate.

The Maybank TREATS portal has been updated to reflect a 2.5:1 transfer ratio for Enrich. As an added bonus, Enrich also has the smallest transfer block of all the full-service frequent flyer programs, with a minimum transfer of 2,500 points.

This means you’ll now earn Enrich miles at the same ratio as KrisFlyer or Asia Miles.

…but that doesn’t change much

On the other hand, Enrich remains fundamentally unattractive.

Malaysia Airlines has backtracked on its 2017 decision to exclusively use dynamic pricing for awards on its own metal, and now has a hybrid system that also features fixed cost awards.

That said, it’s still extremely uncompetitive. These “fixed-base” awards cannot be cancelled, and you’ll need to pay fuel surcharges on top of the miles. If you’re starting your journey in Singapore, you’ll also need to pay an additional 8,000/18,000 miles to position yourself to Kuala Lumpur. 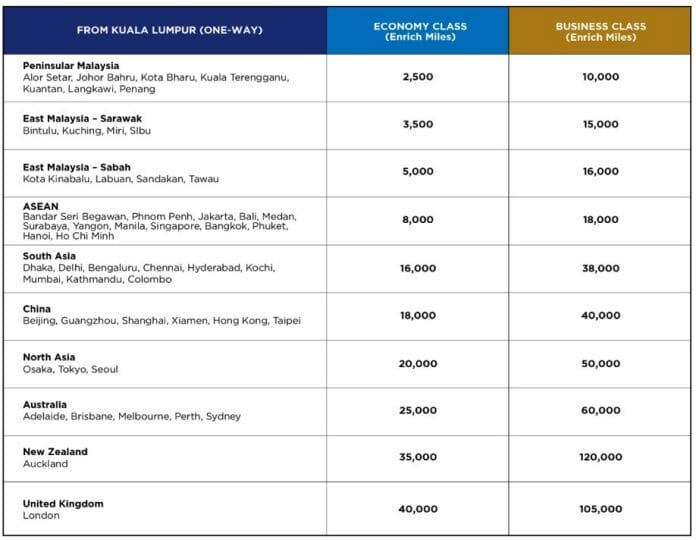 As a reminder, here’s Malaysia Airlines’ award chart for travel on partner airlines. Those are some scary expensive prices, and don’t forget that one-way awards cost more than 50% of return awards. 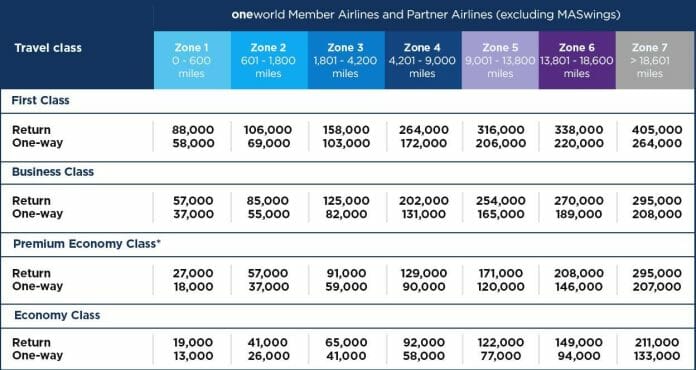 If you’re combining travel on Malaysia Airlines with oneworld partner airlines, it gets even more pricey. 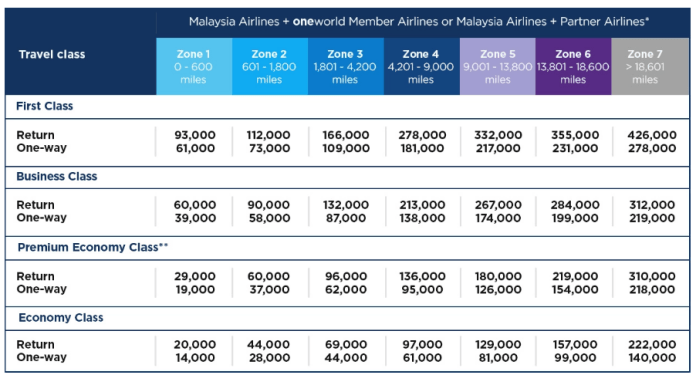 Malaysia Airlines has partner redemption agreements with Emirates, Air France, and Etihad as well. However, Enrich members can only access Business and Economy Class seats on Emirates.

Although there are no such restrictions for Etihad awards, the redemption rates charged by Enrich are just flat out uncompetitive. For example, Abu Dhabi to Sydney would cost about 136,000 miles through Etihad Guest. Through Enrich, you’ll need 172,000 miles.

Add the fact that fuel surcharges will be the same across programs, and there’s really no compelling reason to use Enrich.

What other banks offer transfers to Enrich?

If you’re still keen on transferring points to Enrich, you can also do so via American Express and Citibank cards. Standard Chartered used to offer Enrich as a transfer partner, but removed it earlier this year.

While it’s good that Maybank has harmonized the transfer rates across frequent flyer programs, there’ll be very little practical impact on cardholders. Enrich is simply not a very good scheme to begin with, and you’re better off transferring your points to KrisFlyer or Asia Miles.

Aaron Wong
Aaron founded The Milelion to help people travel better for less and impress chiobu. He was 50% successful.
Previous articleAir Canada’s Aeroplan is holding a mega miles sale, but there’s good reason to be cautious
Next articleCitibank has been pushing its Pay with Points feature. Here’s 3 reasons to avoid it

Personally, the MH370 event is still deeply etched in my head so even if the miles made sense, I wouldn’t touch Malaysia Airlines with a ten-foot pole.