There's one less SilverKris lounge in the world, as the Adelaide Airport authorities take back the space for redevelopment.

Of the 15 SilverKris lounges worldwide, only the one in Changi Terminal 3 is open right now. All the rest have been temporarily shuttered, awaiting the end of the Covid-19 pandemic.

No one knows when that will be , but what we do know is there’ll be one less lounge reopening. As per Executive Traveller, Singapore Airlines has made the decision to permanently shutter its SilverKris lounge at Adelaide Airport.

“At the request of Adelaide Airport the area was handed back … to allow the Airport to undertake upgrade works during the current downturn in international travel,” a Singapore Airlines spokesperson confirmed to Executive Traveller, adding “we are reviewing future lounge options for our customers in Adelaide.”

I never visited the Adelaide lounge before, but by all accounts it was a perfectly serviceable, if unspectacular place.

Located on level 2 opposite Gate 16, it lacked a view, and with only one Singapore Airlines flight per day, didn’t open for all that long.

It never received the “home away from home” makeover that was rolled out in Sydney, London, Manila, Hong Kong, Brisbane, Bangkok and Seoul (but then again, neither did the lounges in Singapore), and at 15 years old, was well past its prime.

Interestingly enough, the items in the lounge are now up for auction. If you ever wanted to own a set of SilverKris lounge chairs or a communal microwave, now’s your chance. 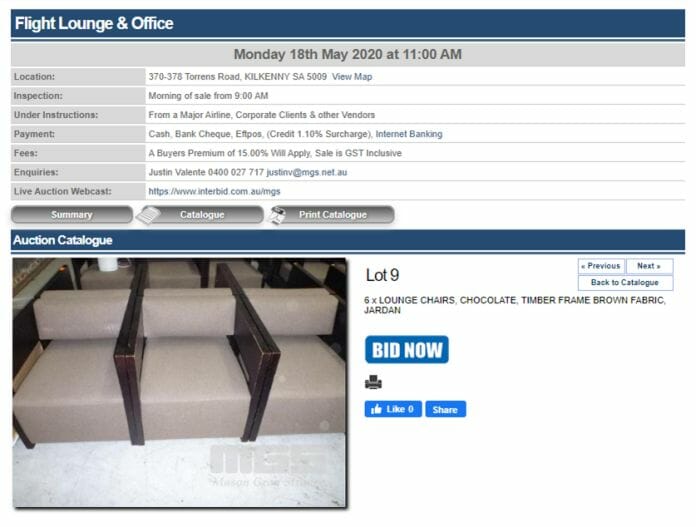 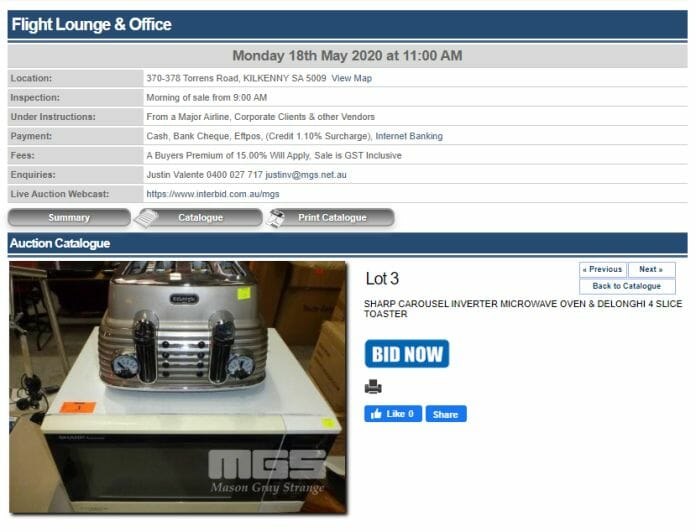 I really hope they give that microwave a good scrub…

What lounge will customers now use?

Adelaide Airport is a bit of an oddity, where domestic and international passengers share the same terminal (with segregated areas, obviously). This makes for fairly easy transfers, but also means that once you’ve passed immigration, there’s only a single lounge available.

Singapore Airlines operated the only lounge in the “international” section of the terminal, and plans are afoot for the airport authority to build a common lounge for all airlines by 2021 as part of its redevelopment plan.

In the meantime, it’s possible that Singapore Airlines passengers will have to use the lounge in the domestic section of the terminal. This is after security, but before passport control- kind of “landside but not quite landside”. It also means they’ll have to budget time to clear immigration, and can’t simply wait in the lounge until boarding is called.

Lounge choices in the domestic terminal include the REX Lounge (accessible also to Priority Pass members) and a Qantas Club. Singapore Airlines partner Virgin Australia was supposed to open a new domestic lounge in April this year, but since its administration, probably has other things on their mind.

There’s one less SilverKris lounge in the world, but given its age and the fact that it never got an upgrade, I doubt too many will mourn the loss of the Adelaide facility.

Singapore Airlines has suspended all flights between Adelaide and Singapore until July at the earliest, and it remains to be seen when they’ll resume service to the capital of South Australia.

Hi Aaron, Adele here from The Champagne Mile. I’m sad to see this lounge go, but interested to see what form the replacement multi-airline lounge will take. Certainly, Adelaide Airport needs it. And I’ll be crossing my fingers for a resumption of ADL-SIN passenger flights – it would be incredibly sad to see these go permanently! Cheers, Adele

Hey Adele! Great to hear from you. I’ve never been to ADL but my wife studied there, so I’m sure she’ll bring me there for a nostalgia visit one day. I’ll be sure to a trip report when that happens- hopefully you guys let us into your travel bubble 😉

Hi Aaron, sing out when you’re in town for a visit! I’ll be crossing my fingers for a reciprocal travel bubble, too 🙂