Bank of China cuts SmartSaver interest rates, and I’m so out of here

BOC will nerf the SmartSaver account from 1 August 2020, significantly cutting the bonus interest. It's time to jump ship.

Well, you can’t say it hasn’t been a long time coming.

Bank of China has announced that from 1 August 2020, interest rates on the BOC SmartSaver will be cut significantly, joining DBS, OCBC, UOB and pretty much every other bank in nerfing its flagship savings account. 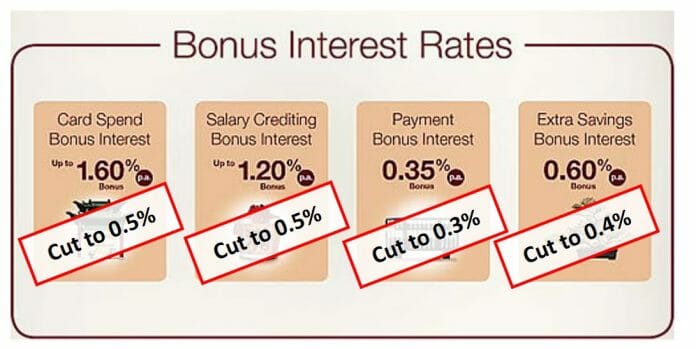 This gives customers just under a month to adjust their allocation of funds, and for me, it’s so long BOC and thanks for miles and interest (and migraines).

From 1 August 2020, the BOC SmartSaver will offer the following interest rates:

But look closer, and it falls apart.

BOC is now offering a “wealth bonus” of 1.5%, which makes up ~55% of the total account’s bonus interest. Since I have no interest in buying the bank’s investment products (I’m a DIY investment kind of guy), this is virtually irrelevant to me.

Moreover, even if I did buy an investment product from BOC, the bonus interest would only be awarded for the first 12 months.

BOC has taken the sword to bonus interest for credit card spending. Currently, you can earn up to 0.8-1.6% bonus interest by spending on your BOC cards. From 1 August, that’s getting cut to 0.3-0.5%. 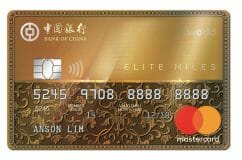 This also means that the last vestige of a use case for the BOC Elite Miles goes out the window.

But from 1 August, that same scenario will earn you only S$15 of interest (S$20 if you max out the account’s increased S$80,000 interest cap). That’s a much more marginal case for giving up miles, especially if it’s a 4 mpd opportunity.

Let’s also not forget the litany of issues that come with the BOC Elite Miles Card too- mysterious interest charges, dodgy annual fee “waivers”, a cap on the maximum number of miles you can transfer at a time..

All in all, it’s just not worth the drama anymore.

Bill payments are the easiest bonus category to earn, which may explain why so many banks have removed them. BOC hasn’t, to their credit, but they’ve reduced the bonus interest ever so slightly from 0.35% to 0.3%.

You’ll need to pay at least 3 bills of at least S$30 each, via GIRO or BOC Internet Banking/BOC Mobile Banking Bill Payment function.

Base interest has also been cut 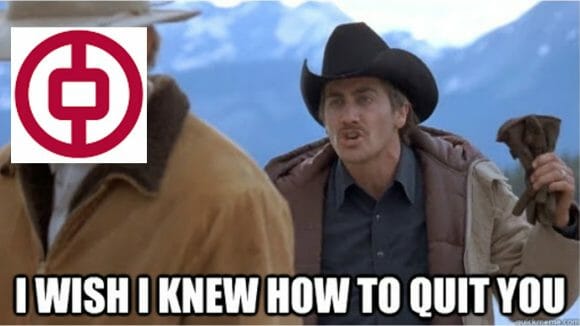 I’ve been a BOC customer since July 2018, and my relationship with them has been…complex. The customer service is awful, the IT antiquated, the shenanigans plenty, and yet I stuck with them for the promise of high miles and interest.

That Faustian deal has unraveled in recent times. In June, the BOC Elite Miles was well and truly nerfed, leaving it a shell of its former self. And yet, the SmartSaver received a stay of execution thanks to the OCBC 360’s devaluation. Even with no credit card spending, I’d still be earning 1.95% p.a with the SmartSaver, more than the 1.25% p.a on the 360.

With the new interest structure, however, the best I can manage with the BOC SmartSaver would be a paltry 0.95% p.a:

So I’m out. It’s going to be a pain to spend the next few weeks redoing all my GIRO arrangements, but it is what it is.

BOC’s only saving grace was its high interest rates- take those away, and I’d much rather place my money with a bank that doesn’t require me to go down just to link my credit card to ibanking.

Low interest rates aren’t a BOC-specific phenomenon, of course. As mentioned at the start, we’ve seen many banks cut their rates over the past few months, making savings accounts less and less attractive.

I’ve attempted to forestall the impact by opening a Singlife Account and parking S$10,000 at 2.5% p.a, and also a Dash EasyEarn account for a further S$20,000 at 2% p.a. Beyond that, however, it looks like I’ll be forced into the market if I want to earn a decent return on my funds.

BOC customers- what are your next steps?

Not BOC, but affected by DBS Multiplier rate cut. Moving some of my money to Dash EasyEarn, then considering whether to open Elastiq to put some more money.

getting into the market is not necessarily a bad thing if you have savings beyond 6-12 months cash expenses ready.

the yield on some older corporate bond issues are good too because of current pricing.

i’m trying to be disciplined with my DCA, but can’t shake off all the talk that “the market’s going to crash any minute now”. it kind of puts me in two minds- continue DCA-ing, or wait for the prophesied crash?

no point timing the market. just go for company stocks that would be able to rebound post covid 19 and dca on those.

You missed out including the “Bonus Interest” of 0.4% which is awarded for fulfilling any one category. I think it is still the highest interest account out there:

“bonus” only applies to balances above the 80K

DCA requires faith and discipline. And choosing TSLA instead of wirecard or luckin.

IMO multiplier is current low-hanging fruit for Singapore consumer banking at 1.3-2.8% for 2 transactions and 2.0-3.8% for those with mortgages. Easy for 50K/100K savings without irritating-to-change GIRO or minimum card spends.

More than that and we’re in bond territory – easier with SGD but more liquidity with USD. At current prices some investment grade bonds are 4-8% yield, more with leverage.

Let’s just not bring in the topic of putting money in investments.
Just by looking at this type of savings account, BOC still seems better than the similar multiplier savings account offered by OCBC, DBS, UOB, dont you think so?