Google Pay adds support for DBS PayLah; earn up to S$50 per week by sending money and making payments

Google Pay launched P2P payments in Singapore back in April. Users can earn scratch cards of varying cash amounts by making payments, and this remains the only way to earn rewards on PayNow transfers. 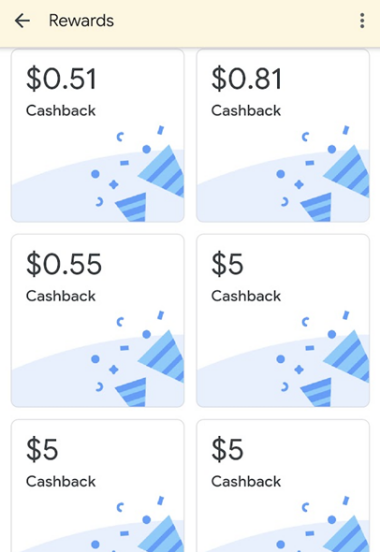 To transfer money via Google Pay, you’ll need to link a bank account to the app. Initially, only OCBC accounts were supported. However, Google Pay now supports DBS PayLah, which means that DBS customers can get in on the scratch card fun too.

If you don’t already have a Google Pay Singapore account (it’s available for both Android and Apple devices), you can get S$5 free when you sign up via the link below and make a payment of at least S$10 (just send money to a friend or family member).

From now till 31 October 2020, Google Pay users can earn up to S$50 each week via scratch cards for making either in-store payments, or sending money via PayNow to friends & family.

In-store payments: Up to S$20 weekly 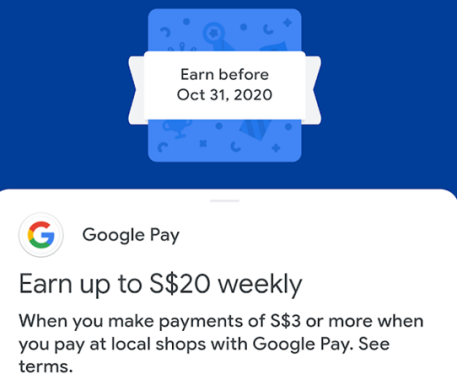 When you use Google Pay to make a payment of at least S$3 in-store, you’ll receive a scratch card worth up to S$10.

You can earn a maximum of two scratch cards per week through in-store payments. Each payment must be unique; i.e spending S$3 twice with the same merchant only earns you a single scratch card.

Payments can be done either through Tap & Pay (available for Android devices with NFC capability) or QR code (for all other devices). In-store payments exclude transit transactions, but I doubt you’d spend S$3 on a single transit transaction anyway. 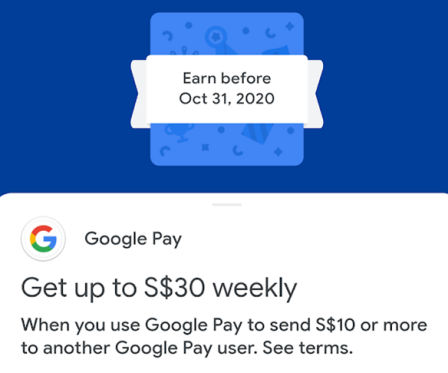 When you use Google Pay to send at least S$10 to another Google Pay user, you’ll receive a scratch card worth up to S$15. I distinctly recall that there was previously no need for the receiving party to also be on Google Pay (since all transfers work via the PayNow system), so it looks like Google has tightened up the T&Cs for this slightly.

You can earn a maximum of two scratch cards per week through P2P money transfers. Each transfer must be unique; i.e spending S$10 twice to the same person only earns you a single scratch card.

Navigate to your profile settings and tap “Payment Methods”. Then tap “Add bank account”, and select OCBC or DBS PayLah. I’m going to show the process flow for OCBC below, but it’s very similar for DBS PayLah. 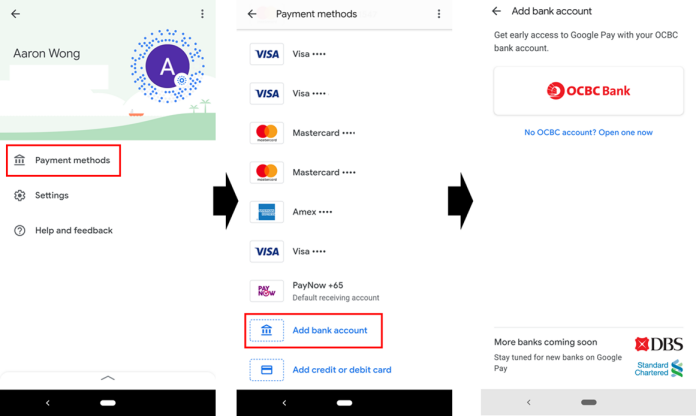 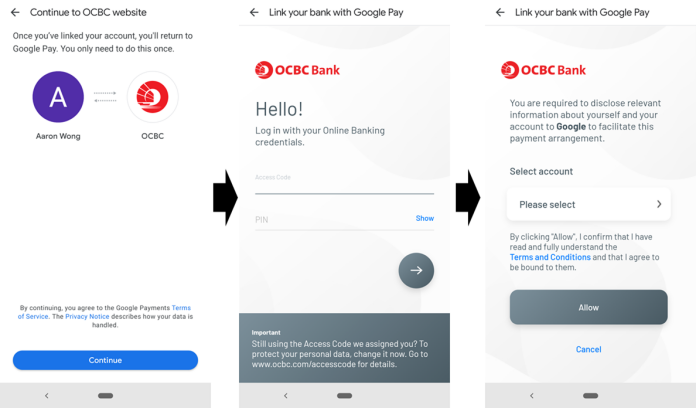 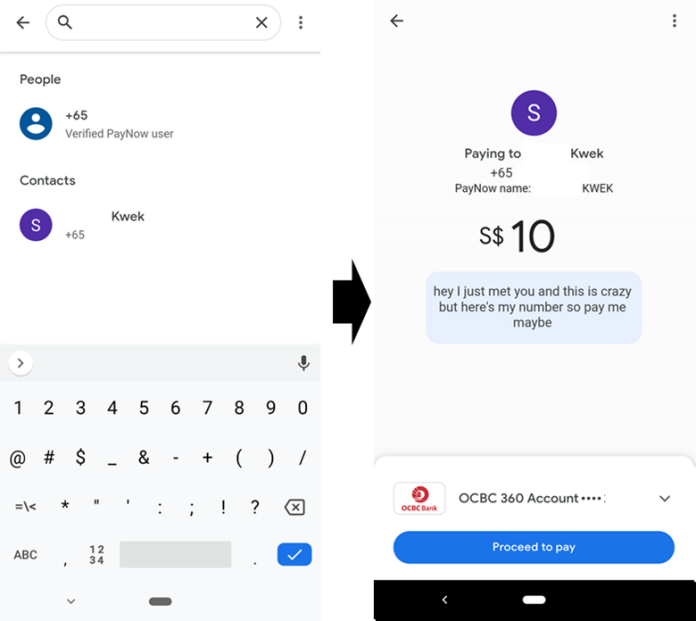 Google Pay is an easy way to earn some money back on your PayNow transfers, and while the amount you win is purely algorithmic lottery, it’s a lot better than zero (to be fair, you occasionally get a “try again” prize).

There are plans to add support for more banks soon, so sit tight if you’re not on DBS or OCBC.

Aaron Wong
Aaron founded The Milelion with the intention of helping people travel better for less and impressing chiobu. He was 50% successful.
Previous articleReview: Marina Bay Sands Staycation
Next articleKrisPay now offers instant conversion of UOB UNI$ to KrisFlyer miles (with a 15% haircut)

Send at least $10 to friends and family via Google Pay Singapore and win scratch cards of up to $50.
Read more

So now is 2 instead of 3 people for sending money to each other ?

yes the mechanics have changed slightly.

Is there a daily cap on the scratch cards for P2P money transfers? I got $3 for the first transfer, but nothing for the second transfer (to another Google Pay user). Strange.

Ah never mind. I figured that I actually don’t have the P2P cashback offer under the “Offers” page.

Is it just me or there is some issue with the Google Pay app? Due to some errors with the app, I uninstalled the already signed in Google Pay account and re-install the app via Play Store (Fyi, I’m using Huawei). But cannot never sign in since then. Experienced error signing in when OTP was prompted after you key in your mobile number. It just say ‘Oops, something went wrong. Please try again later’. I don’t even receive OTPs on my phone for that. 2 weeks have passed and I still can’t sign in. Sigh.

the app is highly unstable tho. i’ve been trying to use it actively and it forgets my credit card like every few days and i have to keep adding the card back in. seems very unpolished for a google product.