Cathay Pacific now lets you offset the cost of a ticket using Asia Miles, but be warned: the value on offer is pretty abject.

Earlier this month, Cathay Pacific announced that it would add a Miles Plus Cash redemption option and remove Choice and Tailored awards, effective 30 March 2021. 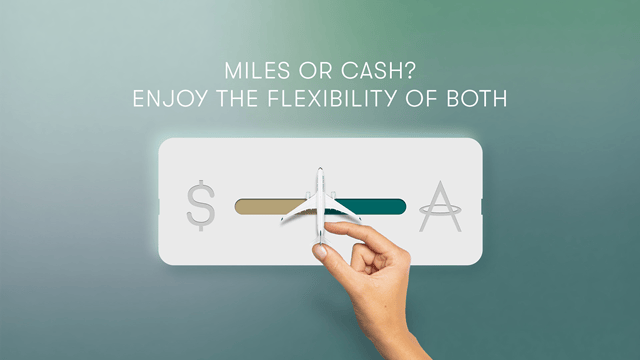 What was unknown at the time was the all-important value per mile offered for Miles Plus Cash redemptions, but now that they’re live, we know the answer: awful.

To use Miles Plus Cash, you’ll need to be logged in to your Asia Miles or Marco Polo Club account. Search for flights as per normal on the Cathay Pacific homepage, and when you reach the payment stage, you’ll see a toggle button for the Miles Plus Cash option:

Clicking on it activates a slider bar, which prompts you to choose how much of the fare you wish to pay with miles. Remember, only the fare component (S$215 in the example above) can be paid with miles; taxes and fuel surcharges (they’re back) must be paid with cash. 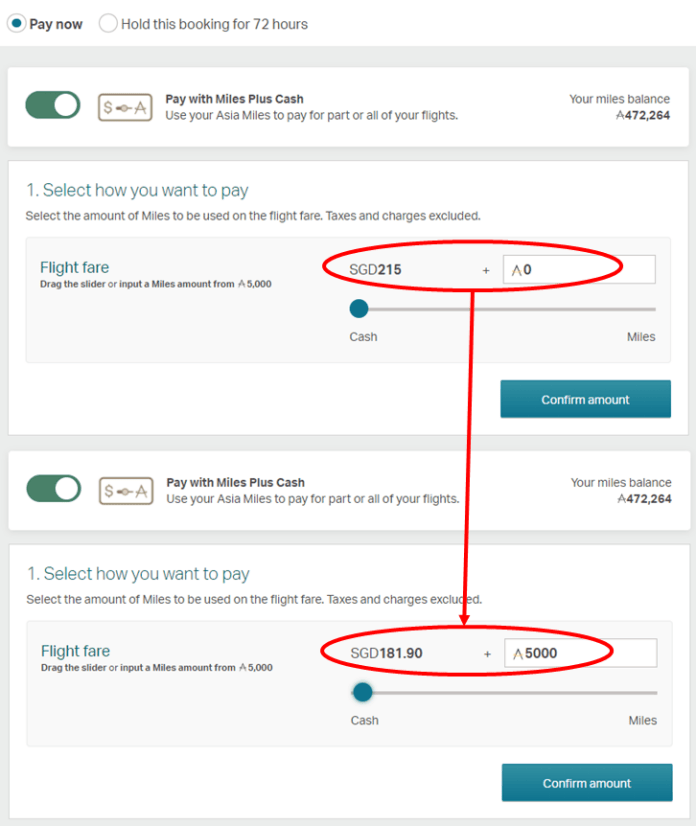 Now, here’s where it gets a bit confusing. The average value per mile is initially consistent as you slide the bar to the right. For every increment of 250 miles (the minimum increment will vary depending the itinerary you’ve chosen, FYI), another ~S$1.70 is knocked off the bill. 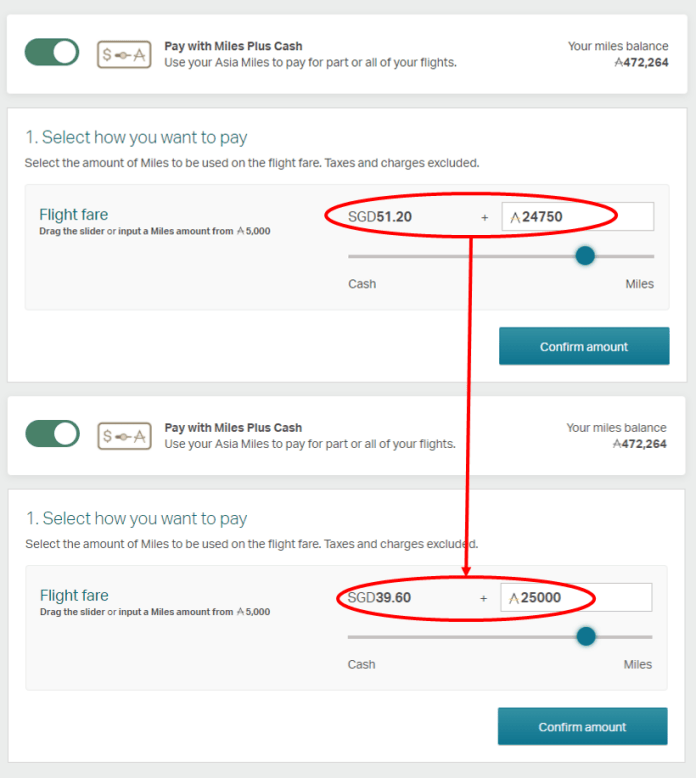 I don’t know why this happens, but the upshot is that the more miles you use to pay, the higher your value per mile. 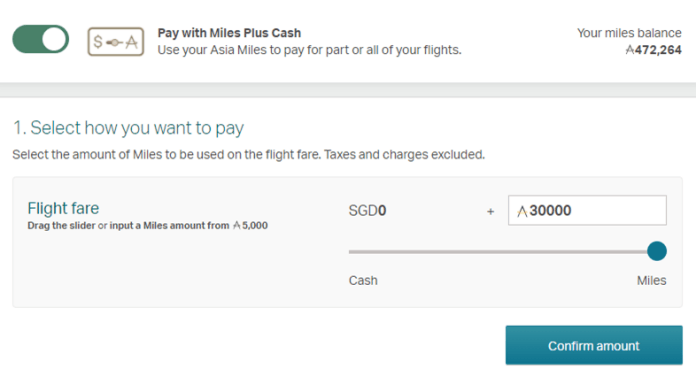 Now, Cathay Pacific has said that “different miles conversion rates may apply, subject to destination, cabin class and seasonality”. So I went to take a sample of data points, and indeed, the value per mile does change:

I obviously can’t do an exhaustive search of all route, cabin and dates, but I have yet to see the value exceed 0.93 cents per mile.

For the sake of comparison, Singapore Airlines’ Pay with Miles option gives you a constant 1.02 cents per mile value regardless of route, cabin or dates, or how many miles you use, so it’s clearly the superior option (assuming your credit card lets you earn both KrisFlyer or Asia Miles at the same rate, as is the case in Singapore).

Choice or Tailored awards are gone

Cathay Pacific has also eliminated Choice and Tailored awards, leaving Standard awards as the only option.

The search interface now shows only Standard awards, and it’s unclear how the number of seats available has been affected. Like I said, it’d take an optimistic man to predict that the seats formerly available for Choice/Tailored awards will suddenly pop up under Standard, and the best we can realistically hope for is that Standard inventory remains the same as before. 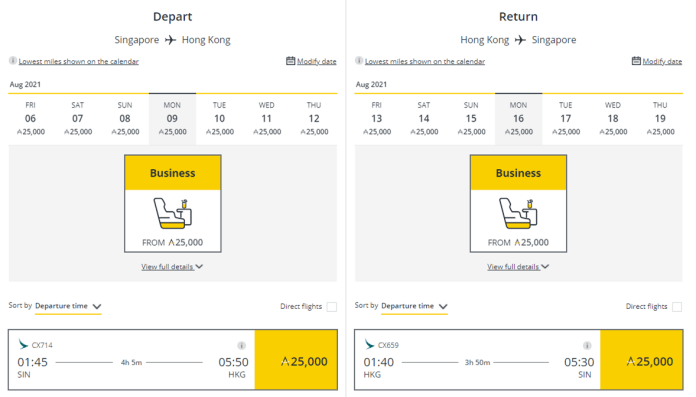 I suppose a cynic would say that Cathay could reduce the availability of Standard awards to nudge more people towards Miles Plus Cash, but time will tell…

For FAQs regarding the removal of Choice and Tailored awards, click here.

It was always a foregone conclusion that Miles Plus Cash would be a poor use of your Asia Miles, but I have to say, I’m surprised at just how poor it is. A starting value of 0.66 cents per mile pales in comparison with what Singapore Airlines is offering, and in fact, rivals Kris+ in terms of poor value redemptions.

The introduction of Miles Plus Cash, reintroduction of fuel surcharges and removal of Choice awards makes the 10-15% transfer bonus that Asia Miles ran earlier this year feel like a bit of a bait and switch. I’ve always kept Asia Miles as my backup FFP, but the recent changes are starting to look ominous to me.

Anyone else thinking of adopting a different backup FFP?

Aaron Wong
Aaron founded The Milelion with the intention of helping people travel better for less and impressing chiobu. He was 50% successful.
Previous articleCapital appreciation: What travel benefits can I get as a shareholder?
Next articleWorld Dream: Activities & Entertainment