SIA has hived off a separate area within the new SilverKris Lounge for First Class and Solitaire PPS Club members. Here's what they can expect.

I toured the lounge yesterday while en route to Sydney, and was quite impressed with the work that’s been done. It may not be as flashy as other airline lounges, but if you’re looking for flashy, you’re flying the wrong airline. Singapore Airlines has always been about quiet, dignified elegance, less about taking risks and more about refining what already exists. The new lounge is, in a sense, a microcosm of that philosophy.

The new SilverKris Lounge, while impressive, is only the first piece of the puzzle. Walk around the exterior and you’ll see a mysterious door with Phase 2 and Phase 3 labels.

This is the site of the future SilverKris First Class Lounge and Private Room, which are scheduled for completion by Q1 2022. That will be the real test of whether Singapore Airlines can retake the title of Best Lounge at Changi, an award I believe is held by the Qantas First Lounge at the moment.

In the meantime, Singapore Airlines has carved out a separate area within the Business Class lounge for First Class and Solitaire PPS Club members, which is what we’ll explore in this post.

The First Class section of the SilverKris Lounge can be accessed by:

The first thing we need to remember is that this area is basically part of the Business Class lounge, and will revert to such use once the First Class lounge opens. Therefore, the seating options and design style will be fundamentally similar.

In fact, the only unique design aspect about the First Class area comes in the form of eight throne seats immediately inside the entrance, under a dangling chandelier.

The coffee table dividing each pair of seats has two power outlets and USB ports.

Otherwise, it’s a similar blueprint to the rest of the lounge. Solo guests can choose from blue or beige armchairs, or from pod style seating that hosts up to four occupants.

And for those single and ready to mingle, there’s always the communal work table.

While there are nine productivity pods in the main lounge, the First Class area holds an additional six. These offer an isolated environment for getting work done, complete with universal power plugs, a wireless charging pad and 2x Type-A USB ports.

Nestled away in the First Class section is a play room, which I assume will eventually be stocked with age-appropriate games and toys like assessment books and past year exam papers. In the meantime, it’s been temporarily converted into an ice cream and hard liquor storage area, because why not.

Parents can enjoy the ice cream while plying the little ones with whiskey, or the other way round, I forget which.

The complimentary Wi-Fi in the SilverKris Lounge clocks speeds of 9.7 Mbps down and 10.2 Mbps up. It’s sufficiently fast for YouTube HD streaming and Whatsapp video calling, but notably slower than the public Wi-Fi available to all Changi passengers (29 Mbps down, 30 Mbps up).

For those in need of power, universal power outlets, USB Type-A ports and wireless charging pads are abundant throughout the lounge. These can be found beneath tables, in between chairs, pretty much everywhere you might need one.

At the moment, the main differentiating factor of the First Class section is its F&B selection.

Just like the main lounge, food is ordered via a QR code affixed to the table. However, orders are brought to the table upon completion by waitstaff.

In terms of food options, it’s same same but different. The menu takes some of the existing options and gives them more premium flourishes.

For example, laksa is served in the Business Class lounge, but the First Class section gets an upgrade to king prawns. The mushroom soup gets topped with truffle carpaccio, the flaguette gets truffle ham. There are also some unique dishes, like the Wagyu beef slider, and roti prata at breakfast.

Let’s be clear: the dining experience is not at the level of other First Class lounges (I’m thinking in particular of the ANA Suite Lounge at Haneda, the Qantas First Lounge at Changi, and the Al Safwa Lounge in Doha). Heck, it’s not even up to the standards of the erstwhile Private Room, which had all the lobster you could wave a fork at.

That said, I’d hold final judgement until we see the new-and-improved Private Room.

The champagne is similarly upgraded. While guests in the main lounge enjoy a Champagne Jacquart Brut Mosaique (~S$40 at retail), those in the First Class section receive Piper-Heidsieck Rare 2006 (~S$260). 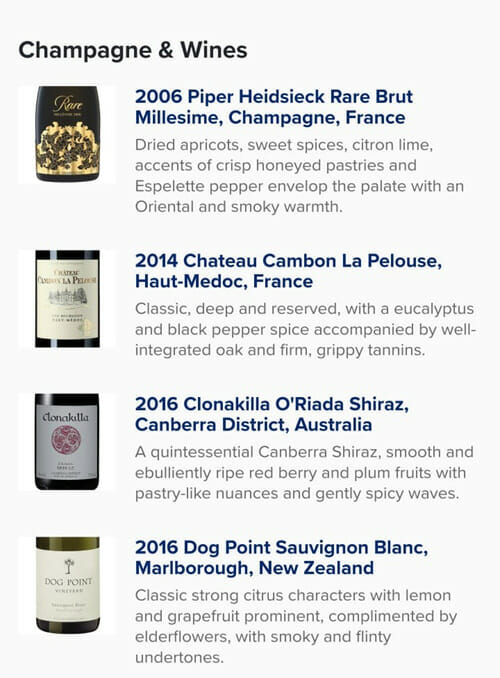 The First Class section does not have restrooms or showers of its own; guests can make use the 15 shower suites or the two toilets outside.

The shower suites are a massive upgrade from the former SilverKris Lounge, where First Class passengers basically had a glorified locker room- shower cubicles inside a common toilet.

The only shame is that SIA cheaped out on the shower amenities. It’s a bit jarring to see a luxurious mix of white and grey marble, TOTO fittings, and then this.

You’ll notice I’ve been careful not to use the term First Class lounge, instead referring to it as a First Class section. That’s because it’s just a placeholder, a temporary stand-in until the real deal arrives in Q1 2022. Therefore, I’d hesitate to draw too many conclusions at this point.

To be clear, I don’t expect a spa, a golf simulator, a hair salon, a chauffeur drive to the airplane or any of the crazy frills that other airlines have introduced. Like I said at the start, it’s not in SIA’s DNA to do such things, and if that’s your wishlist, you’re just setting yourself up for disappointment.

What I do expect is that SIA delivers a robust response to the gauntlet its rivals have been throwing down, most notably Qantas with their superb First Lounge at Changi Terminal 1. That, to me, represents the standard SIA will need to meet when the time comes. In concrete terms, that would mean:

I don’t believe that any of these are a too big a stretch, but either way, we’ll know the answer in a few months’ time.

When I was there yesterday the First Class section also had chicken satay on the menu (“Light bites”). They were pretty skimpy with not much meat though.

Aaron – any heads up from SQ yet as to when they will reopen the First Class check in at T3?

I must say the decor is very uninspiring. Very disappointing – with garish colours and ugly sofas. WHoever did the interior design has no vision or idea of what luxury looks like. I think in comparison, the CX lounges have better coherent design language. This SQ lounge is just rojak.

The cover photo just reminds me of Air India.

On opening day, service was excellent. Easily some of the best I had in a lounge. The senior lounge agent working the first class section could not have been more gracious, providing service akin to Raffles or Peninsula hotels. Specific examples: An offhand remark about the mask she was wearing and where she got it resulted in her providing one from her own stash Proactively offering to take photos when she noticed our party doing so Having a sixth sense to top up champagne or take second orders Showing pride in the new lounge and a willingness to highlight amenities,… Read more »

Good point on the liquor. I would’ve expected something different from the biz section. Jack Daniels & Chivas isn’t exactly…great. It’s not even a perishable product like Champagne – a single bottle could last for quite some time – assuming I don’t get to it…