From now till 1 March 2022, KrisShop.com is offering 2X the usual miles on all purchases, allowing customers to earn 3 mpd from duty-free shopping, and a further 4 mpd when paired with the right credit card.

A 3 mpd earn rate brings KrisShop.com on par with KrisShop on Kris+, with the added advantage of PPS Club privileges and a wider selection of merchandise.

Earn up to 7 mpd on KrisShop.com

From 4 February to 1 March 2022, KrisFlyer members will earn an additional 1.5 mpd on top of the usual 1.5 mpd on KrisShop.com purchases, for a total of 3 mpd.

1.5 mpd will be awarded initially, with the bonus 1.5 mpd awarded within eight weeks after the end of the promotion period, i.e. 26 April 2022.

This promotion is only valid for online purchases made on KrisShop.com and is not valid for purchases made inflight, on the Kris+ mobile application (since you earn 3 mpd already; see below), via KrisShop order form or any other means.

The T&C for this offer can be found here. 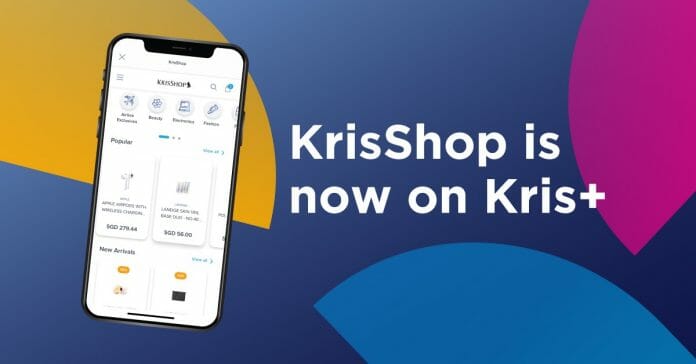 Back in December 2021, Kris+ added KrisShop as an earning partner, allowing customers to shop for duty-free items directly from the Kris+ app. A promotional earn rate of 9 mpd was offered initially, which has since been cut back to 3 mpd.

Since you can already earn 3 mpd on Kris+, is there any reason to shop on KrisShop.com instead? Yes, for two main reasons: selection, and PPS Club privileges.

The table below highlights the differences between shopping on KrisShop.com, versus KrisShop on Kris+.

As an aside, KrisShop on Kris+ was previously offering miles on shipping and taxes, but this bug has since been fixed. Miles are now earned only on the pre-tax cost of the item.

Using the following cards will earn you an additional 4 mpd extra, creating the opportunity to clock up to 7 mpd on your purchases.

If you’re shopping KrisShop on Kris+, be careful not to use the Citi Rewards Card. Citibank excludes in-app mobile wallet transactions from earning 4 mpd, so you’ll earn a puny 0.4 mpd instead.

Singapore Airlines is currently running a campaign that allows KrisFlyer and PPS Club members to earn Elite miles or PPS Value by converting rewards points, spending on co-brand cards, or making purchases with KrisShop or on Kris+.

For every S$1 spent at KrisShop, KrisFlyer and PPS Club members will earn 3 Elite miles and 1 PPS Value respectively. The same earn rate applies if you spend on KrisShop on Kris+.

KrisShop.com is offering 3 mpd till 1 March 2022, allowing customers to earn up to 7 mpd by paying for their purchases with the right card.

This brings the KrisShop.com earn rate in line with KrisShop on Kris+, with the added advantage of a wider selection and PPS Club privileges.

I find KrisShop pricing not competitive.