Changi Travel Exchange: An airport moneychanger that won’t rip you off

Airport moneychangers are mostly for suckers or the truly desperate, but Changi Travel Exchange is something I might actually use.

While I prefer to avoid carrying cash overseas and rely on my Amaze + Citi Rewards card for everything, going cashless is not an option everywhere. And even if cards are widely accepted, I’ll still need some cash on hand for emergencies.

This typically means scheduling a trip down to The Arcade or Lucky Plaza moneychangers, which costs time and money. But it’s still better than the airport moneychangers and their notorious spreads. All those signs with “0% commission?” Lies- the commission is already built into the rate.

So no sane person should ever change money at the airport, right? That’s what I thought, but Changi Travel Exchange might change my mind…

What is Changi Travel Exchange?

Changi Travel Exchange (which for the record, I earn nothing from) is an MAS-approved money-changer that allows travellers to buy foreign currency online and collect it at the airport on the day of their trip.

Travellers can choose from 19 different foreign currencies and make payment through PayNow:

At the airport, they collect their cash at the 24-hours Changi Recommends kiosks in the departures area of Terminals 1 & 3 (presumably they’ll extend the service to Terminal 2 once departure operations resume in October). 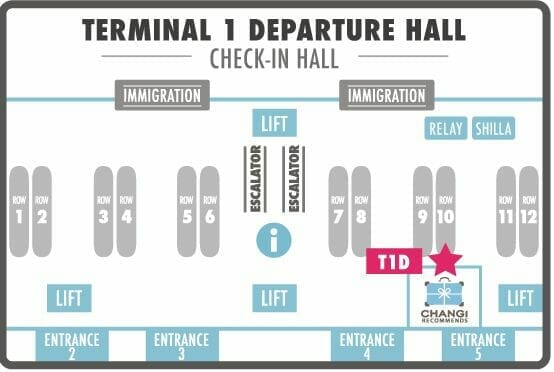 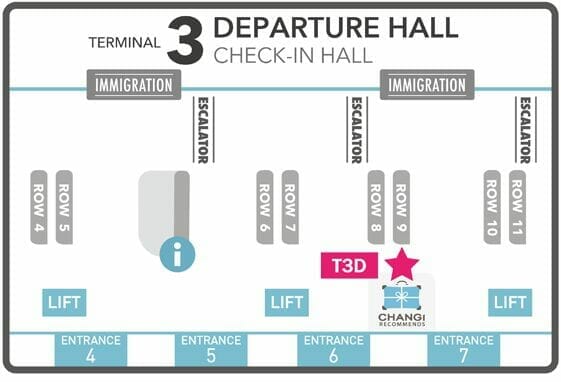 A few things to note:

Do note that orders are strictly non-refundable once placed. You may reschedule the collection date if your travel plans change.

What are the rates?

Here’s the rates offered by Changi Travel Exchange, compared to the XE Rate (which you obviously won’t be able to attain in real life, but just for comparison’s sake).

I have to say I’m pleasantly surprised. Is it the absolute best rate you can find? Probably not. But once you factor in the search costs (especially if you don’t live or work around a decent moneychanger) plus the convenience of picking up your cash at the airport, it’s good enough for me.

The spreads differ depending on currency, but I’d grab EUR or USD without question. I’m generally OK with a spread that’s around 1.5%, though it obviously depends on the individual.

For example, I’m headed to Bangkok next week and need some cash. 7,500 THB will cost me S$301.88 with Changi Travel Exchange, versus S$298.15 at the mid-market rate. But since the mid-market rate is unattainable, the proper comparison would be a brick and mortar moneychanger; the asking price at The Arcade was S$300.72.

Paying S$1.16 more for the convenience of airport pickup and a saved trip? No brainer for me.

Changi Travel Exchange is revolutionary, as far as airport moneychangers are concerned. Reasonable rates with all the convenience of airport pick up? Almost too good to be true.

Frankly, I’m surprised UOB hasn’t made noise, because this is bound to muscle in on their airport exchange business (unless they primarily serve arriving tourists who want to buy SGD, a service that Changi Travel Exchange doesn’t offer- yet).

Thanks for this info.
Paynow via Grabpay should work isn’t it? Highflyer card members will benefit from it.

yup- it should! all the more reason

How does it works for PayNow via grabpau

Thank you for sharing.

Thanks Aaron, I’ll try this Friday for Dong. As a friend of mine once said “Contrary to my usual advice, one should never go long in Dong”…

There was quite the queue at 0730 on a Saturday morning.

just tried, but when i click continue to pay, it goes back to the details page and keeping increasing the amount and could never get past to payment page

were u able to resolve this issue?

Usually change some THB at the Superrich or Superrich 1965 money changers in BKK, wonder is it competitive now?

Has no one on here ever heard from overseas ATM withdrawals??

So the rates that I’ve gotten aren’t great but also not extortionate (net-net I see about 5% for my THB withdrawals in early may). But I don’t have to carry cash around with me that can be lost, pickpocketed, sit unused at home for months afterwards etc..
Seriously, bringing cash is a 20th century concept.

How do you see the rate without actually withdrawing? DCC or the rates presented there, would likely be obscene.

They show the rates on screen before confirmation.

That’s DCC and as I mentioned – a ripoff. Bank is probably a bit better, but still bad.

Hi Aaron, I think the cut off for placing an order is 24 hours before your flight, and not 1 day… Just tried to place an order for collection tomorrow morning and was not able to do so.

yes, you basically can’t place an order for the following calendar day.

Should just be able to use Revolut at an oveseas ATM – you get the interbank rate (50bps premium on the weekend).

I used it for my last trip 1 month ago and will be using it for my next trip soon!

Just need to remember to collect your cash before going in to airside! I made that mistake once and forgot to collect my cash (how, I also don’t know). Had to hassle an Changi Recommends employee to assist me to get it, lol.

But I like this service, the rates are fairly decent. I change only smaller amounts, and it makes no sense to travel to the CBD for ‘better’ rates and spend more money on transport (and time cost) than the difference in what I’d get from using this, and I have to be at the airport anyway.

Hmm… I chose the option to show IC instead of passport during collection cause I haven’t gotten my new passport. Do they allow digital ic? Can I just show the ic in Singpass? Any dp avail? Thanks!

What about the notes denomination they give? Do they mix or all large notes?