What credit cards should you use for Black Friday shopping?

Black Friday is here again as Americans try to  ease the pain of too much turkey and the vagaries of the electoral college system by spending their way into a debt-fueled oblivion! 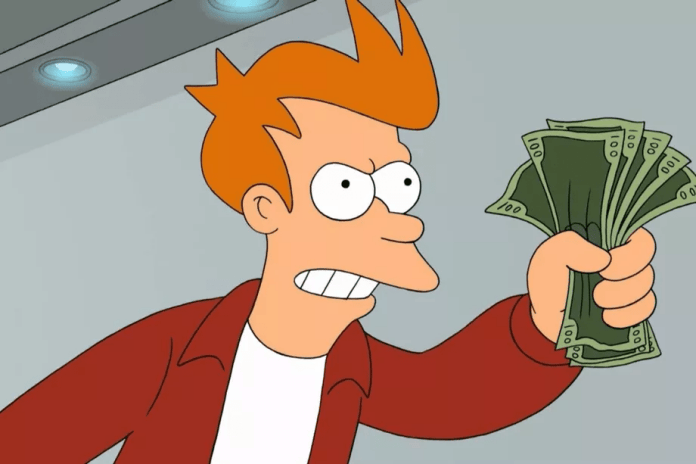 I’m not going to list any great deals here because I’m sure you’re all more than capable of sniffing them out yourselves (plus there are tons of websites dedicated just to ferreting out the best of the best offers).

Instead, I’m going to do a refresher on what options you have when deciding which credit card to put your Black Friday shopping on.

The following cards all give a bonus (4 miles per $1 to be precise) on online spending.

You might want to have a look at this crowdsourced Google Docs form to see whether the specific merchant you have in mind qualifies as “online” (because, unbelievably, sometimes even merchants you swear must be online like Taobao don’t end up qualifying as online because they manually process transactions on their backend), but safe to say that your usual Amazon, Zalora etc e-commerce sites will be a sure bet for 10X. 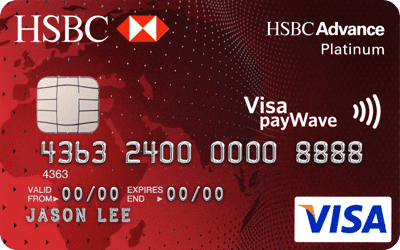 Ah, my one stop card for all things online. If you don’t mind going through the (15 minutes really) somewhat hasslesome process of getting a card, the HSBC Advance will be your best friend (until possibly the 31st of December this year when the 10X promotion is due to expire- it’s been renewed in the past so watch this space).

You’ll get 10X points (4 miles per $1) on all your online spending. No caps, no exceptions (well, except for EZ link top ups, but that’s not a typical Black Friday purchase).

For me personally my goal is to max out everything I can from the HSBC Advance until the end of the year, then re-evaluate my strategy based on what HSBC decides to do with the 10X program. 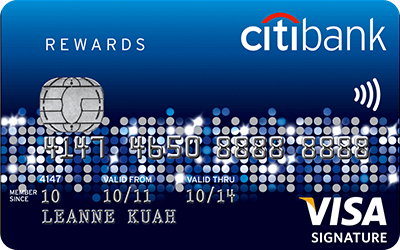 Assuming you haven’t already busted your $12,000 annual bonus limit (applied per card, mind you, so if you have both the Mastercard and the Visa version then your bonus is capped on $24,000 of spending) on bill payments, then this is another potential option for you.

Citibank was previously running a promotion that offered an amazing 8 miles per dollar with Amazon. At the time, I said that if you didn’t have any item in mind or simply wanted to hold out for Black Friday, you could buy a giftcard to front load your miles. Hope someone listened to that!

EDIT: I was just reminded that Citibank has extended the Amazon promotion till year end. 8 miles per $1 is hard to beat so if your Black Friday plans include Amazon then I can’t recommend any other card than this

Another great point about the Citibank Rewards card is that your points are valid for 5 years, so you can accumulate a good-sized haul before transferring. 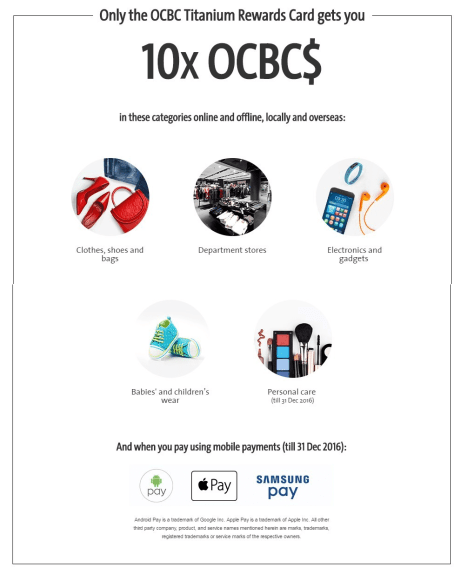 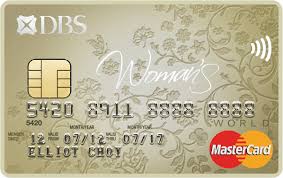 Despite its $2,000 monthly cap on 10X, the DBS Woman’s World Card is still a solid choice if you’re not intending to bust the bank on Black Friday.

DBS has an ongoing promotion for sign ups for the Woman’s Card where you can get $160 in cashback if you spend a minimum of $500 on the card within the first month from approval date. The $160 applies if you’re completely new to DBS cards. If you already own a DBS card you get $100. Still not a bad deal, I think, and no time to hit that $500 minimum spending like Black Friday.

What I dislike about the Woman’s World Card is that DBS Points are only valid for 1 year. 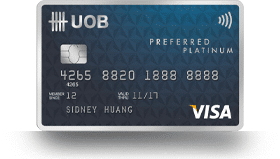 I’ve been historically cold towards the UOB PP Visa because it’s generally a lot stricter in its interpretation of what counts as online spending (at least, as compared to the DBS Woman’s World Card). But if you’re going down the usual e-commerce route of Amazon et al, I think it’s quite a safe call to use this card.

Now, the T&C of the UOB PP Visa say this-

The 10X UNI$ for online and Visa payWave transactions is capped at UNI$24,000 for both categories per calendar year. After which, 1X UNI$ will be awarded for every $5 spent.

I’ve read 2 interpretations of this- one school of thought says that the cap is really $13,300 because it is the 9X bonus points that are capped at 24,000 UNI$ a year. Others say that no, it’s similar to the Citibank Rewards card in that the cap on total points is 24,000 UNI$ meaning that you can spend a maximum of $12,000. Frankly. I don’t know what the right answer is, and I’ve never got close enough to the limit to find out.

UOB UNI$ are valid for 2 years.

The cards are ranked in no particular order of merit because the best card for you to use really depends on your current situation. If you’re already accumulating with DBS Altitude for your general spend you might gravitate towards the DBS Woman’s World Card. If you’re a UOB PRVI cardholder, you might go with the UOB Preferred Platinum Visa etc etc.

I may put my online spend on the Amex Platinum card – I got an offer whereby if I spend more than $2000 on overseas spend I will get 5000 extra points. Thinking whether this is a good offer before making my purchases.

also- if you’re signing up for amex rewards card this might be a way to hit the 1.5k spend in 3 months for 13.3k kf miles

5k points = 2.7k miles. That for 2k spend is quite low a bonus to be bothered about.

This is still valid

oh right right they extended it. someone messaged me about this and i forgot. will edit, thanks

Online Transactions means retail transactions made via the internet and processed by the respective merchants/acquirers as an online transaction type through the Visa Worldwide networks………… 10x Rewards points are capped at 2,000 HSBC Rewards points per Account per calendar month (i.e. up to S$200 spend).

This just means that limits for 10x Rewards are capped at $200 of shopping right?

$200 only applies to EZ-Link, Transitlink or NETS Flashpay. The full T&C is here: Online Transactions means retail transactions made via the internet and processed by the respective merchants/acquirers as an online transaction type through the Visa Worldwide networks. For the avoidance of doubt, transactions made on brokerage/securities and/or money payment/transfer websites are not classified as retail transactions and are expressly excluded. For Online Transactions which involve any pre-paid card top-ups including but not limited to EZ-Link, Transitlink or NETS Flashpay, 10x Rewards points are capped at 2,000 HSBC Rewards points per Account per calendar month (i.e. up to S$200… Read more »

you left out an important part of the sentence

So offline retail transaction also can get 10x?

That spoiled my Friday!

Is there a way to tell whether the online site will process the payment immediately (for it to be counted as online) or whether payment is processed at the back end?

Citi rewards is better if you spend more than USD 225.