What card should I use for Parking.sg?

Parking.sg transactions can be paid for using your credit card. But what card should you use?

Ah, the joys of coupon parking. Who can resist the thrill of punching out little paper discs from pre-perforated coupons, guesstimating how long you’ll be leaving the car unattended, and praying that ‘summon auntie’ won’t come by when your parking’s 15min overdue? 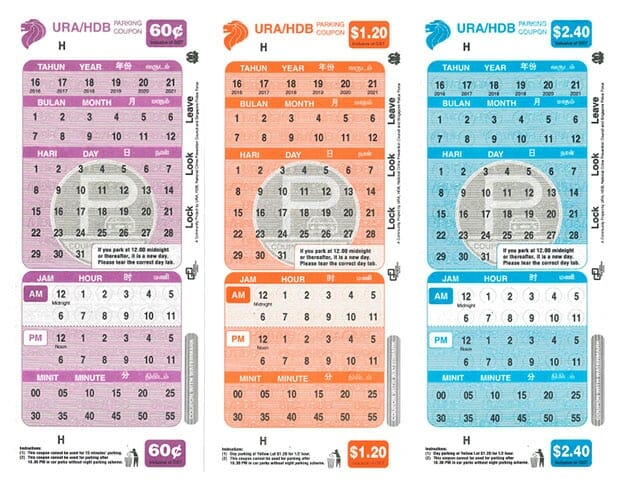 For those drivers who actually enjoy none of the above, the Parking.sg app that was launched in 2017 as part of Singapore’s Smart Nation drive is a godsend, allowing us to conveniently do fancy things like extend our parking duration from afar and getting refunds on unused parking minutes. 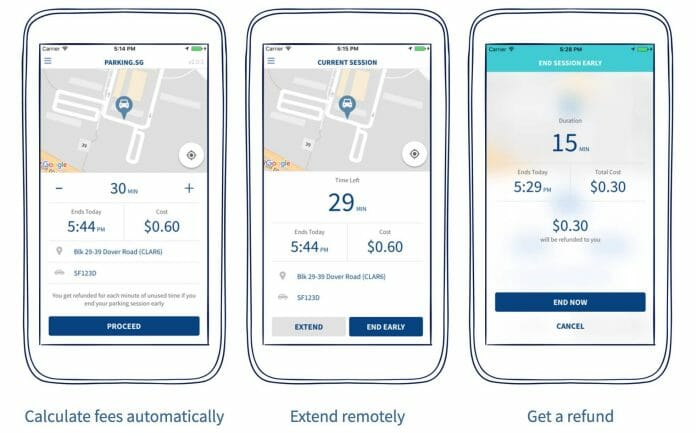 The one feature that might capture the mile hacker’s imagination would be that payment is charged directly to your card of choice. Does this, then, represent a treasure trove of miles waiting to be mined?

To be honest, for the average person this probably represents an extremely insignificant sum. However, it can be useful to recall how small charges are treated to help decision-making in other similar decisions.

How small charges are treated on miles cards

So the good news is that Parking.sg recently announced that they’ll be consolidating charges and posting them every two days, or when they hit $5. With this change, your charges are more likely to trigger mileage earn on credit cards.

It might seem that consolidating charges to $5+ makes using a UOB card a possibility. However, in practice, this might not help very much since the charges are also consolidated every two days.

So which card do I use for Parking.sg?

Based on the banks’ rounding policies, using a Citibank card would likely net you the highest amount of miles, since its rounding policy (down to the nearest dollar) is probably the most friendly towards small value transactions.

Even then, for someone like me who parks for short durations rather sporadically, this would represent a significant amount of lost transactions. Would a cashback card (gasp!) might actually be a viable alternative then, since most of them award cashback based on the actual amounts charged? Perhaps it’s time to dust off that HSBC Advance card, if you’re still holding on to one…

Looking at real-world data could help to shed more light on this. Using my last two months’ parking history for reference, applying the new consolidation methods for parking charges within 2 days of each other, I calculated how much I would have received in miles/cashback if I’d used the various general spend cards…

(Update: There’s currently some doubt as to whether the DBS Altitude gains any points due to its restrictive T&C that excludes payments to government institutions. Should any brave soul wish to verify, please do so in the comments!) 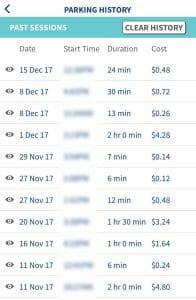 So if I had used a Citi PremierMiles Visa, I’d have scored about 15 miles. Using the HSBC Advance, I’d have received 41¢. You know what, I think I’m going with cashback after all…

Note: The above figures were calculated based on earn rates of the respective banks’ general spend cards. The equation changes if 10X/4mpd can be earned. Thus far, we have confirmed that DBS WWMC does not earn 10X on Parking.sg. Do leave a comment if you’ve more to share with regard to this, or any other tips you have on which card to use!

Aaron’s previously covered how to pay ERP charges with credit card (I charge mine to Citi Prestige via EZ-Pay, though Citi PremierMiles works just as well). The promised carpark payment functionality of vCashCard remains as ‘coming soon’.

For parking, Parking.sg offers an option to pay using your credit card instead of physical coupons. The returns are unlikely to be significant for the average driver due to the nature of infrequent small charges involved, especially since a fair number of public carparks have gantries installed (in which case, there’s always the option of paying via CEPAS with EZ-Link or NETS FlashPay cards).

Depending on your actual parking patterns (and correspondingly the actual charges to your card), it might make sense to make sure you charge to a Citibank card since transactions are rounded down to the nearest $1, as opposed to UOB’s $5. In fact, a cashback card might actually be preferable since the cashback amount is typically calculated using the actual charge amount. Check the fine print before making a decision, though!

(Images from HDB and Parking.sg websites)

Louis Tan
Louis believes he caught the premium travel bug after attaining KrisFlyer Elite Gold and occasionally being upgraded while shuttling between the UK, Singapore and Japan (in economy class). These travels have led to a wonderful marriage, as well as a burning desire to avoid flying long-haul economy. He previously travelled with a gryphon plush toy, Griffles, which often stood in for him in vacation photos. Griffles is mostly busy with entertaining a toddler these days, but still manages to continues amusing (and confusing) air stewardesses, hotel staff (and just about everybody else) all around the world.
Previous article
Waldorf Astoria now offers complimentary breakfast to Hilton Gold/Diamond members
Next article
Norwegian’s New Year Sale offers round-trip London tickets from S$459

The SCB VI card can also be used for those who have it, at 1.4mpd to the nearest dollar.

I got 10x on the uob ppv for parking.sg

Lucky you! Other people have reported it not working – shall wait for further verification!

Also I was under the impression the Altitude doesn’t work with this? (Wwmc doesn’t get 1x for me much less 10x so I figure it’s excluded dbs card wide)

Thanks for pointing out the rounding down for UOB. Have edited.

For DBS, as you’d later mentioned the 1x will require a $5 charge to verify. I’ve updated that there’s some doubt about whether DBS earns anything, but I guess we’ll have to wait and see if anyone else is able to share data points – since there are better alternatives, this might take some time to verify, though!

I found out from the parking.sg feedback team that their MCC is 7523 – Automobiler Parking Lots & Garages.
Wanted to know because Citi SMRT card has this clause that excludes travel related merchants. Not sure if this definitively answers if it’s a gov institution or not.

Sounds logical, but it’s also possible that DBS blacklists specific merchants… think actual testing is probably the only way to know for sure!

Have verified with DBS CSO that parking.sg is deemed payment to a government institution, and hence will not earn any points/miles on all their cards.

Thanks for the update. I think it’s quite possible that they’ve blocked it, but I remain amazed that they’ve bothered preventing me from gaining a hypothetical 12 miles over 2 months…