What does Grab’s acquisition of Uber’s mean for miles and points chasers?

And I, for one, welcome our new Grab overlords.

The writing’s been on the wall for months already, but it’s now officially confirmed that Uber will be exiting from Singapore and the rest of South East Asia by selling its operations to Grab.

As per the FAQs, Uber will cease operations in Singapore on 8 April 2018, and over the next few weeks all Uber drivers will be onboarded onto the Grab platform. UberEats will continue operations until May, when GrabFood will debut.

I’ve always gravitated more to Uber than Grab out of sheer habit (and the fact that I can never seem to get a Grab when I need one) and it’s strange that Uber would bother to launch new products like UberFlash or UberCommute and do new hotel tie ups when they were on the way out. That said, it is what it is, and let’s think about the implications:

Uber and Grab both earn 10X points with specialized cards

From a miles earning perspective, Uber’s departure doesn’t affect your ability to earn 10X points (4 mpd) on ridesharing services. It’s well documented that Grab rides and GrabPay transactions earn 10X with the DBS Woman’s World card and Citibank Rewards, so switching from Uber to Grab won’t slow down your miles accumulation in that sense.

Remember that the Krisflyer cobrand cards earn a bonus 2 mpd for transactions made on Grab or GrabPay, capped at $200 per month. If you have the AMEX Krisflyer Blue, for example, you earn 1.1 + 2.0 = 3.1 miles per dollar for the first $200.

GrabPay is particularly exciting for me because it’s a potential route to 4 mpd everywhere, so if there’s a silver lining it’s that this win will spur Grab to put more funds behind it to expand the merchant list.

A Grab Rewards devaluation is more likely than a fare increase

A lot of people are freaking out about Grab jacking up its prices in the wake of Uber’s departure. It probably didn’t help that in their initial FAQ Grab forgot to include the answer to that particular question (it’s since been updated)…

Fare increases are certainly a concern, but Grab knows all eyes, including those of the relevant competition watchdogs, are on them now and it’d look terrible from a PR point of view to increase fares at this juncture.

A much more subtle way of increasing fares would actually be to devalue the Grab Rewards program. Issuing points on every Grab ride is effective to offering a rebate or discount, the value of which I roughly calculated at 3.5-4.5%. But a loyalty program only makes sense if there’s something to be loyal to. With Uber’s exit, the main alternative is Comfort, and their rewards program is crap. It’s convoluted beyond reason, it’s only a 0.5% rebate (except during your birthday month when you earn 2.5%), and you need to wait 14 working days for your vouchers to be posted.

I’ve criticised Grab Rewards when it first launched, but to their credit they have added much better redemption opportunities recently such as Krisflyer mile conversions and vouchers for Qoo10, Starbucks, Crystal Jade, Jones and many other merchants that don’t require any minimum spend. I’m really hoping that they continue to improve the program, but if I were them and wanted to do a stealth fare increase I’d certainly look at Grab Rewards as a mechanism for doing so. 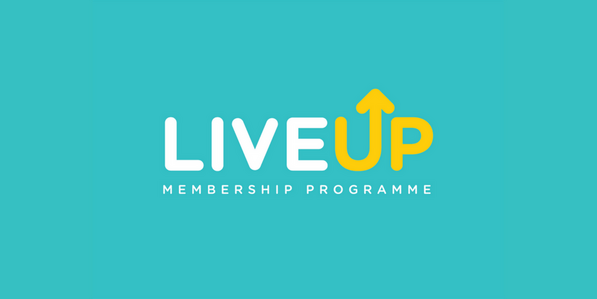 LiveUp is the loyalty program anchored by Lazada  and Redmart. It costs $28.80 a year and comes with perks at several e-commerce merchants including Uber and UberEats. You get $10 off every 10th ride with Uber, plus refunded delivery fees with UberEats.

The most compelling reason for me to get a LiveUp membership was my frequent use of Uber, as after 30 rides the membership pays for itself. I don’t really use any of the other merchants participating in LiveUp, and it’s hard to see them bringing Grab on board considering that Grab has its own loyalty program already. If you shop a lot with Redmart, Lazada or Taobao or watch Netflix however, the membership can still have benefits.

Less competition is never a good thing for consumers, and it’s probably safe to say we’ll see fewer promo codes and discounted rides in the near future. That said, I would tend to adopt a wait and see approach before deciding how this affects my MRT/taxi dynamic. It’s highly unlikely that Grab will increase fares at such a sensitive time, so I’d give them the benefit of the doubt until something actually happens.

Grab does have some really useful features like in-app translation that can be useful when traveling in countries where English is not widely spoken, and I do hope that GrabPay continues to grow and acquire more merchants insofar as it means 4 mpd everywhere.

Aaron Wong
Aaron founded The Milelion to help people travel better for less and impress chiobu. He was 50% successful.
Previous articleCitibank Rewards offering 8mpd at Takashimaya, DFS and Tangs
Next articleIntroducing The Milelion’s Den, a happy place to be

I always found Grab to be pricier than Uber. I wonder what’s my spending on on-demand car transport gonna be like after the change.

While with $5 off coupon I’ve received every two weeks my Uber rides were always cheaper than Grab, in about 50% of cases without the coupon Grab was cheaper than Uber. Main problems with Grab are following: – inaccurate time estimation. Screen displays that it will take car to reach you in 3 min while you know that it will be 2x-3x longer. – Cancellation of rides by Grab drivers. I’ve never seen it happening with Uber, and happened several times with Grab, this is especially common outside of Singapore – generally way more older cars with Grab comparing to… Read more »

Agreed on the cancels – I have way more problems with waiting 5+ minutes for a Grab that then has a “breakdown” than I ever do on Uber. There must be much less penalty for drivers than on Uber. I’ve tried to explain to them that this is one sided – I get a $5 cancel fee (after 2x cancels in one week) but yet the drivers can do the same to me without penalty – they don’t care though! I also find Grab to be extremely out of whack with their pricing on some frequent journeys of mine –… Read more »

That’s because Grab allows their drivers to see your destination. They don’t see what they like? They don’t respond. Or they can change their minds subsequently.

[…] Uber SEA threw in the towel and sold out to Grab back in March this year, many people feared that Grab’s newly-gained monopoly power would lead to higher prices for […]