The AMEX KrisFlyer cobrand cards may not offer the best miles earning rates on general spend, but their sign up bonuses have always been among the best in the market. The last batch of sign up offers expired on 30 November, and AMEX has launched brand new offers for cards applied and approved between 1 December 2018 and 31 March 2019.
Can’t decide between the KrisFlyer Ascend and Blue cards? Check out our comparison article here. 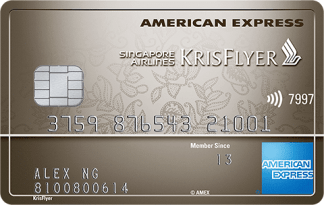 Get $150 when you apply for the AMEX KrisFlyer Ascend
Be sure to fill out this form afterwards!

Here’s how the old sign up offer and the new offer compares:

*One could argue that since the KrisFlyer Ascend has a non-waivable first year fee of $337.05, that should be included into this calculation. If so, your spend:miles ratio decreases to 4.0 before and 4.16 after

It seems that AMEX wants to incentivize customers to keep using their cards past the third month, and is experimenting with extending the sign up bonus period beyond the usual three month period that most banks adopt.

Although the spending threshold has been increased to $12,000, you now need to spend an average of $2,000 per month instead of $3,333 before. This won’t help those of you who have a large one-time spend event coming up, but it should be fairly easy to trigger the spend condition if your big ticket expenditure allows for progressive payments (eg a wedding banquet). 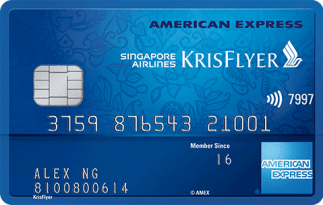 Get $150 when you apply for the AMEX KrisFlyer Blue
Be sure to fill out this form afterwards!

The new Blue offer requires an incremental spending of $3,000 for an added bonus of 7,500 miles.

I’d argue that the KrisFlyer Blue’s sign up bonus has improved this time round, because AMEX has basically tacked on an additional 7,500 miles for spending an additional $3,000 after the first 3 months. If you’re able to hit that, great, but if not you don’t lose anything compared to the old offer.

Your average spending requirement is still $1,000 per month. Assuming you’re focusing on one sign up offer at a time, this threshold should be fairly easy to hit for someone earning at least $30,000 a year.

How do these sign up bonuses compare to other offers?

Here are the other cards that currently have sign up bonuses. You can always check out the latest list here.

As you can see, the AMEX cards do indeed have the best spending: miles ratios when it comes to the total miles yielded from hitting a sign up bonus. That’s all the more impressive when you consider the fact that their general spending rates aren’t all that great (because mathematically, their sign up bonuses must more than compensate).

Suppose you’ve got a big ticket expenditure coming up. How do you decide which cards to get? At our Miles for Beginners classes I use the analogy of Tetris- if you have an upcoming expenditure of, say, $10,000, you’re going to want to mix and match the sign up bonuses above so as to split your spending in a way that yields maximum miles.

These higher yielding sign up bonuses make both the KrisFlyer Ascend and Blue cards a crucial part of any miles collecting strategy. Again, it’s important to emphasize that they have lower general spending rates than most bank cards, so after you’ve hit your bonuses you may consider switching to other cards. That said, the KrisFlyer cobrand cards do have an important advantage over other bank cards in the sense that they have a fairly more liberal policy towards awarding points- even insurance and charity payments are eligible.

If you sign up for a card through any of the SingSaver links on this site, be sure to submit your particulars for the Mileslife 30,000 miles giveaway– a total of three prizes are up for grabs for anyone who applies for selected miles cards!

Aaron Wong
Aaron founded The Milelion to help people travel better for less and impress chiobu. He was 50% successful.
Previous article
Up to 20% off dining with Marriott’s Members Dine More program
Next article
Rounding up the AMEX credit card Christmas offers

I think it’s worth mentioning that although targeted, the promo for the supplementary card is also good for these Amex cards- 2000 miles for approval + 5000 when you spend 2k on it + base miles on spending the 2k. I think everyone is targeted for this promo after they sign up and log into their online Amex account.

you mean Amex krisflyer can earn pts with insurance paymemn?