Amenities kits make an appearance in Business Class once more as part of a limited trial.

Singapore Airlines remains the only 5 Star airline not to offer an amenities kit in Business Class, and the airline’s historical dislike of the idea is a matter of public record.

That said, there have been recent signs the airline may be softening its stance towards the matter. For example, there was a limited-time trial in 2017 where SQ partnered with The Laundress to produce a special edition amenities kit… 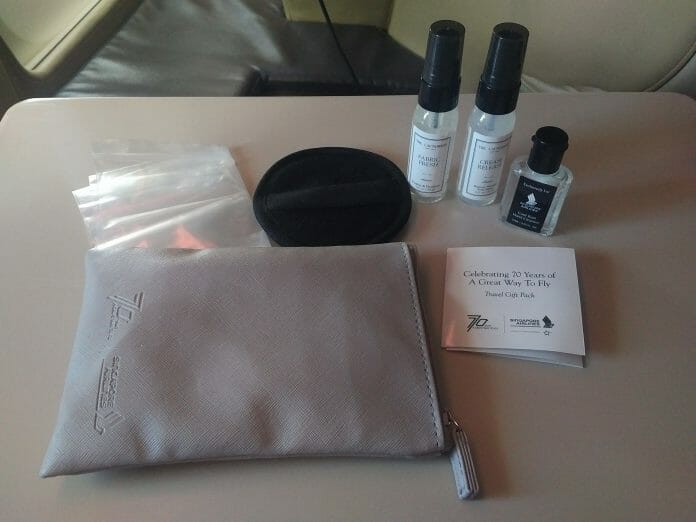 …and two months ago on the inaugural World’s Longest Flight I was pleasantly surprised when a roving flight stewardess came down the aisle with an “assemble your own” amenities kit. 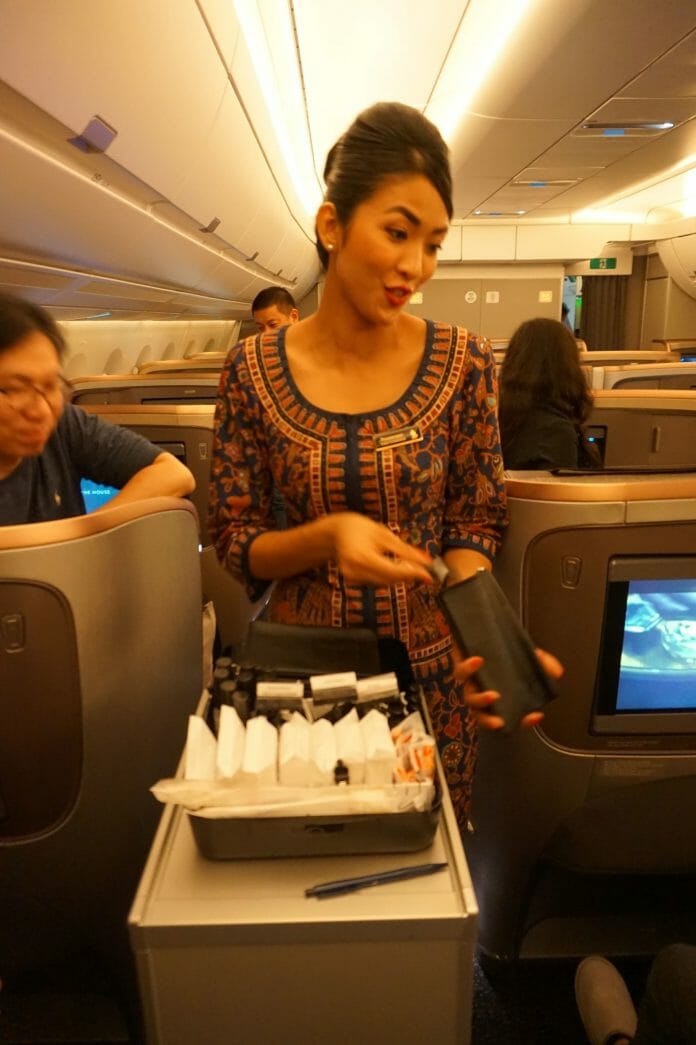 On that flight we were told that the Business Class amenities kit was being trialed exclusively on ULR flights to the US (so that’s LAX, EWR and SFO). However, it seems like other routes are also seeing these kits, based on the recent photos posted in our Telegram Group.

Passengers have reported receiving these kits on flights as long as LHR and as short as BKK. I reached out to an SQ spokesperson and got this response:

“The Business Class amenity kits were introduced in October 2018 on the ultra-long-range flights as part of a trial Singapore Airlines is conducting to better understand the amenities preferences of our Business Class customers. During these trials, the amenities were presented to our customers in a basket, and they are able to choose the amenities they prefer to include in their kit. The trial will continue till early January 2019.

Additionally, between now to January 2019, we are also providing amenity kits to all Business Class customers, except those travelling to and from Kuala Lumpur. This is part of a continuous trial that Singapore Airlines is conducting on amenity offerings.”

Interesting! I’d have thought SQ would have plenty of feedback about the kit based on their 2017 trial, but anything that puts more of these into the hands of passengers is welcome.

How does this compare to what other airlines are offering?

Although there’s no “fixed” formula of what an amenities kit should contain, Singapore Airlines’ Business Class kit is still unique by any means. The kit is heavy on fabric care, with both crease release spray and fabric freshener spay or a fabric wash & stain bar. Here’s what you can expect in your kit:

Singapore Airlines has always made other amenities like toothbrush kits, socks, combs, eyeshades, and earplugs available in its lavatories or through the cabin crew.

For comparison’s sake, here’s what other 5 Star airlines are offering in the Business Class cabin.

Be on the lookout for these if your travel plans place you in a Singapore Airlines Business Class cabin next month! The spokesperson wasn’t clear on whether “until January” meant start or end of January, but I’m hoping they’ll still be around when I fly to Bali on the 14th.

(Cover photo: Mark from The Shutterwhale)

Aaron Wong
Aaron founded The Milelion to help people travel better for less and impress chiobu. He was 50% successful.
Previous articleSingapore Airlines introduces guaranteed meal choices for passengers in First and Business Class
Next articleGet S$100 off your flight bookings when you fly with KLM

i was quite surprised when i received a set of these on my SIN-SYD flight! let’s hope it continues

Are pj’s a bridge too far?

I got it on sg – Manila flight yesterday

I’ve received the a set from SIN-MEL & a set from MEL-WLG. However I din get it at AKL-SIN. So I reckon it is distributed only ex-SIN flight?

I had one set from SIN-IST, bu I didn’t get it from return flight from IST also

Got one on SIN-HKG (black) and another on HKG-SIN (brown) just over the last week. Had read about someone getting them on the same routes and I’m happy they continued!

I received a kit 2 weeks back on my flight from Sapporo to Singapore, was a regional configuration flight 2-2-2 so was quite surprised to see it.

I got it on my flight from SG to KIX

adding to the array of dust collectors at home … no thanks

Er..close to useless is how I would see it. The cremes are no brand junk made in china ( yes that’s printed on the package..made in china not junk) . The sort of stuff you might expect in Hotel 81. And laundry products…really? Who washes their clothes with a bar of soap ? Let’s face it SQ cheapies on brazen display. The only useful thing is the pack it comes in..use that to keep currency. I usually toss the contents. Come on Arron you have a great site and I enjoy reading what and also how you write but this… Read more »

I got them on CGK-SIN vv. Personally I dont see the use in th laundry spray and crease spray, and the sanitizer and hand lotion look cheap. However, the pouch is perfect to store power bank and cables!

Ah looking forward for my SIN-HND

It’s not what it seems. Last year, as part of anniversary, SQ gave an amenity kit to all premium class pax. It’s the same variety offered here – Laundry soap, lip balm etc. After that anniversary, this stopped. Then recently it’s revived. I think what happened was there were exces stock from the anniversary last year. Another thing- all the stuff inside are sponsored, meaning SIA paid nothing for them. So to actually applaud them or even call this “amenity kit” is congratulations misplaced. If it were an amenity kit, you’d have thoughtfully put together toiletries etc. Who still uses… Read more »

You’re always free to help yourself to said toiletries in the loo and put them in your pouch.

Exactly what I did!

However the shaver did not quite fit. No problems with the comb, toothbrush and shaving cream though.

Was surprised to see one on my seat for my SIN-MNL trip before seeing this post. Yesterday for the return leg there was none. I asked the cabin crew and it seems that they don’t have it loaded.