UOB is setting an unwelcome precedent for sign up bonuses

I recently wrote about the 10,000 miles sign up offer that UOB is running on the UOB Visa Infinite Metal Card. The offer is capped at the first 500/1,000 new/existing customers, and although it’s an all-or-nothing mechanic (with no way of knowing at the point of application whether you still qualify), it’s nothing we haven’t come to expect from UOB sign up offers.

But there was something new in the T&Cs that bothered me even more- a small but important line regarding supplementary cardholder spending:

I did a double take when I read that, because I was certain it couldn’t be right. I mean, I get annoyed when people ask whether supplementary cardholder spending counts towards sign up bonuses, because for me the answer has always been “yeah, duh“.

Curiosity piqued, I went to pull some T&Cs from UOB’s other ongoing promotions. UOB is currently offering S$230 cash to new-to-bank customers who open a UOB One Account (S$80) and apply for a new credit card (S$150). To qualify for the latter, cardholders need to spend S$1,500 within 30 days of approval. 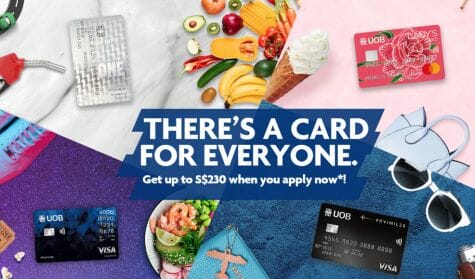 Sure enough, the same clause appears in the T&Cs, saying that supplementary cardholder spend will not count towards the S$1,500.

For what it’s worth, this does not seem to be a UOB-wide policy (yet), because the T&Cs for the KrisFlyer UOB Credit Card sign up bonus state that supplementary cardholder spending pools with principal.

But the mere fact that it’s appearing in two separate UOB sign up offers is reason enough for concern.

How do other banks do it?

Citibank doesn’t state so explicitly in their T&Cs, but personal experience (and CSOs) have confirmed that supplementary cardholder transactions count towards sign up bonus spending requirements.

OK, fine, there is one other bank which excludes supplementary cardholder spending… 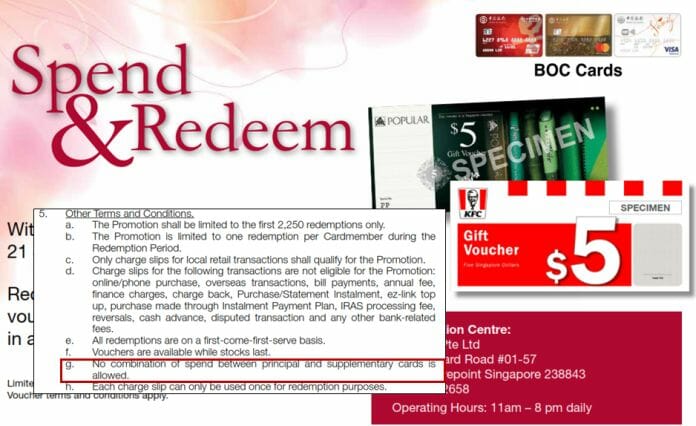 …but this is an entirely different sort of promotion altogether. This is a Spend and Redeem promotion, where both principal and supplementary cardholders are entitled to redeem gifts of their own. Not allowing pooling makes sense in that case.

Why is UOB doing this?

I’ve always believed in not ascribing malice where simpler explanations exist. But in this case, it’s hard to see any other reason for this exclusion.

So where does that leave us? From the consumer’s point of view, it simply looks like the UOB is trying to minimize the number of bonuses it needs to give out- something you’d think would be unnecessary, since they’ve already capped them in the first place!

Although the exclusion of supplementary cardholder spending is a hopelessly arbitrary restriction, there’s a very simple workaround. 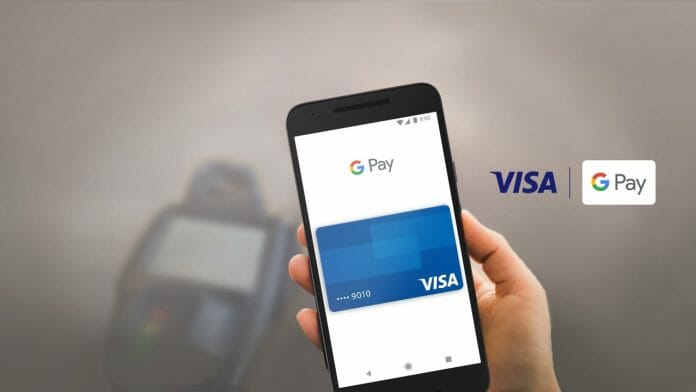 Instead of getting a supplementary card for your spouse, simply add your card to his/her digital wallet (Apple Pay, Google Pay etc). You can then use the physical card, and he/she can use the digital card wherever contactless payments are accepted. This way, you’ve basically “duplicated” your card, and can combine your spending to hit whatever threshold you need.

When I see a UOB sign up gift or offer, I already find myself having to go through the T&Cs with a fine tooth comb looking for the cap. I don’t want to have to start checking for principal/supplementary cardholder distinctions too.

It’s basic logic that you shouldn’t penalize someone who wants to give a supplementary card to a family member. And that’s exactly what this restriction does. I can only hope that this is a once-off and doesn’t apply to future offers, because it’s a bad (and completely unnecessary) development.

Aaron Wong
Aaron founded The Milelion to help people travel better for less and impress chiobu. He was 50% successful.
Previous article
Get 10,000 miles with the latest KrisFlyer UOB Credit Card sign up bonus
Next article
Alaska miles can now be used to redeem Singapore Airlines flights (with some interesting quirks)

After many years of shooting itself in the foot, pain turns into pleasure so why stop there right? Just keep going..

As ugly as UOB tries to be, there’s always another way to skin the cat. Take the principal card and digitise it in as many ApplePays or AndroidPays for each of your supplementary cardholders.

UOB is one ugly bank