From now till 30 April 2021, buy staycation vouchers at the IC Robertson Quay from S$305 nett, valid for 6 months from reopening.

While the InterContinental hotel at Bugis Junction gets the official title of “InterContinental Singapore”, some would argue that flagship label should be borne by the InterContinental Robertson Quay instead. Opened in October 2017, the contemporary glass and steel building forms a striking counterpoint to its colonial-style sibling, both outside and in.

InterContinental Robertson Quay is currently being used as an SHN facility, and as of today, has yet to announce an official reopening date. Its website is accepting reservations from 15 May 2021 onwards, but as past experience has shown, that’s no guarantee of anything. 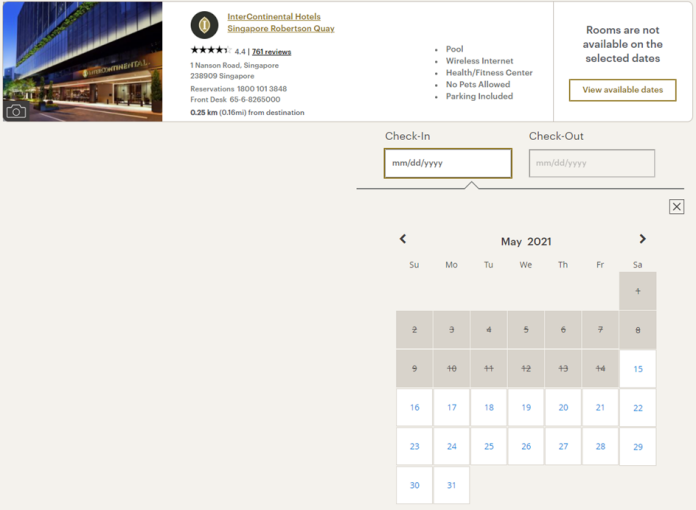 If the uncertain timeline doesn’t deter you, however, the hotel is offering a potentially lucrative deal on preopening staycation vouchers. 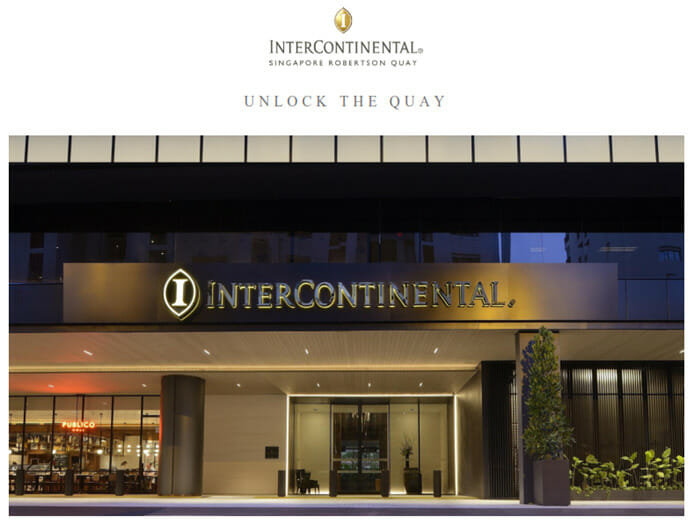 From now till 30 April 2021, InterContinental Robertson Quay is selling staycation vouchers for “Unlock the Quay” packages, valid for stays up to six months from the hotel’s official reopening date.

There are three options to choose from:

Vouchers are valid for both weekend and weekday stays, although certain blackout dates will apply. Bookings need to be done by filling up a PDF form and sending it to [email protected]. It’s unclear whether these stays will qualify for IHG Rewards Club elite nights or points, but I wouldn’t count on it.

Based on what I can see, breakfast-included rates for Studio King rooms this hotel range start from S$318 nett, so I daresay the Unlock the Quay package would be a good deal, once all the extras are factored in. Quayside Suites or Executive Suites might also be worth a punt, given these start upwards of S$570 nett, without any inclusions.

If you’re just looking for a room-only package, we have seen lower rates at this hotel. I’m thinking in particular of the IHG Cyber Sale in November last year, where Studio King rooms went for S$176 nett (min. 2 nights), or the more recent 72-hour flash sale, where the price was S$221 nett.

That said, these rates were for stays in March 2021, and it’s almost certain you won’t be able to stay by then. If you’re holding on to one of these bookings, expect to be contacted about a refund shortly.

I haven’t stayed at this hotel yet (although I’ve had my eye on it for a while), so if you’re looking for a few reviews I can recommend the following:

The main variable now is when exactly the hotel reopens, but assuming you’re willing to wait, these vouchers allow you to lock in a deal in advance.

Aaron Wong
Aaron founded The Milelion with the intention of helping people travel better for less and impressing chiobu. He was 50% successful.
Previous articleEarn 4 mpd on Disney+ subscriptions with OCBC credit cards
Next articleDisney+ launches in Singapore: Details and what credit card to use

Impractically-designed rooms, indifferent service and a rip-off breakfast make you wonder exactly what the Duxton is keeping in reserve.
Read more

Book by 28 February and stay by 30 April 2021 to enjoy breakfast and a guaranteed room upgrade (Mon-Thurs stays) at the Capitol Kempinski.
Read more

Citi PremierMiles Card
Get up to 45,000 miles with $9K spend in first 3 months
Offer Expires: Jun 30, 2021
See All Offers
Offers may only apply to new-to-bank customers. Read T&Cs for full details.
Advertisment 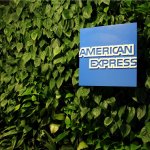