HSBC's WOW Weekend staycation deals are back from 20-22 August 2021, with great rates at various hotels for the first 56 bookings.

HSBC’s popular WOW Weekend staycation sale is back again, this time from 20-22 August 2021. Deals go live at midnight tonight, and some are well worth staying up late to grab.

These limited-quantity deals are usually capped at 50 per hotel, but this time round 56 are on offer, on account of National Day. Participating properties include the Capitol Kempinski, Goodwood Park Hotel, Oakwood Premier AMTD and Raffles Hotel.

Don’t forget to pay with your HSBC Revolution Card to earn 4 mpd, capped at the first S$1,000 per calendar month. If you don’t have a HSBC Revolution yet, you can earn S$200 cashback when you apply by 31 August 2021 and spend S$500 by the end of the month after approval. 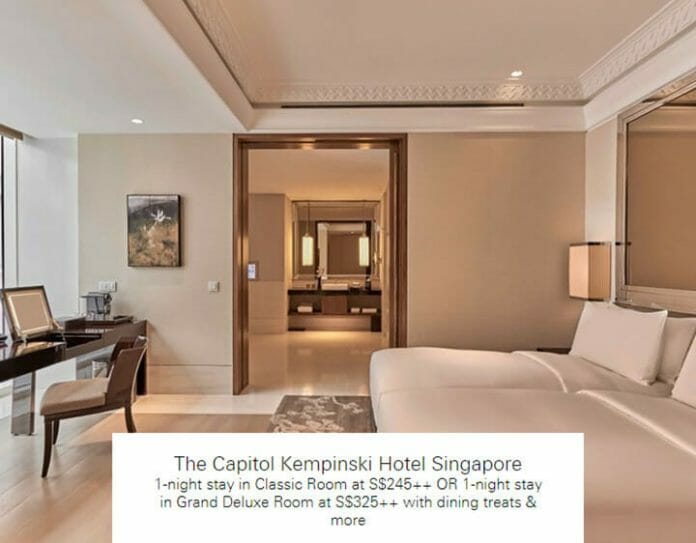 This deal is identical to the one we saw last time round, and I’d book it without hesitation. From the 57th onwards it gets more marginal, although GHA Blacks may still find it attractive for a shot at a Stamford Suite upgrade (these bookings are eligible for elite benefits and LE earning). 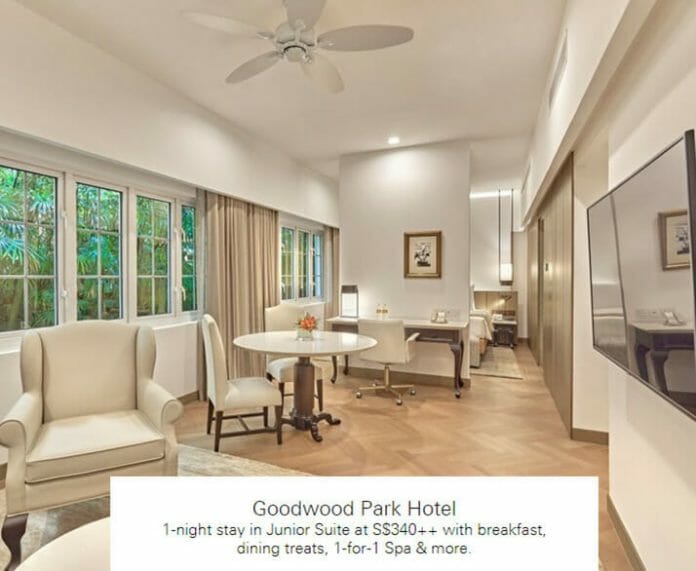 The first 56 bookings will pay S$340++ (S$400 nett) for a one night stay in a Junior Suite, with breakfast for 2, a six-course dinner for 2 and 15% off F&B. For comparison, this is S$10++ more than what we saw during the previous WOW Weekend sale, and the dinner has been switched from Gordon Grill to Min Jiang.

I just completed a stay at Goodwood Park and am in the midst of drafting my review. My quick take would be: better than expected. The rooms (at least the Deluxe Premier and Junior Suite) are surprisingly modern, service is excellent and the Taiwanese porridge buffet at Coffee Lounge is very good value for money.

All bookings must be made via email at [email protected] 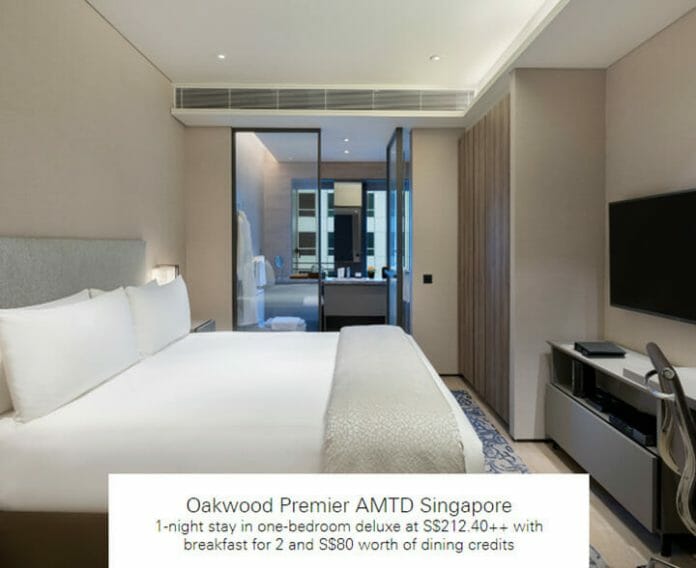 Oakwood Premier ATMD is a new addition to the WOW Weekend lineup, and the first 56 bookings will pay S$212.40++ (S$250 nett) for a one night stay in a One-Bedroom Deluxe apartment, with breakfast for 2 and S$80 F&B credit.

The first 56 rate is certainly a good deal, seeing how Oakwood is charging S$275++ for a similar breakfast-included rate on its website. I’m a big fan of the Oakwood after my stay back in May, and it could give many luxury hotels a run for their money. These serviced apartments are particularly good for families who need a bit more space. 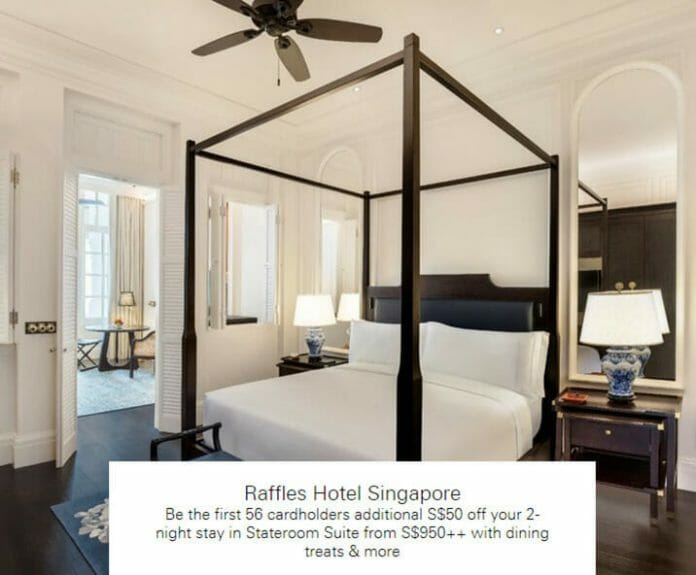 If you’re outside the first 56, there’s no S$50 discount, but the inclusions stay the same. All bookings are prepaid and non-refundable, and check-in must be from Sunday to Wednesday.

I’d say this is a very good deal, given how the inclusions are largely similar to the Raffles Hotel Suite Vacay, but S$100++ cheaper and with S$50 more F&B credits. In fact, it’s quite close to the S$936 nett deal I booked for the Raffles Hotel back in August, a rate I doubt we’ll ever see again.

For those bookings which can be made via email, there’s no need to stay up late tonight. Simply compose your email (be sure to state dates, number of adults and children, your full name and contact number- don’t worry about card details, that will be settled separately) and set Outlook to auto-send it at the stroke of midnight.

Otherwise losing a bit of sleep may reap dividends, though based on past experience these get snapped up in no time flat.

Final point: as these deals are booked directly with the hotel, SingapoRediscovers Vouchers cannot be used. On the plus side, you’ll earn hotel points or elite credits where applicable.

Aaron Wong
Aaron founded The Milelion to help people travel better for less and impress chiobu. He was 50% successful.
Previous articleHas the plan for “SHN-free travel” from September been abandoned?
Next articleSingapore residents to enjoy quarantine-free travel to Germany from 8 September

Does any one have an idea from previous HSBC WOW if consecutive night can be selected at the promo rate or just limited to 1N, and if so whether the benefits are per night or per stay (e.g. for Kempinski would the f&b credit be given once per stay, or multiplied by the number of nights)