Don't have a physical Amaze card yet? No problem: add the virtual card to your Google Pay wallet and enjoy all the benefits.

I’m on the record as a being big fan of Instarem’s Amaze Card, which offers up to 4 mpd, 1% cashback, and no foreign currency transaction fees. It’s the most disruptive thing to happen to this space in years (which is why I live in constant fear that it’ll be nerfed), in a market where banks seem set on making it ever more expensive to use your card overseas.

Today comes further good news: Amaze now supports Google Pay, which means you can add it to your mobile wallet and make payments at brick-and-mortar merchants (yes, those still exist). 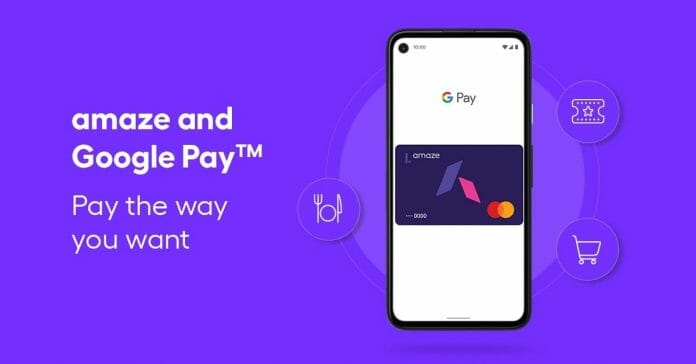 There’s no love for iOS users yet, but surely that can’t be far behind.

If you already have a physical Amaze card, this latest development is nothing more than a mere convenience- instead of carrying a physical card around, you can digitise it onto your mobile wallet and save the 5 grams or so.

But if you don’t have a physical Amaze card yet, Google Pay support is a gamechanger. Prior to this, the virtual Amaze card was only good for, well, virtual transactions. You could use it to pay for your Germany train tickets online, but not to buy a cup of coffee while onboard. With Instarem struggling to fulfill physical Amaze cards ahead of year-end VTL travel, I’m sure many people were eagerly checking their mailboxes daily, willing the card to arrive.

With Google Pay support, it doesn’t matter. Add your virtual Amaze to your Google Pay wallet, then tap your phone at brick-and-mortar merchants to enjoy 4 mpd, 1% cashback, and zero FCY fees. Physical card not required. 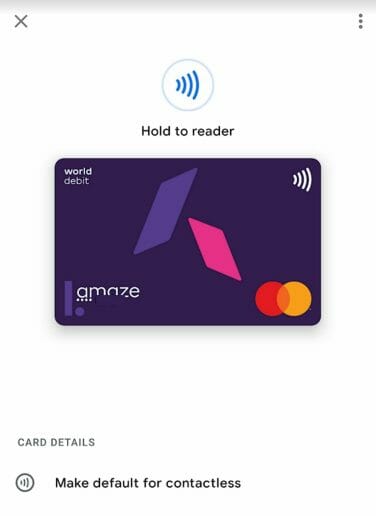 I used the Amaze religiously during my two recent trips to Germany, and earned 4 mpd on the Citi Rewards and DBS Woman’s World Card without any issue. The rates I was charged were extremely close to the “Google rate”, and I’ll have 1% cashback coming my way on 25 January next year. 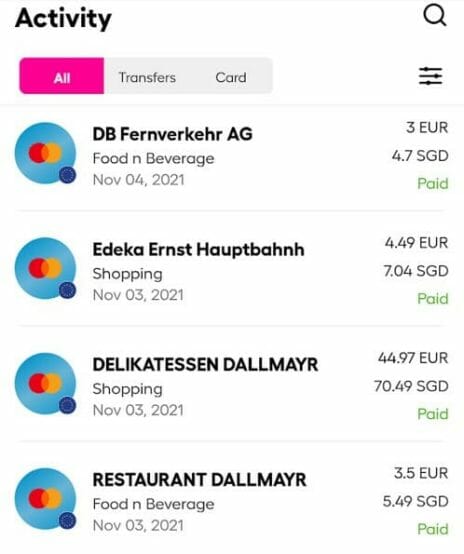 Amaze now supports Google Pay, and it’s great news for anyone still waiting for their physical card. If you’re heading overseas soon, take a minute to add your virtual Amaze to your Google Pay wallet- you won’t regret it.

Unfortunately, iOS users will need to wait a little longer. Even though there’s a Google Pay app for iOS, contactless payments are not supported.

Aaron Wong
Aaron founded The Milelion to help people travel better for less and impress chiobu. He was 50% successful.
Previous articleDBS Extra Bonus Day: 8% cashback on travel and shopping, 60% off on COVID-19 travel insurance and more
Next articleKlook VTL deals: 1-for-1 attractions (including Disneyland & Lotte World) and other promo codes

Guilty of checking my mailbox everyday waiting for the card!

The physical card is still important for places that do not accept contactless and where web payments still process as offline (*cough* Hilton *cough*).

Not sure how “advanced” are the European merchants and shops when it comes to contactless payment. Hope they are. Else physical card swiping is still needed.

The limits for contactless transactions are ridiculously low – 30-40 €. For anything above that you have to tap and sign.

Singapore is really way ahead of the curve.

Can I add my bank account debit card to Amaze?

I still do not see the 1% rebate. However, the 4mpd is good enough for me

Same same, I totally don’t know where to get the 1% cash back in the App

Just want to check that it is 4 mpd for DBS WWC as well? Bonus points do not seem to be crediting as such

Does a trip to the dentist or mechanic count as online though ? 🤔

Anyone not getting DBS Reward points anymore with DBS Women’s World Mastercard in your Amaze? I am getting zero points this month and I am falling DBS to check

The 1% cash back will appear in your Amaze Wallet in the app, I’m still trying to figure out how to use it. Apparently one has to change the payment card to use to this Amaze Wallet in the app first. Now I’m curious if I have a $11 cash back in the wallet and I make a $20 txn, will the txn fail? Or it will use up the $11 and the $9 balance it charge to the other credit cards I have in Amaze? 🧐

yes, it will fail. what you can do is top up your grabpay account then cash out.