From 30 Sep to 2 Oct, enjoy special deals at the PARKROYAL Marina Bay and Shangri-La Valley Wing with HSBC cards.

HSBC has announced its latest set of WOW Weekend staycation deals, which run from 30 September to 2 October 2022.

All bookings must be made with a HSBC credit card, and I’d highly recommend using the HSBC Revolution to earn 4 mpd, capped at the first S$1,000 per calendar month.

If you don’t have a HSBC Revolution yet, you can enjoy the following gifts with a minimum spend of S$500 by the end of the month after approval. 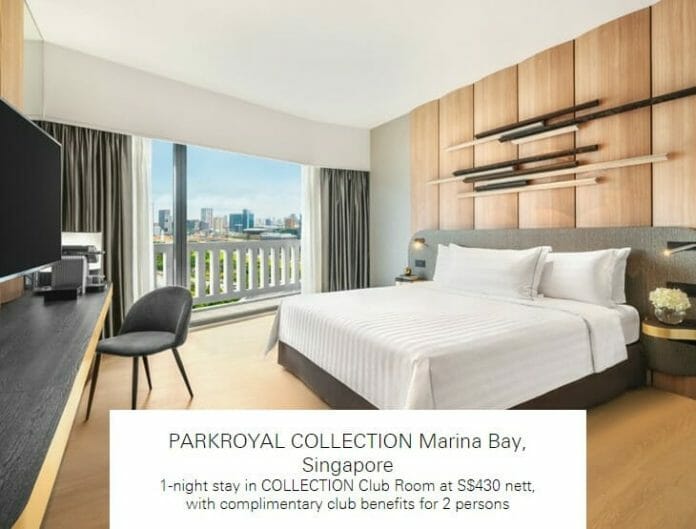 HSBC is offering the same deal we’ve seen for the past few months at the PARKROYAL COLLECTION Marina Bay, where the first 50 bookings pay S$430 nett for a COLLECTION Club Room, inclusive of daily breakfast, afternoon tea and evening cocktails for two guests.

If you’re outside the first 50, the rate increases to S$480 nett, with the same inclusions.

All bookings are non-refundable and non-changeable.

All bookings must be made via this link.

Matthew stayed in a regular room at the PARKROYAL COLLECTION Marina Bay in June 2021, and I did a separate suite review during National Day that year.

Aesthetically speaking, it’s one of the most gorgeous hotels I’ve ever laid eyes on. The Urban Suite was tastefully decorated, with more than enough space to host a viewing party (just a shame they didn’t show the same kind of love to the bathrooms, which received minimal attention during the renovation).

Breakfast was surprisingly good (after my stay at the PARKROYAL COLLECTION Pickering I didn’t have very high expectations), and if you’re a GHA member, this can count towards one of the three (yes, three) brands you need to stay in to qualify/requalify for Titanium status. As an aside, GHA has confirmed with me that PARKROYAL COLLECTION and PARKROYAL count as separate brands. 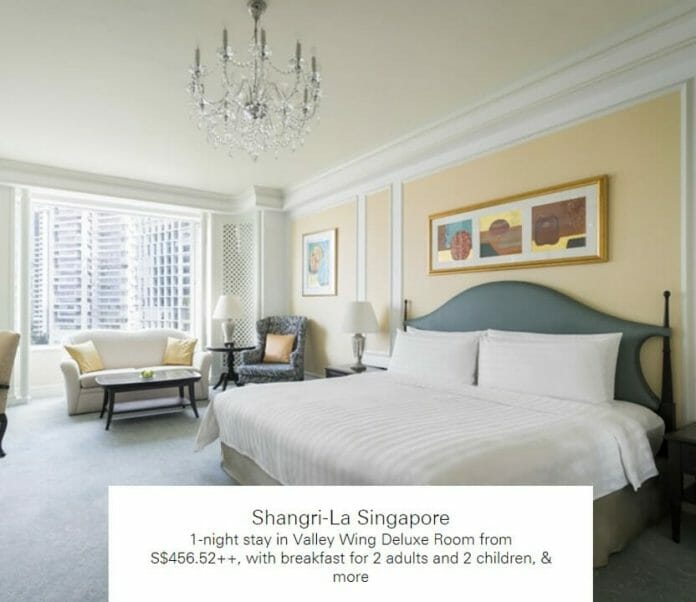 This comes with all the standard Valley Wing perks, such as breakfast in The Summit Room (a cut above what’s offered at The Line), a free flow of champagne and wine from 12 p.m to 10.30 p.m daily, afternoon tea and evening cocktails.

The last time we saw a WOW Weekend deal for the Valley Wing was in April 2022, and the rate was about S$100++ cheaper for weekdays and S$50++ cheaper for weekends. So I can’t say this represents a great deal, though anyone who can hold their liquor might find it worthwhile nonetheless.

While the Valley Wing is meant more for couples, I’d rate the overall Shangri-La Singapore as one of the most kid-friendly resorts in Singapore, with a mini water park and a kids club with all-day activities for the younglings.

All bookings can be made via this link.

The Shangri-La Valley Wing is a unique experience to say the least- a hotel inside a hotel. Guests have their own private driveway, lobby and lounging areas. You could even go your whole stay without ever mixing with the riffraff elsewhere!

Of course, breakfast at The Summit Room continues to be a major draw with its caviar omelettes and steak & eggs, and you can’t put a price on non-stop champagne all afternoon.

I wouldn’t consider either hotel a must-book at these prices, though if you’ve already decided that you want to stay here then it’s still cheaper than the publicly-available rates. Unfortunately, both will require you to stay up late tonight if you want to be among the first 50, as they need to be booked via the official website.

Be sure to use the HSBC Revolution to get 4 mpd on your hotel stays, capped at S$1,000 per calendar month.

HAHAHAHA! Free flow alcohol with kids in tow! It’ll be a riot!

If anyone complains, just say the kids had too much champagne. LOL