In order to save First Class, we must get rid of it.

Is First Class even needed anymore? Many airlines have examined that question and come to the answer “no”. Modern Business Class cabins have improved to the point that they rival the First Class product of 10 years ago- full flat beds, high levels of privacy, branded PJs and amenities kits…they’re basically high-density First Class.

It’s therefore not surprising that over the past few years, we’ve seen numerous airlines like United and Jet Airways do away with First Class altogether. Even among airlines where First Class is still offered, cabins are getting smaller. Singapore Airlines reduced the number of First Class seats on its 77Ws from 8 to 4, and on its A380s from 12 to 6. Lufthansa will remove First Class from all aircraft except its A380s and 747-8s.

In view of that, Malaysia Airlines is doing something rather interesting…

As per AusBT, Malaysia Airlines has decided to stop selling First Class and rebrand the existing cabins on its A350s and A380s as “Business Suites”. 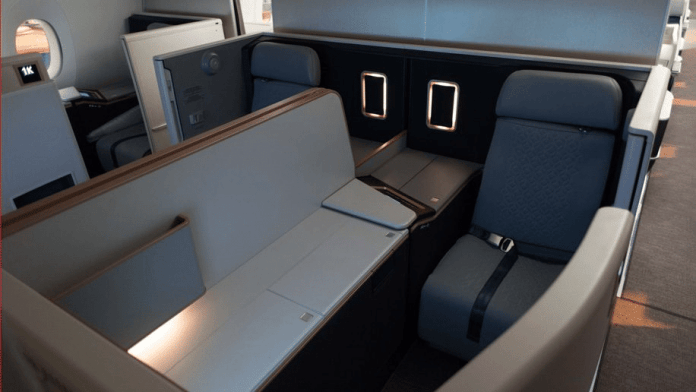 Now here’s the kicker: even though it’s called “Business Suites”, passengers in this cabin will enjoy the same meals, drinks, amenities kits/PJs and lounge access as they would in First Class. From the AusBT article:

“A lot of people will think this is business class” because of the new product name, admits Lau Yin May, Malaysia Airlines’ Head of Customer Experience, “but from a product perspective it’s literally the same product and service that passengers enjoy right now in first class.”

“The same seats, the same cabin, the same food and beverage, the same service… everything remains the same, it’s just that we have renamed it Business Suites.”

Wait, what? Then why bother changing the name?

The answer is equally intriguing…

“We realise that with the recent economic situation a lot pf people have moved away from first class, and a lot of corporate passengers now have the limitation of not flying first class (due to) corporate policy, so we want to cater to that market and open it up,” Lau tells Australian Business Traveller.

So if I’m reading this right, MAS is saying that corporate bean counters are cracking down on First Class travel…so it’s renaming First Class to something that sounds like Business Class so employees can book it without getting questioned. That’s…kind of brilliant, in a messed up way.

Lau talks about “opening up the market”, but surely he knows that if First Class travel is banned, employers won’t take kindly to someone flying something that’s Business Class in form but First Class in substance. The only way I can read this is an attempt to circumvent such restrictions. Yes, “Business Suites” will be priced halfway between MAS’s current average First and Business Class rates so it’s not like the employer will be paying the full cost, but it’s certainly more than what the employee is supposed to be entitled to.

I remember a time in my old job where one of my travel expenses got flagged. I was flying domestically in the US, and my entitlement was Business Class travel. Because domestic flights only have Economy and First Class, I booked myself into First Class instead (don’t get excited, it’s basically a big recliner seat and a proper meal).

The expense department just wouldn’t, couldn’t understand the concept when I tried to explain it to them. All they saw was “First Class” and all they knew was that it was a disallowed expense. I eventually got it sorted out, but you can see how there are certain “trigger words” for expense departments, and probably no bigger one than “First Class”.

So I get what MAS is trying to do, and I have to take my hat off to them for the sheer audacity of the idea. We’re of course assuming that travel managers aren’t shrewd enough to look at booking codes instead of the name of the product…and indeed some aren’t.

Which routes will “Business Suites” be available on? 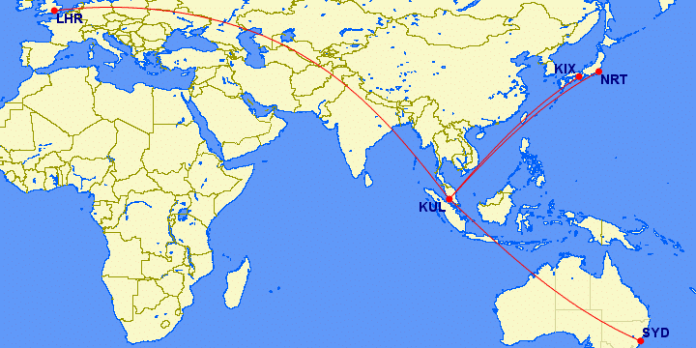 The six A350s in the MAS fleet currently fly to LHR, NRT and KIX. They also occasionally pop up on the SYD route. The six A380s fly to LHR and SYD, although they’re also redeployed for the seasonal trips to Mecca.

What does this mean for awards?

You might be wondering whether this development means that MAS First Class will now be redeemable at Business Class rates. The answer is no– even though MAS is renaming the product, it’s still be keeping the same fare codes and inventory buckets. First Class/”Business Suites” will still use fare codes A, F and P, and mileage accrual will be the same as before, at least for Enrich. This means that partner programs like Asia Miles will still charge the same rates to redeem MAS First Class/”Business Suites” as before.

However, there will be a difference for Enrich members. Enrich is a revenue-based frequent flyer program, and because the cost of “First Class” is coming down, so too will the miles required to redeem a seat. Upgrades will also become cheaper- a J to F upgrade to LHR currently requires 85-95K Enrich miles, and will now require 70-80K Enrich miles.

There’s a really big ethics question here: if you were an employee who was entitled to Business Class travel, and you knew your expense department wasn’t savvy enough to spot “disguised” First Class travel, would you do it?

Malaysia Airlines Business Class fares are already quite competitive to the rest of the market, so even a “Business Suites” fare might potentially look like a more pricey Business Class fare. For me, this definitely crosses a line and I certainly wouldn’t. That said, I’m sure this is going to tempt more than a few executives out there.

I can’t help but think of the TT Durai case, where he got absolutely chewed out by Davinder Singh for flying First Class on NKF money. Durai’s point was that he was entitled to Business Class travel on SQ, but he knew an SQ Business Class fare could be as much as a First Class fare on another carrier. So he “hacked” his way into a First Class seat, while remaining within the letter of the entitlement. The court took a pretty dim view of that, in light of his position as a trustee.

If you think that’s bad, this is probably worse. Here we have a product that costs slightly less than First Class but is branded as Business- so an employee may be staying within the letter of the law by flying it, but he’s surely going against the spirit.

What do you guys think?

Smart move.
Read the thread on OMAAT on SQ unable to sell out premium economy seats on the new non stop flights. Many companies allow travel only on economy, but don’t have limits on cost. SQ loses this business completely.
If corporates think they are smart, airlines have to outsmart them.

[…] Malaysia Airlines says they’re changing the name of first class to business class (“business suites”) so that companies will pay for it. […]

why dont they call it Economy Budget Super Plus, please don’t look at this compliance, special discount ticket.

Nothing to see here folks! Move on…