A brief, but pleasant encounter with Sri Lankan's long-haul product.

I’d started the day at 3AM, so I was pleased to get a quiet room and some sleep in the lounge. My Sri Lankan flight was the last departure of the day, but that doesn’t mean much in a hub airport like DOH, where a bank of flights starts to arrive around 1am. What it did mean was that the lounge and airport were delightfully quiet. I took the opportunity to get some pics of the Al-Mourjan lounge for a review.

My gate was a short walk away from the lounge. I find the duty free at Doha to be exceptionally bland, and uncompetitively priced. Bar some novelty camel milk chocolate and the odd book, I don’t think I’ve ever bought anything here.

Sri Lankan’s A330 business class is in a 1-2-1 reverse herringbone configuration. Looking at it online I thought it would be more like Cathay’s long-haul product, but in the flesh, it more closely resembles Vietnam Airlines’ 787 seat. 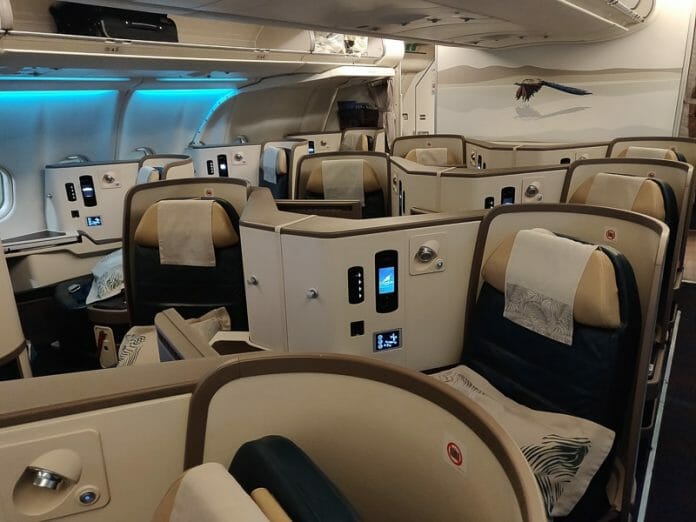 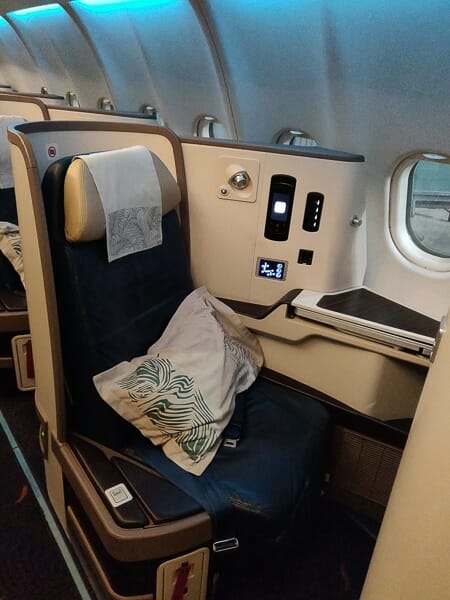 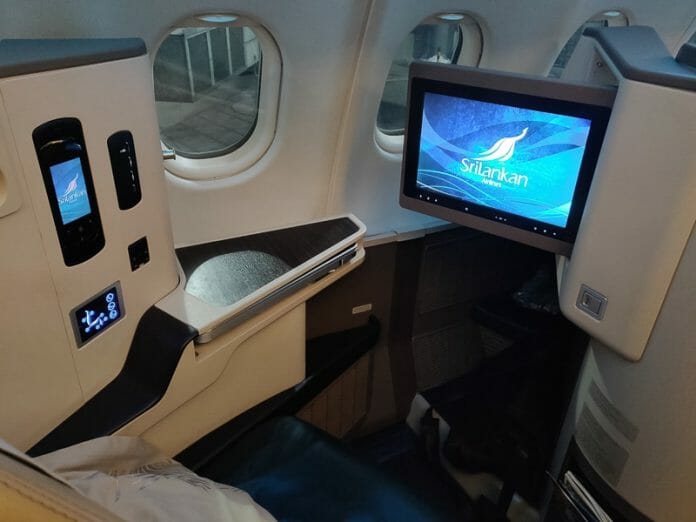 It’s worth noting that the arm rest can be recessed to make the seat wider in bed mode, which is a welcomed addition. 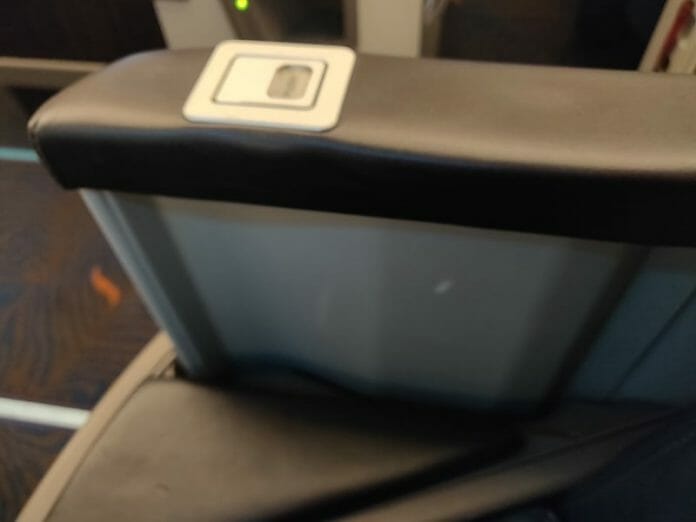 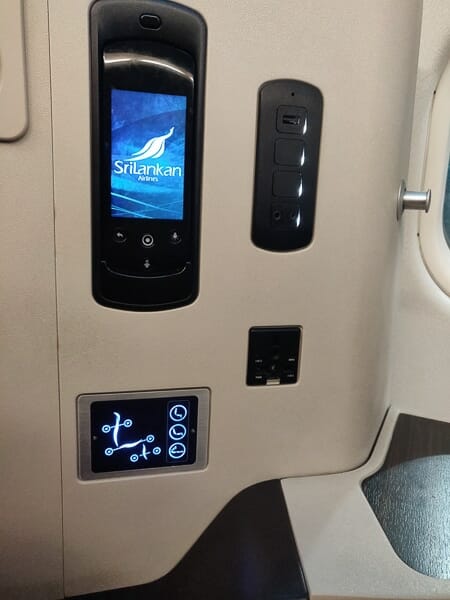 I was one of only about 2 people in the Business on that flight, so the cabin was virtually empty. This meant a healthy FA to passenger ratio and I was seated, offered a pre departure beverage (PDB), presented with menus and offered an amenity kit in rapid succession. There was also a selection of newspapers, but no Economist. 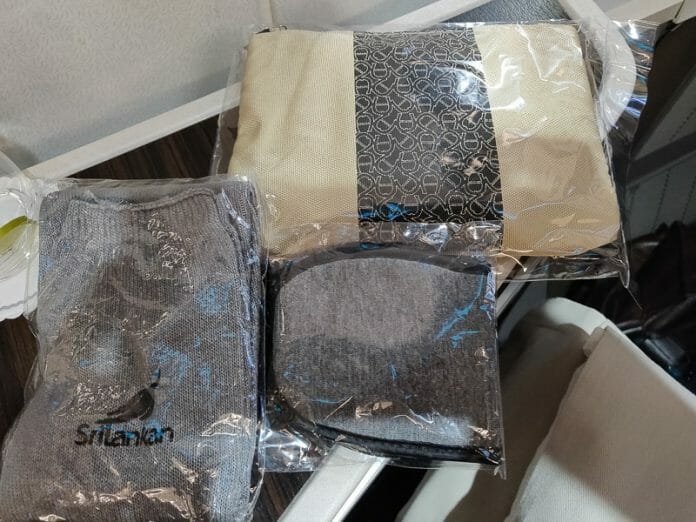 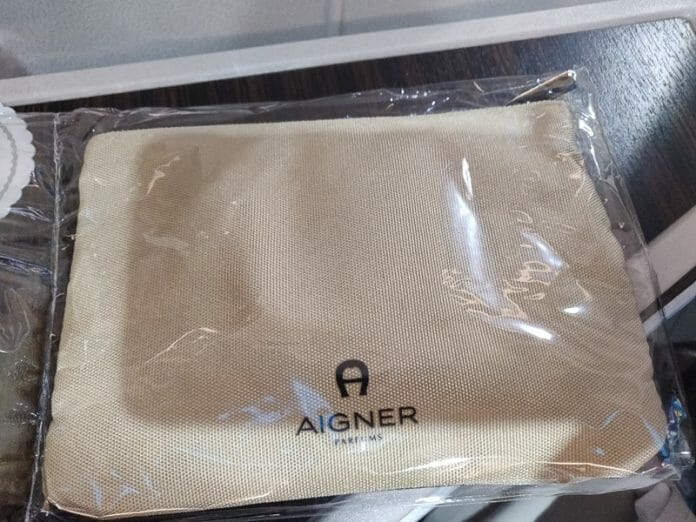 The light load meant boarding was completed quickly and we soon pushed back. Flying time was estimated at around 5 hours. My early start meant that my priority was sleep, but I figured that this could be balanced with a curry and opted to have mine at breakfast just before landing. 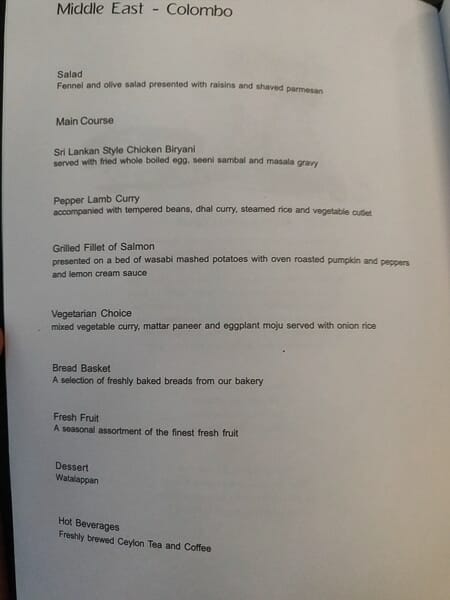 I reclined my seat into bed mode as soon as the seat belt sign went off. It was comfortable enough but by this stage I probably would have slept on a rock.

I woke up around the South-East coast of India with about an hour until landing. My curry was duly presented, and I duly gorged. The lack of chapatti was a shame, but not a show stopper. 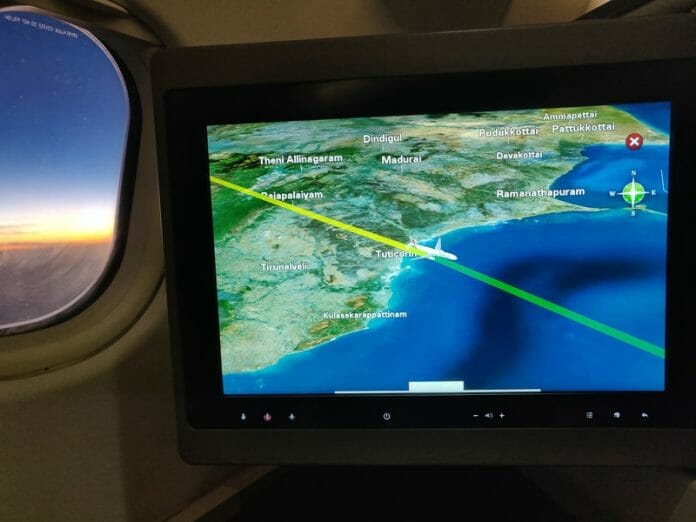 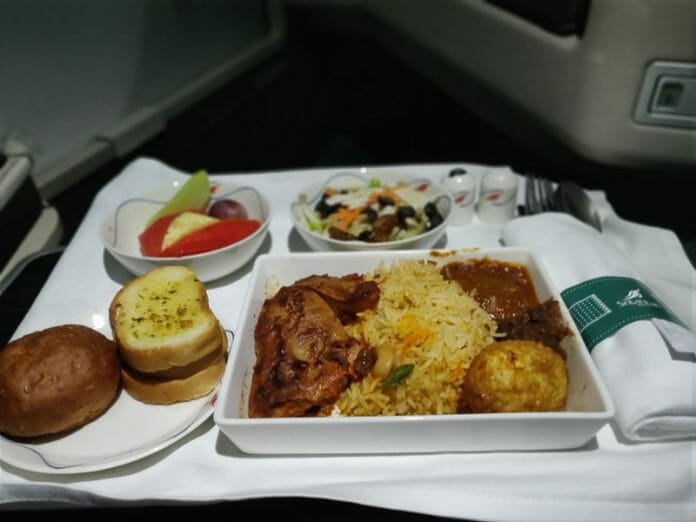 We touched down in Colombo on schedule at what transpired to be a busy time for the airport. I had about 9 hours before my next flight (Emirates First to Singapore) so I’d planned to leave the airport, and find more curry and try and get some sleep at the Galle Face Hotel.

Overall I thought this was a decent product, with well intentioned service but a little unpolished. Sri Lankan sometimes has some very good fares ex Jakarta and I’d be happy in it on a longer flight (e.g. London to Colombo which is ~12 hours).

The Milelion Community
The Milelion Community is made up of like-minded people who want to share tips to help each other travel better for less. If you've got a tip, trip report or any other hack that you think the community would be keen to know about, reach out via our contact us option!
Previous articleReview: St Regis Bali
Next article2019 Edition: A guide to credit card airport limo benefits