Finally got enough miles for a Business or First Class award? Make sure you get the best possible seat.

In our previous guide, we covered the basics of redeeming Singapore Airlines awards – how to price them, Saver versus Advantage awards, and strategies for dealing with the waitlist. However, there’s one more important question to answer: which cabin products are worth redeeming miles for?

Imagine you’re planning to redeem a Business Class ticket from Perth to Singapore. You go on the KrisFlyer website and see two options – SQ216 and SQ224. Both are immediately available for confirmation, and both cost 36,500 miles plus taxes. You decide on SQ224 because you’d rather leave in the early morning than in the middle of the night. 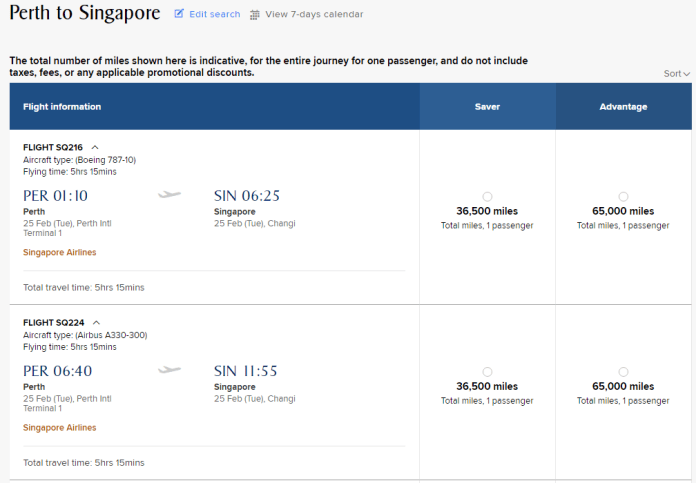 The day of your flight comes and you’re excited because, based on the airline’s marketing, you’re expecting a flat bed seat, tons of privacy and plenty of legroom. But you step onto the plane and see this cabin: 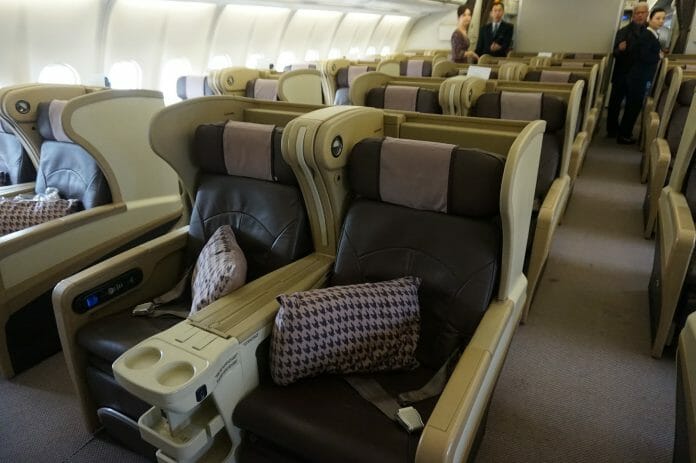 The seats don’t have good privacy, your window seat position means you need to awkwardly straddle your neighbour to get to the aisle, and when you recline to sleep, the angled flat seat causes you to slide to the floor.

Sure, the service plus food and beverages are still great, but you can’t help but feel a little short-changed when you find out that Business Class on SQ216 looks like this: 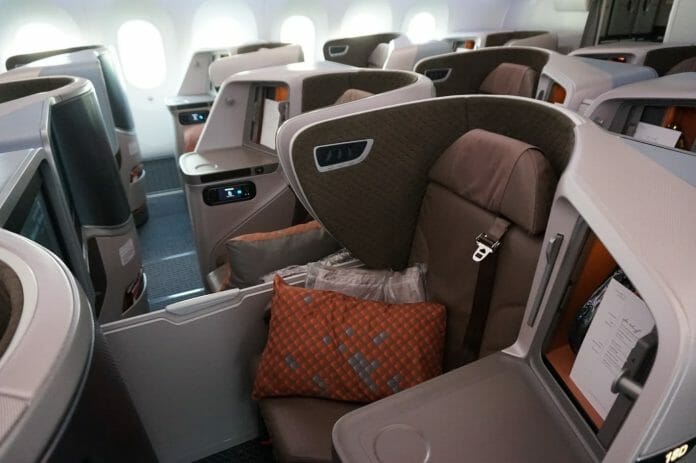 You’ve just learned the first immutable rule of redeeming miles: not all Business (and First, for that matter) Class seats are the same!

Airline seats, especially at the pointy end of the plane, are a competitive business. Airlines are constantly in the midst of designing, testing, and launching new cabin seats with only 4-5 years between product cycles. This means that you’re likely to encounter a variety of different seats in a given cabin class, even on the same airline.

What’s more, since airlines typically don’t discriminate among cabin products when it comes to redemption rates (e.g. in our opening example, both SQ216 and SQ224 cost the same number of miles even though the former features a more modern seat), it simply makes sense to save your miles for the latest and greatest products.

This means we need a “field guide” of sorts to the Business and First Class cabins. Which seats are worth your miles?

Singapore Airlines has five different types of Business Class seats across its fleet. 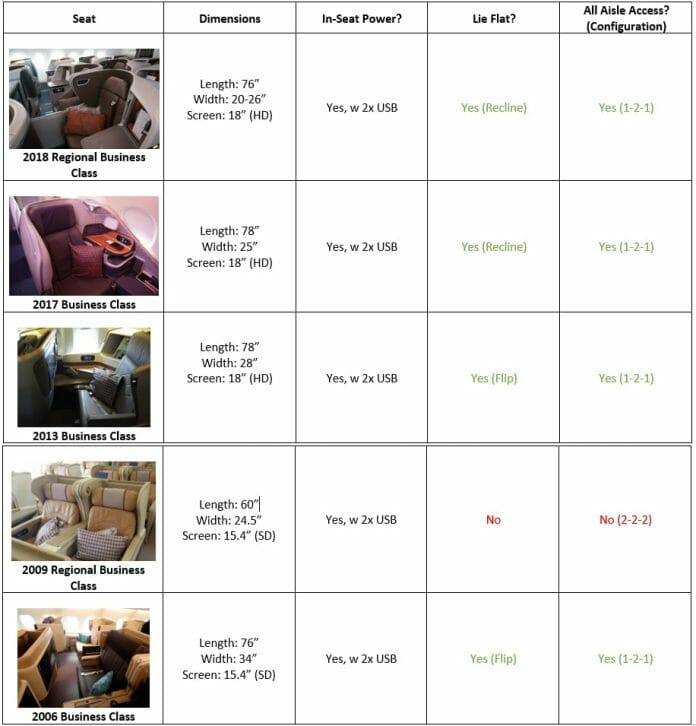 In my opinion, the only seats to actively avoid are the 2009 Regional Business Class, which is found on the A330-300s, B777-200s and B777-300s. As we saw earlier, these angled flat seats are uncomfortable for sleeping and don’t provide all passengers with direct aisle access. They also don’t offer much privacy.

That said, some also dislike the 2006 Business Class. This seat was revolutionary when it first launched: a full flat, all aisle access product with a wider width than many airlines’ First Class seats. However, it’s now more than a decade old, and many seats have visible wear and tear. The inflight entertainment (IFE) screens are not high definition, and it generally doesn’t feel like the best Singapore Airlines has to offer.

The 2013, 2017, and 2018 seats are all excellent by any airline’s standard, with high definition IFE screens, exceptional privacy and well-designed work and rest modes. There may be a slight preference for the 2017 and 2018 designs because they allow you to recline the seat into a sleeping position (as opposed to the 2013 model which requires you to stand up to flip the seat over), but otherwise any of these will be more than comfortable on a long-haul flight.

In most cases, the aircraft type is sufficient to tell you what seat you have. You can find this information on the booking screen:

Here’s how you match the aircraft type to the seat. 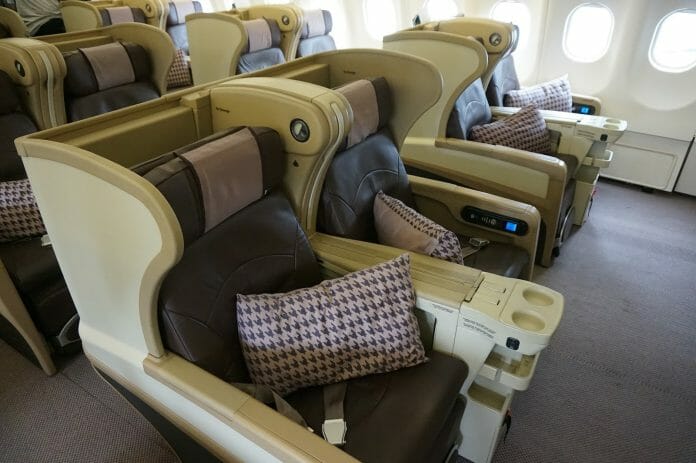 These three aircraft all use the 2009 Regional Business Class seat, which we’ve mentioned is one to be avoided. These aircraft can be found on regional routes from Singapore to places like Bangkok, Manila, Perth, Taipei and Ho Chi Minh. 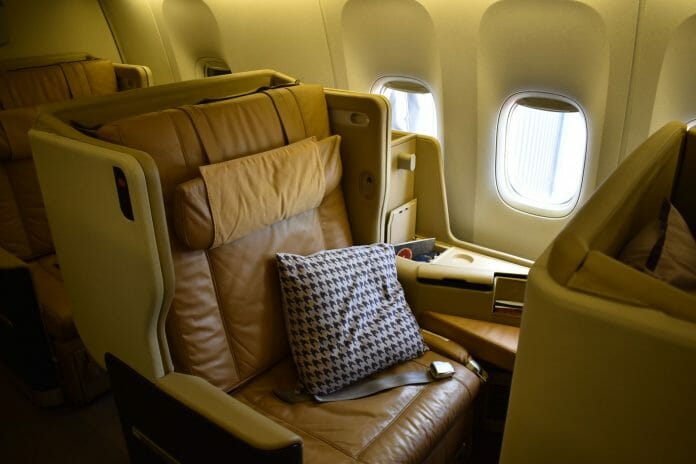 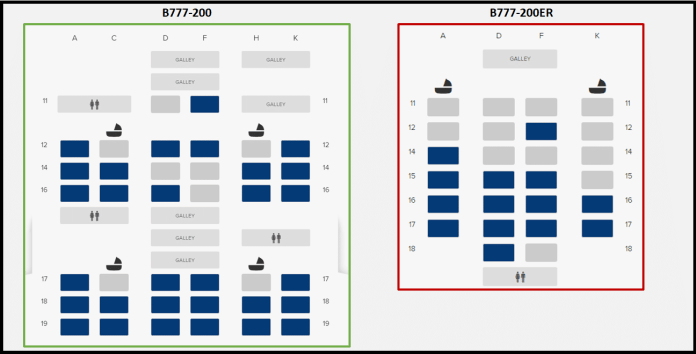 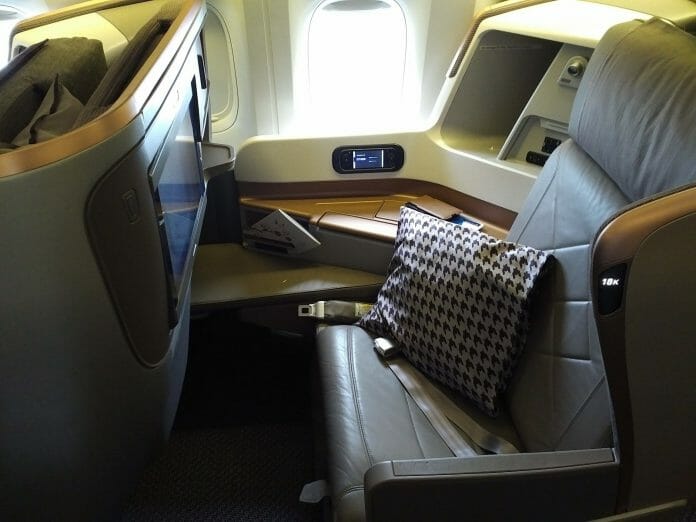 This aircraft uses the 2013 Business Class seat, and serves a wide range of long haul routes including the USA, London, Paris and Sydney. 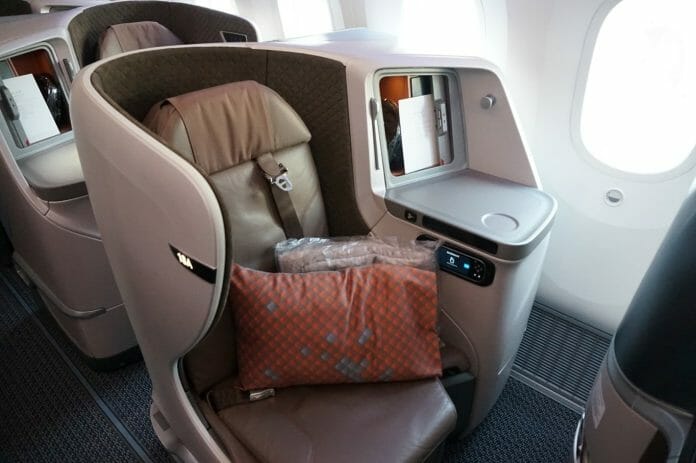 This aircraft uses the 2018 Regional Business Class seat, and is seen on some flights to Perth, as well as routes to Osaka, Tokyo, and Bali.

There are two types of Business Class seats on the A380-800. To know which one you have, refer to the seat map during the booking process. 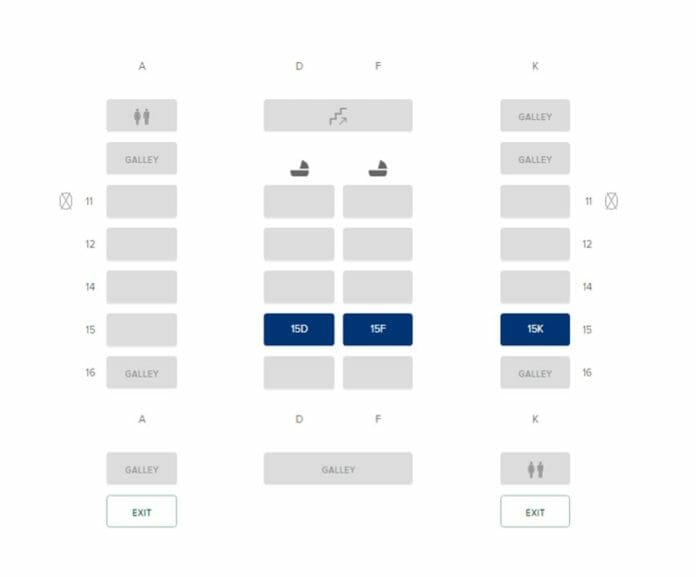 Just like the A380-800, there are two possible Business Class seat types for this aircraft.

If you see the seat map below with the “ears” on the seats, you have the 2018 Regional Business Class. 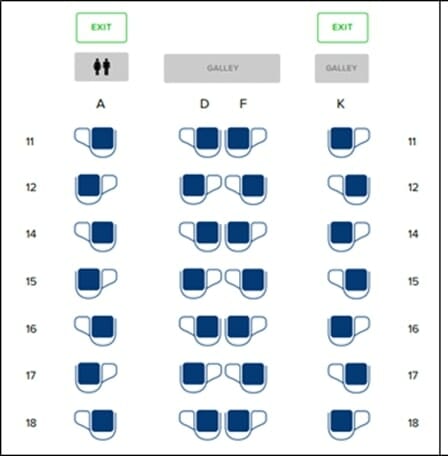 If you see the seat map below, you have the 2013 Business Class. You can expect seats that convert into full-flat beds in all Singapore Airlines First Class cabins (or even a separate seat and bed, in the case of the 2017 Suites). I personally don’t think there are any seats that need to be avoided; even though the 2006 First Class seat is more than a decade old, First Class cabins go out empty more often than Business Class, and the wear and tear is less noticeable. It goes without saying that all First Class cabins are extremely private and low density.

This aircraft uses the 2006 First Class seat, and only serves short and medium-haul routes like Jakarta, Manila, and Mumbai.

This aircraft uses the 2013 First Class seat, and is found on long-haul routes to the USA, Australia, and Europe.

There are two types of First Class seats (also known as Suites) on Singapore Airlines’ A380-800 aircraft.

The more common one is the 2007 Suites, which can be identified through the seat map below. Note how there are 12 seats in the cabin. 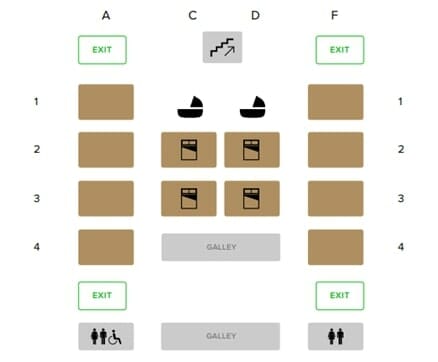 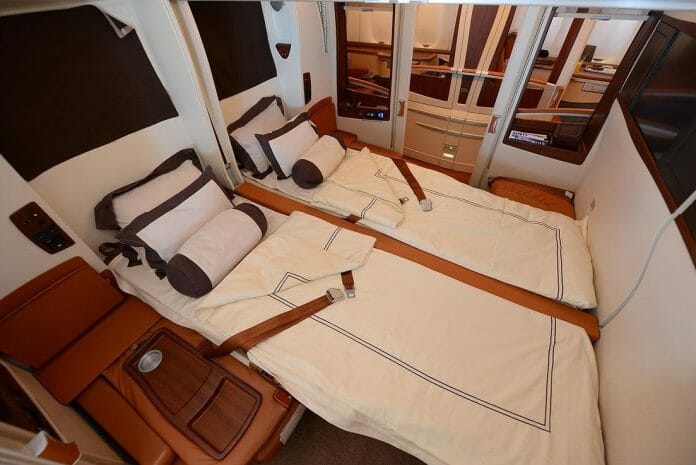 The less common, but more luxurious and modern seat is the 2017 Suites, which can be identified through the following seat map. Cabins with this configuration have only six seats in total. 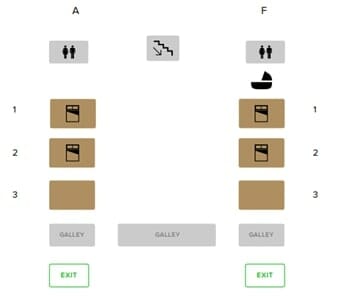 Minimise the possibility for disappointment

There’s nothing worse than realising you’ve spent your hard-earned miles on an inferior seat, but with this guide you’ll be well-placed to identify the best seats for your award flights.

Do remember that airlines reserve the right to switch aircraft types for operational reasons, and this may result in you getting a different type of seat. By right, there’s no compensation due so long as you fly in the ticketed cabin class (because “Business Class is Business Class”), but out of goodwill the airline may offer you some vouchers if you file a complaint (because not all Business Class is made equal!).

Wish I knew these earlier this year. I took a B773 Biz class to London and a A380 Biz class back to Sing. Not only the seats, the IFE on the older A380 was different too.
But yes, the food, wine, service and actually IFE contents was the same (as far as movie choices went).

yeah it’s a shame that you got the old a380 because those seats really need to be put to pasture. i find the IFE screen gets washed out under bright light as well, and there are many cosmetic defects to the seats that haven’t been repaired

Aaron, did u buy anything at Wasser Bath today??? Haha!!!

i may have bought things to clean my unmentionables

I love the sq224. It’s perfect for parents with toddlers. Easy access

it’s interesting because you’re not the first parent to tell me that. i suppose i just can’t see it right now, but perhaps in time i’ll come to understand it…