Any limo rides earned on the Citi Prestige card will be valid till 31 December 2020.

With the notable exception of American Express, most banks haven’t done an awful lot for their premium cardholders during this Covid-19 pandemic. That’s led many members to think twice about renewing- why shell out ~$500 when you can’t use most of the travel-related benefits?

Well, Citibank has finally made a positive concession for its Citi Prestige cardholders, where the airport limo benefit is concerned.

As it stands, Citi Prestige cardholders who spend at least S$12,000 in a calendar quarter will receive two complimentary airport limo rides. These rides normally need to be used within the same calendar quarter they were earned:

For the avoidance of doubt, cardmembers cannot bring forward their entitlements or accumulate their spend beyond the Programme Period. Cardmembers must make the Qualifying charges and utilize their entitlement(s) within the same quarter.

Since none of us are heading to the airport anytime soon, Citi has updated these T&Cs to allow Citi Prestige customers to carry forward limo rides. The clause now reads:

In other words, any limo rides earned from now till 31 December are valid till the end of the calendar year. Do note that they still need to be consumed within the calendar year they were earned, or else they’ll be forfeited.

I’m confirming with Citibank whether this policy applies retroactively, i.e to limo rides earned in Q1 2020. My guess is it doesn’t, but I’ll update this post when I get official confirmation.

Who else is extending concessions? 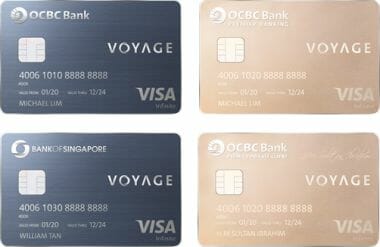 Citibank isn’t the first to allow cardholders to accumulate limo rides. Back in April, OCBC VOYAGE extended the validity of all limo rides earned this year to 31 December 2020 or three months after earning, whichever comes later.

Unfortunately, there’s no concession (yet) for other cards, which still adopt a “use-it-or-lose-it” approach.

This is the second improvement that Citibank has made to the Citi Prestige limo benefit this year, after reducing the qualifying spend from S$20,000 to S$12,000 in February. It’s hardly a reason to go out and get the card now, but at least there’s some benefit for existing cardholders.

Do remember that Citi PayAll also counts towards the minimum spending requirement, so a big tax payment now may be a way of earning limo rides for later this year.