Save 15% off Klook's staycation packages with the DBS Woman's or Woman's World Card, capped at S$30.

For a limited time, DBS Woman’s Card and Woman’s World Card members will be able to enjoy 15% off Klook staycation packages with a minimum spend of S$150. The maximum discount is capped at S$30. 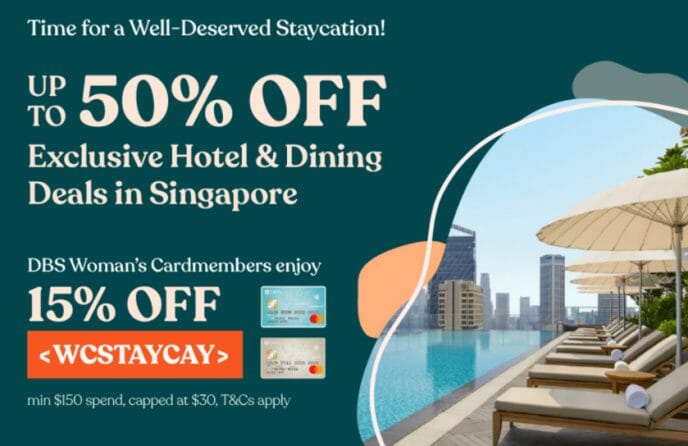 Cardholders will need to enter the promo code WCSTAYCAY to enjoy this discount, and limited redemptions are available. They will earn the usual 2 or 4 mpd on Klook purchases, depending on which card they hold. 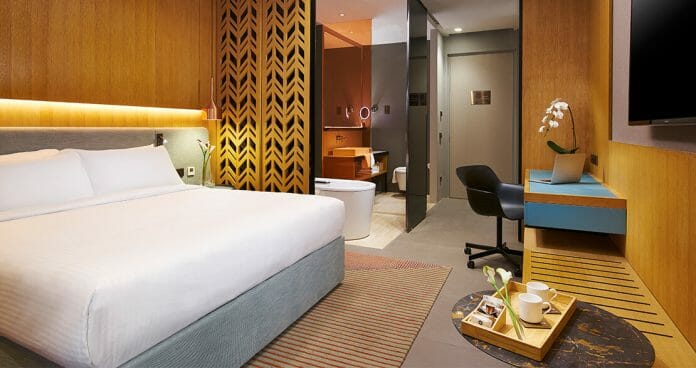 Klook is currently offering staycation packages at the following hotels:

The deals that caught my eye are:

There may be some value in the Ascott deals, but if you’re willing to buy Ascott Star Rewards points instead, you’ll find that to be a much cheaper avenue.

I’ve had the opportunity to review the following hotels during Phase 2 so far:

Aaron Wong
Aaron founded The Milelion to help people travel better for less and impress chiobu. He was 50% successful.
Previous articleSingapore lifts travel restrictions to Brunei and New Zealand (but don’t celebrate yet)
Next articleBack again: US$30 sign up bonus for online shopping with Rakuten