Do any credit cards still offer rewards for GrabPay top-ups (and when is GrabPay a good idea)?

With July's MCC change, rewards for GrabPay top-ups are all dead- almost. But when should you be using GrabPay, anyway?

Back on 17 July, Visa reclassified GrabPay top-ups as MCC 6051: Quasi Cash Merchants. This MCC is excluded by virtually every credit card rewards program out there, so it pretty much wrecked the vast majority of GrabPay use cases.

After all, when double dipping was possible, credit cards and GrabPay weren’t either/or solutions. You could top up your GrabPay balance with a credit card to earn credit card points, then spend your balance to earn additional GrabRewards points.

But when there’s no more credit card points to be earned for GrabPay top-ups, you’re forced to make a choice between the two. And trust me, the math doesn’t favor GrabPay…

But is it really game over for GrabPay? Not quite.

When should you use GrabPay? 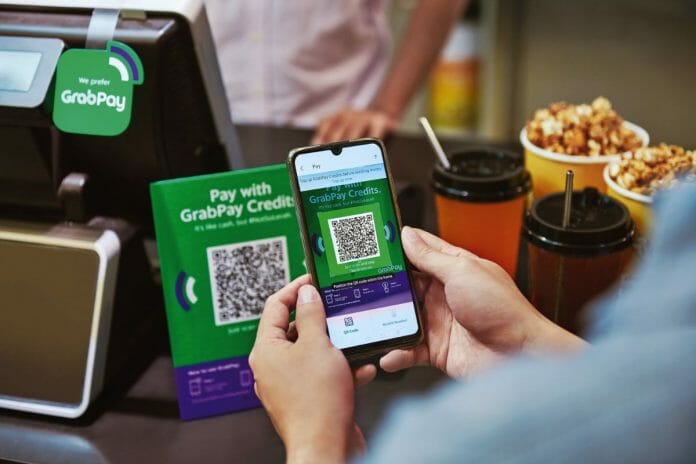 Well, one obvious use case is when a merchant accepts GrabPay, but not credit cards. In that case, it’s of course better to pay with GrabPay and earn some GrabRewards points, than pay with cash and walk away empty-handed.

Although credit cards and GrabPay share some similarities in terms of rewards exclusions, the overlap is not total. The following GrabPay card transactions do not earn GrabRewards points:

Although that’s a fairly extensive list, it does not include some typical credit card rewards exclusions, such as…

Education: The vast majority of credit cards exclude education transactions from earning points, with the exception of Maybank and American Express (but finding a place that accepts the latter will be challenging anyway).

If you need to pay school fees or some other educational platform, you might as well use the GrabPay Mastercard and get some points out of it.

Donations: Although Giving.sg, and GoFundMe transactions are reported to fail with the GrabPay Mastercard, other charitable donations have gone through (and been rewarded with points).

Hospitals: While you’ll definitely be able to earn credit card rewards when paying at private clinics and hospitals, public hospitals are slightly more tricky. If you’re unsure whether a hospital codes under 8062 (earns points) or 9399 (does not earn points), it may be safer to use the GrabPay card (or an American Express one, if it’s accepted).

Utilities: Paying your SP Services or OEM retailer bill via the GrabPay Mastercard will earn you GrabRewards points, but keep in mind this isn’t a blanket exclusion category for credit cards yet.

Are there really no more rewards for GrabPay top-ups?

But even when a particular category is excluded by both GrabRewards and credit card rewards, it’s not the end of the story for certain cardholders. 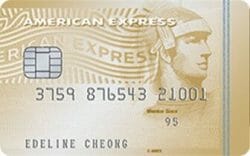 In March this year, American Express excluded GrabPay top-ups from earning rewards on all of its consumer cards- except one. The AMEX True Cashback Card continues to earn a flat 1.5% cashback on all transactions including GrabPay top-ups, and AMEX has even advertised this fact on occasion.

I can also confirm that the AMEX Singapore Airlines Business Credit Card earns points on GrabPay top-ups. I recently got this card to take advantage of the free Accor Plus membership that comes with it (if you’re a small business owner, do take a look because it’s a fantastic deal) 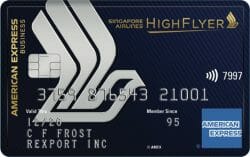 The first thing I did was to charge a S$10 GrabPay top-up to see if any points were triggered, and lo and behold, 18 HighFlyer points (equivalent to 9 miles) were credited. 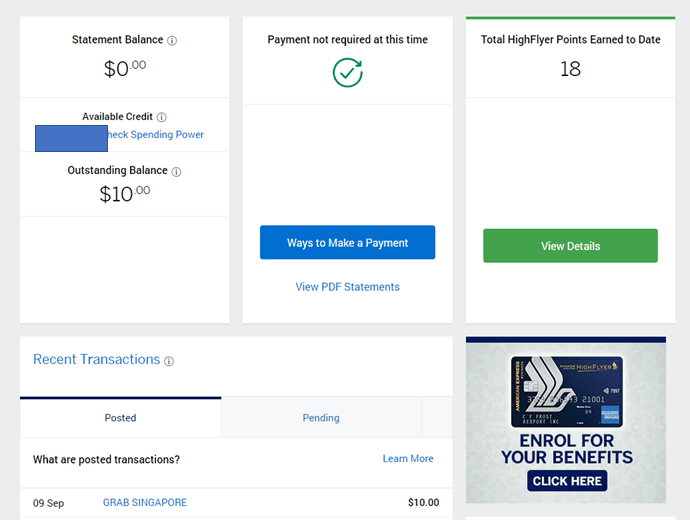 I hope you see what I’m driving at here:

Suppose you have an insurance premium to pay, and AMEX is not accepted. No problem- top up your GrabPay balance with either of these AMEX cards, then use the GrabPay Mastercard to pay. You’ll effectively earn 1.5% cashback or 0.9 mpd on your premium.

Alternatively, if you’re making a donation, or paying for education, government services, utilities etc, you could top-up your GrabPay balance with either of these AMEX cards, then use the GrabPay Mastercard to pay. You’ll effectively earn 1.5% cashback or 0.9 mpd, plus GrabRewards points.

If you’re trying to hit the sign-up bonus on the AMEX Singapore Airlines Business Card (30,000 HighFlyer points with S$5,000 spend in the first 6 months), but struggle to find places where AMEX is accepted, simply top-up your GrabPay balance and spend it with the GrabPay Mastercard. As an added bonus, you enjoy 51 interest-free days, as opposed to the usual 30 or so with regular credit cards.

Don’t forget that GrabPay has just started its latest Power Up campaign today, which awards bonus points for meeting certain spending thresholds (the bonuses are capped, mind you, so read the T&Cs). This should also factor into your decision making process,

While the loss of 4 mpd on GrabPay top-ups will go down as one of the biggest nerfs of 2020, there are still certain scenarios where the GrabPay wallet can come in handy. This requires that you know the rewards exclusions on your existing credit cards fairly well, however, so read those T&Cs carefully.

Any other GrabPay use cases?

Aaron Wong
Aaron founded The Milelion to help people travel better for less and impress chiobu. He was 50% successful.
Previous articleSingapore Staycation Breakfast Guide: What can you expect during Phase 2?
Next articleNew GrabPay Power Up promotion: Earn up to 22,000 GrabRewards points for online spending

I wonder, now that GrabPay top ups are effectively nerfed, whether our old friend Dash Visa card can fill in the gap which was left behind. If you have the option to pay through Singtel bill, that would be a possible option.

Topping up Dash by Singtel bill (indirect 4mpd) is only up to 200sgd/month. Topping up Dash by credit card is up to 999sgd/month, but recently no card seems to give miles for this. Before 1Aug2020, HSBC Revolution did give 2mpd for 200sgd even it is top up, but now it’s gone.

I don’t think you can top up Dash via Singtel bill anymore. Option has been taken out from the app

apparently dash on iOS still has this

Quoted from hwz:
new version of app is better, old version, the option is always shown, only after u try then tell u cannot topup cos u already done once.

new version, only when your time is up, then it will show

wait for your billing cycle.

My billing date is coming soon. I will update here once it is here.

pity the grabpay product managers who need to explain the drastic decline in usage..

Maybe it’s actually good for their bottom line. It seems Grab were following the old “what you lose on a single transaction you make up on volume” mantra of cash burning startups. I know the banks and Grab didn’t make much out of my 10% cashback and huge haul of miles.

Grab Foodie Pack, which gives $4 off delivery fee on GrabFood requires use of GrabPay Credits.

Hello guys , I need some advise pls, if I use the grab Master Card for my recurring Bill , do I need to have a certain amount store in the card first or as Long as I have opts for auto top up with $50 each time..
Thanks in advance

They just nerfed it

just tried another $50. works for me…