Heads up: from 1 March 2020, it'll cost more to use your AMEX card overseas, and you won't earn rewards on SAM, insurance, SPC or GrabPay top-ups.

In a market where every other bank has raised FCY fees, American Express has been a surprising exception. Despite its reputation for being a “high fee” platform, AMEX has steadfastly maintained its FCY charge at 2.5%, even using this as a selling point on some of its eDMs.

Furthermore, AMEX cards may not have the highest rewards earning rate, but they were noteworthy for having one of the most generous rewards policies out there. While other banks bend over backwards to add to their exclusion lists, AMEX’s attitude has been more laissez-faire, only excluding obvious things like cash advances, annual fees and late payment fees. 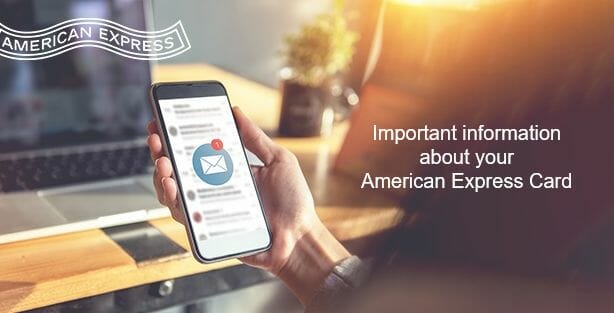 Well, it looks like they’ve finally blinked. This morning, AMEX sent an update to its customers detailing some changes it’s making with effect from 1 March 2020.

To be fair, AMEX hasn’t changed its fee since 2013, and the revised fee still puts them among the lowest in the market- only Maybank and HSBC are lower at 2.75% and 2.8% respectively.

That said, you’ll need to revisit your cost per mile calculations:

The funny thing is, the fee hike doesn’t actually change anything for me. It was always terrible value to use your AMEX Platinum card overseas, and this merely reinforces that.

In addition to the FCY hike, AMEX will be adding four new rewards exclusion categories from 1 March 2020:

These changes affect all KrisFlyer miles, STAR$ and Membership Rewards earning cards. Curiously enough, the AMEX True Cashback Card is not affected by these changes.

Let’s look at each of these exclusions in turn. 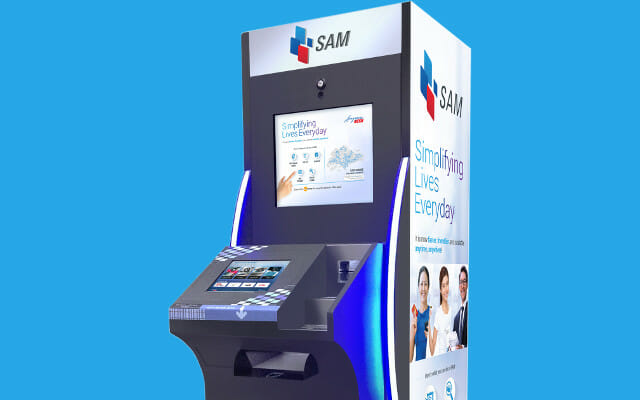 I was surprised to see this, because I didn’t even know it was possible to use AMEX cards at SAM kiosks.

According to Matthew, there are a few limited categories (Kaplan, SUTD school fees) where AMEX is accepted, but if you didn’t use that then I doubt you’d be impacted by this change. 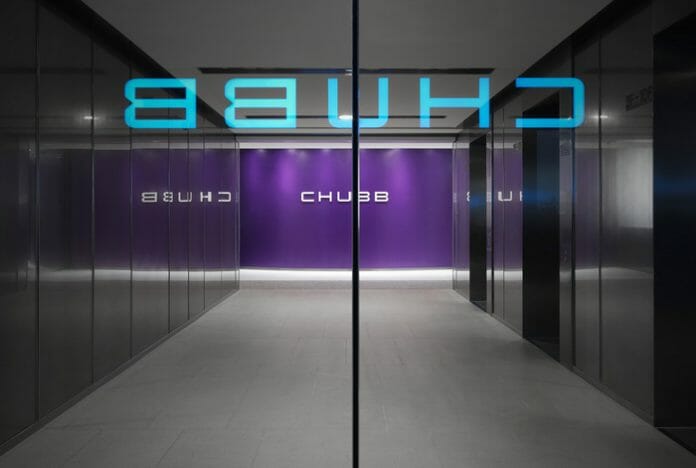 Similarly, this isn’t actually that big a loss. Although American Express was one of the few cards that still awarded points on insurance payments, in reality it was nigh on impossible to find an insurance provider that accepted AMEX. Even if you did, you could always have done better by using the BOC Elite Miles World Mastercard (1.5 mpd) or the HSBC Revolution (2.0 mpd, if paid online), so like SAM, I don’t think too many people will mourn this.

The T&C state that insurance products purchased through American Express authorized channels will continue to earn points- I take this to mean Chubb. 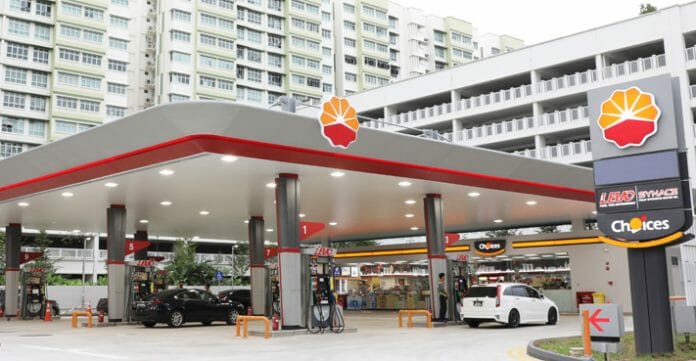 Now this is where it starts to hurt a bit more.

The decision to exclude SPC is surprising. We know that AMEX has continued their tie-up with the petrol chain for 2020, offering cardholders a 7.1% statement credit (capped at S$150), but I didn’t think it would come at the expense of rewards earning- it certainly didn’t in 2019. 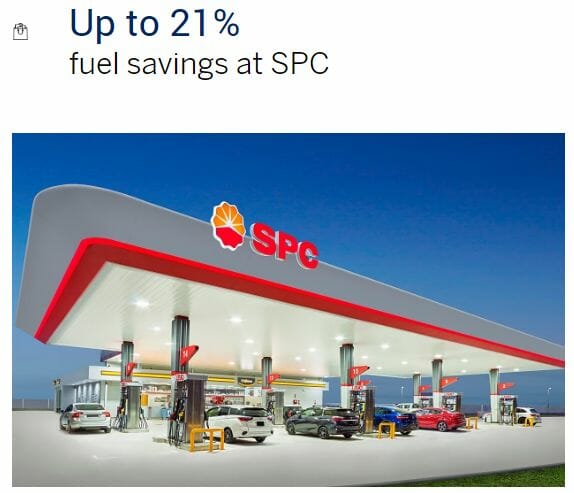 It looks like AMEX is taking a leaf from the UOB playbook by limiting double dipping. UOB does not award UNI$ at merchants which participate in the SMART$ program, such as Shell and SPC. My guess is that they’re co-financing part of the rebate, so they don’t want to further cut into their margins by giving points too.

This exclusion means that miles chasers will have to choose between miles and cash savings at SPC, but here’s a rare instance where I think cash savings may make more sense.

Suppose you had a Maybank World Mastercard, which earns 4 mpd on petrol. You’d get 10% off at SPC (by virtue of the SPC&U card), versus 21% off and no miles with an AMEX card. The effective trade is 4 mpd for an incremental 11% discount- a fair trade at a 1.8 cents per mile valuation, but obviously not as good as right now. 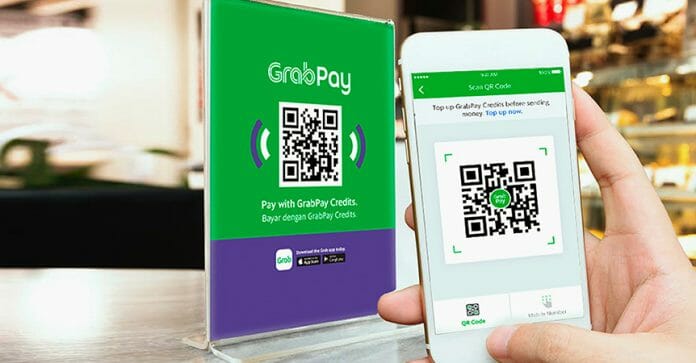 Ah, GrabPay top-ups, the elephant in the room.

AMEX has historically awarded points for GrabPay top-ups, even up to 3.2 mpd on the AMEX KrisFlyer Ascend for the first S$200 each month. Beyond that, you’d still enjoy the regular miles earning rate, a rarity in the market today.

From March, you’ll only earn points on Grab services like rides and food. I would imagine most people are still using the Citi Rewards Visa or UOB One for GrabPay top-ups, so this only affects you if you went above their respective caps. Nonetheless, it’s yet another landmark on the road to total exclusions by the banks.

Despite the new exclusions, AMEX tells me that these transactions will still count towards eligible spending for the purposes of sign up bonuses.

The question then is whether it’s worth giving up miles on those particular transactions for the purposes of hitting the sign up bonus threshold. If you’re just shy of the mark it might, but you’ll definitely want to do your sums properly.

It’s worth noting that AMEX will continue to award points for charitable donations, utilities bills, telecoms bills and education payments. This makes it a good catch-all card, provided the merchant takes AMEX in the first place.

I find it strange that banks continue to hike FCY fees, given that (1) you’d think technological improvements would reduce the cost of processing FCY transactions (2) it only sends more customers fleeing to no-fee platforms like YouTrip and Revolut.

Sad to see grab top-up being excluded.
Will it be possible to have an article detailing which cards still gives miles for grab top ups?

Actually regarding the whole “don’t call the bank thing”- having spoken with folks on the other side of the table, I can tell you they are very aware of what’s happening. If/when they decide to pull the plug, it’ll be because the math no longer makes sense, not because they suddenly realised it was happening.

Lucky it is the start of a new year, hence Grab’s 30K per annum has resetted.
Time to top-up a bunch before Feb 2020.
It is a real pity though, I have been so happy using my grab card for the miles and reward points.

I agree that the banks are no idiots. However, in practice, they don’t review ALL their products ALL the time. Maybe there’s a schedule, like quarterly or yearly, for each product. If no one was complaining, it’s probably assumed that all’s well, and nothing to open or reopen. But if there are several niggling things to deal with this month, then there will be a call to review that something next month, earlier than original schedule. And more often than not, skeletons will be revealed.

do people really believe this? banks are the first to know, they just don’t close it until it becomes significant enough to warrant action.

I would very much like to see a post on cards that would still work. I saw that a number of cards/banks have stopped rewards come March 2020.

On why banks continue to hike FCY fees… Banks have budget targets to meet on revenue earned from FCY fees. In the past, this was fuelled by growth in the number of people spending abroad as well as the spend per cardholder. But with the rise of multi-currency debit cards such as YouTrip, this growth is now under threat. The quickest way for banks to continue to hit budget targets is simply to increase FCY fees. Banks are likely betting that most of their customers are either (1) sleeping – they are not aware of no-fee alternatives such as YouTrip… Read more »

thanks bayle, this is a good summary. if this continues, however, one wonders how long it’ll take before youtrip/revolut start eating their lunch.

I think it depends largely on whether YouTrip and Revolut’s current business model is actually sustainable. Right now, they seem to be investing for growth. But unless they have investors with really deep pockets, they must start looking for a path to profitability at some point. I guess we’ll just have to wait and see.

Revolut and YouTrip’s current model does not make money no matter how much they scale because it is loss making at the unit level. Their goal is to somehow monetize in the future, and in the meantime liquidate some of their stocks at sky high valuations. In the short-run, as a rational product manager at the bank, how are you going justify running negative unit economics for years? Your salary will not improve, you don’t have stocks to liquidate, and you don’t have investors that are willing to sit in deep losses for years. For the bank employee, their limited… Read more »

It is not necessarily negative economical value. For every transaction, Youtrip gets a cut of credit card fee(card issuer gets the largest cut, more than 1%), which is more than what it pays MasterCard to clear the top up.

All it needs is volume to offset cost.

The people who run the products are incentivised to have a myopic view – they couldn’t care less whether revolut or youtrip will eat their lunch 1 year for now. It’s all about the quarterly bonuses baby!

Agreed, same way the people who run Revolut or YouTrip couldn’t care less whether the company is profitable in the long run. Its all about cashing out baby!

Which actually works out very nicely for us consumers.

With the exclusions, AMEX miles cards just became less of a catch all, which diminishes the less than fantastic appeal they had. Looks like the start of a reveral to their strategy of gaining mass market appeal for their milles related products they were pushing for awhile. I guess the slow down in the marketing for their Krisflyer cards (what I had noticed anyway) was a warning sign of sorts. Back to the more sensible options for me. I do still hate to spend too much time thinking about which cards to use wherever I go. Cards are supposed to… Read more »

Let’s hope that DBS, Citi and the others don’t hike their AMEX cards’ FCY rates as well, stealthily or otherwise.

Does this mean that the True Cash Back card can still be used for Grab Pay top ups?