What’s the best credit card for hospital or medical bills?

Earning points for hospital and medical bills often gives miles chasers more anxiety than the treatment itself! Here's which cards to use.

What’s the best credit card to use for hospital or medical bills?

That’s one of the most common questions I get, but also the hardest to answer. Hard, because there are a heck of a lot of permutations, and I don’t want to steer anyone wrong. Given how expensive hospital bills can be, the pain of using the wrong card could well send you right back inside.

But since most of us will probably end up in a hospital at some point in our lives, let’s attempt to provide some structure to this question, and see if we can work out a few general principles.

How are hospitals classified?

It’s first necessary to understand how hospitals are classified in Singapore. Here’s how the MOH organizes things:

Do note that the following specialist centres are also classified as public institutions:

Why does the classification matter? Because it affects the hospital’s MDR (Merchant Discount Rate- the fee paid to accept credit card payments).

In general, public and non-profit hospitals pay lower MDRs, while private facilities pay higher. The lower the MDR, the less profit the banks make on a transaction, and the less likely they are to offer credit card rewards.

What MCC do hospitals code as?

There are two main MCCs that hospitals can code as:

Do note that despite the government association, most public hospitals don’t actually code under 9399. Instead, most fall under 8062, such as Changi General, NUH, and SGH (this may also explain why OCBC has decided to further slice the 8062 code, see below).

If this wasn’t complicated enough, it’s possible that within a given hospital, different departments may bill differently. For instance, Ng Teng Fong’s pharmacy codes as MCC 9399, while Ng Teng Fong itself codes as 8062.

There is no comprehensive list of which hospitals code as what. You can find a few scattered data points on this crowdsourced spreadsheet and on WhatCard, but I can’t vouch to their accuracy or recency.

For what it’s worth, my understanding is that very few hospitals still code under 9399, and most of them would be on 8062 by now.

When in doubt, always test a small amount first and check the MCC with the bank’s CSO.

Here’s a summary of each bank’s policy for transactions made at hospitals:

Awards points on all hospital payments

Let’s start with the simplest one first. All American Express cards will earn points on hospital payments, regardless of the MCC. This makes them the least stressful option to use.

Perhaps the better question is: are AMEX cards accepted in the first place? If so, here’s how many miles you can earn.

Awards points on all hospital payments, except 9399 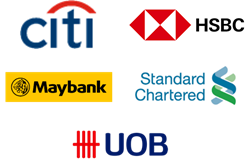 This is the position the majority of banks take. So long as the transaction does not code under 9399, points will be earned as per the regular T&Cs.

Awards points on all hospital payments, except 9399, public & non-profit

OCBC is currently the only bank adopting this approach, although we may well see others follow suit shortly.

On 1 June 2020, OCBC updated the T&Cs of all its points-earning cards to exclude the following:

Transactions to Singapore Government Public Hospitals including Non-Profit Hospitals, Community Hospitals and Polyclinics under the MCC 8062.

Note that they didn’t enforce a blanket exclusion of MCC 8062; rather, they carved out the public and non-profit hospitals from earning rewards. This means that hospitals like Mount Alvernia and St Andrew’s will be excluded, but cardholders can still earn rewards at private facilities like Raffles and Parkway East.

OCBC cardholders will earn miles at the following rates:

Does not award points

Don’t bother using any DBS or Bank of China cards in hospitals, because they both exclude the category altogether, regardless of private/public.

What about other medical facilities?

Based on past data points, polyclinics code as 8062 and not 9399, and hence earn regular credit card rewards (most also accept Paywave, so 4 mpd with the UOB Preferred Platinum Visa is possible).

The same logic applies to dentists. Dental treatment at a hospital (or the National Dental Centre) will earn points, subject to the usual 9399 exclusion. If you’re visiting a stand-alone dentist (like Q&M or Nam Seng Dental), it will most likely code as 8021.

To my knowledge, no bank has excluded this category, and you should earn points as per normal. 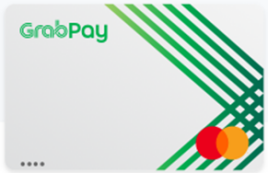 If you’re really paranoid, the safest bet would be to top-up your GrabPay balance with the Citi Rewards Visa (for 4 mpd), then spend it using the GrabPay Mastercard.

Even if you don’t have the Citi Rewards Visa (it’s no longer issued), you could use any general spending Visa card to top-up your GrabPay balance and use it as a workaround.

For example, a DBS Altitude Visa cardholder could earn 1.2 mpd on the top-up, then use the GrabPay Mastercard to pay at the hospital, effectively circumventing DBS’s restrictions.

I’d feel pretty safe about earning credit card points or hitting a sign-up bonus for spending at private hospitals (DBS and BOC aside). It’s really the public and non-profit where things can get dicey- although the good news is most data points show that even public hospitals code under 8062.

For the anxious ones, stick to American Express cards or the GrabPay Mastercard. Both of these are very safe options for earning rewards.

If you have any more MCC datapoints for medical facilities, please help the community by reporting them below.

Aaron Wong
Aaron founded The Milelion with the intention of helping people travel better for less and impressing chiobu. He was 50% successful.
Previous articleRegister quickly: UOB Lady’s Card offering 4.8 mpd on dining
Next articleGet a $150 CapitaVoucher with the AMEX Platinum Credit Card (no spend required)

Thanks for the helpful article. Got bills to pay at SGH.

Very timely article. Have a 15-25k bill coming up for my 1st child’s birth!

Lol wish i seen this on Tuesday

Dear Aaron, Last month I tried, citirewards visa no longer provide 4mpd for grab top up. You like to double check ?

Did you happen to have exceeded your monthly cap? I just topped up grab on 16th June and was credited the points.

Wonder if anyone knows what is the MCC code used for National Skin Center?

Hi, I think DBS Altitude does not award pointz for grab topups. Its stated in thd T&C

Maybe you should try it yourself…

I think Aaron’s article is referring to payment over counter. Nowadays you don’t really need to pay govt hospital bills over the counter and can opt to pay online instead. I just paid my mum’s SGH bills via http://epay.singhealth.com.sg/sgh. I tested the smaller bills on both my UOB Prvi and Citi Rewards (both Mastercard) and I got 1.4 miles and 4 miles respectively. Do note only VISA and Masters are accepted on this payment gateway.

Yes that’s right! Good to have your data point too

The post metion UOB PRIVI miles card does it applies to all Visa,Master,AMEX?

Am wondering, with the upgrade in HSBC Revolution, does it give 4mpd if using contactless as MCC 8062? If so, you can update it on your article!