KrisFlyer Spontaneous Escapes will be making a comeback, with discounted awards likely available for travel in April 2022.

In the pre-COVID days (remember them?), KrisFlyer Spontaneous Escapes was one of the most-anticipated events each month, with Singapore Airlines releasing a series of discounted KrisFlyer awards for last-minute travel.

Members could typically save 30% off selected Singapore Airlines awards in Economy, Premium Economy and Business Class, although this sometimes was upsized to as high as 51%. Figures it had to happen the month that global air travel encountered an unprecedented shutdown!

Spontaneous Escapes was suspended in March 2020 when the pandemic worsened, and since then has been on perpetual hiatus:

In view of the COVID-19 outbreak, Spontaneous Escapes promotions will be temporarily unavailable.

But not for long.

A post shared by KrisFlyer by SIA Group (@krisflyer.official)

It doesn’t take a rocket scientist to figure out they’re referring to the relaunch of Spontaneous Escapes, after a hiatus of two years. It’s likely we’ll hear an announcement within the next week, with travel for the 1-30 April 2022 period (or possibly 1-31 May 2022 in the case of Premium Economy awards).

While KrisFlyer hasn’t revealed any potential destinations, the photos used in the post give the impression of an alpine destination, perhaps Switzerland or Germany.

But we can also look at past data to see which destinations are shoo-ins for inclusion.

Analyzing 20 months of KrisFlyer Spontaneous Escapes: which destinations are likely to feature?

I previously analysed 20 months of Spontaneous Escapes data, and the following destinations featured the most frequently:

However, a good number of these are in countries that have yet to reopen like China and Japan, so I wouldn’t expect them to feature this time round.

I think it’s more likely we’ll see a selection of discounted awards to Australia and Europe, with a smattering of USA and South East Asian options as well. If you pressed me for some specific names, I’d say Ahmedabad, Bangkok, Brisbane, Kolkata, Kuala Lumpur, Seoul and Sydney.

I’d also say you shouldn’t expect Amsterdam, Barcelona, Munich, Newark or Rome to feature, given how rare they were pre-COVID (but surprise me, Singapore Airlines!), nor any discounted awards for First or Suites.

Of course, the other question is whether Spontaneous Escapes awards will be offered for VTL flights. High demand for these services has meant that award space is very hard to come by, much less Saver awards.

But if the rumours are true and the VTL concept really does get scrapped from April, then the VTL/non-VTL designation will cease to be significant just in time for Spontaneous Escapes.

What are Spontaneous Escapes?

In case you need a refresher, here’s the ground rules for redemption bookings under Spontaneous Escapes. 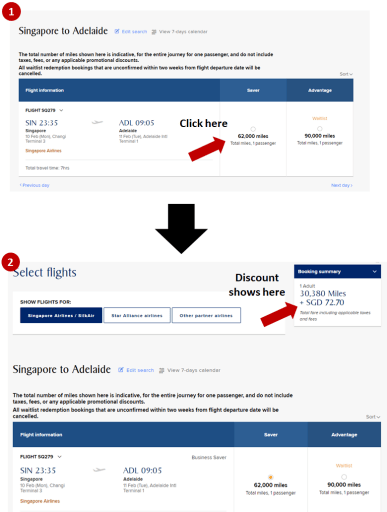 A key feature of Spontaneous Escapes awards is that they’re strictly non-refundable and non-changeable. After all, they’re meant to help the airline fill last-minute inventory that’s likely to spoil; why should they offer backsies?

It remains to be seen whether Singapore Airlines’ complimentary rebooking policy will override this, although it currently applies to all bookings up till 31 March 2022, and Spontaneous Escapes, if announced this month, will be valid for travel from 1-30 April 2022.

With travel picking up and more countries reopening each month, Singapore Airlines has seen fit to relaunch its popular KrisFlyer Spontaneous Escapes promotion.

I’d expect to see some updates come next week, with travel taking place in the April 2022 period (May 2022 for Premium Economy, as per past patterns).

Which destinations are you hoping to see for the inaugural (re-inaugural?) edition of Spontaneous Escapes?

Personally i feel the award charts for AU are too high compared to other flights with around the same flight duration… So they might put in some AU flights?