From 1 July, Amaze will end cashback on local spend and introduce an InstaPoints system with minimum cash-out amounts.

Back in April, Instarem nerfed the cashback rates on the Amaze, cutting the earn rate on local spend from 1% to 0.5%, while tightening the minimum spend requirement and quarterly cap.

Unfortunately, it appears they’re not done yet. Amaze has just implemented a series of no-notice changes, which further devalue the cashback offering effective 1 July 2022. More annoyingly, they’re painting this devaluation as something customers requested for.

Instarem’s upgrade to its rewards program is a direct response to customer demand. Customers want a program that gives them freedom and variety when they redeem the rewards they earn.

To date, Instarem’s rewards program has allowed users to earn InstaPoints when they remit money overseas and earn cashback when they spend with Instarem’s travel card, amaze. From today, Friday, 1st July onwards, users will receive all their rewards as InstaPoints, which can be redeemed in multiple ways, including cashback.

To summarise, Amaze is replacing cashback with InstaPoints, which will only be earned on foreign currency transactions. InstaPoints can still be redeemed for cashback, but only in fixed redemption blocks with a minimum of 2,000 points ($20). Moreover, the maximum InstaPoints that can be earned on a single transaction will be capped.

The only silver lining is that there will be no cap on overall InstaPoints earning, but otherwise, it’s all bad news. 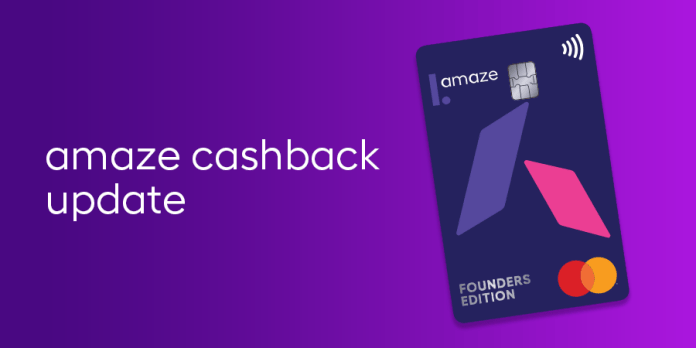 Here’s a summary of how the Amaze cashback programme has changed from 1 July 2022.

Cashback will be replaced by InstaPoints, which are earned at a rate of S$1= 1 InstaPoint.

Just like cashback, InstaPoints will be awarded on the 15th of the following month after each calendar quarter (e.g. points for July to September will be awarded by 15 October).

However, InstaPoints are not as flexible as cashback. You can redeem them for cashback, but only at a fixed rate starting from 2,000 InstaPoints= S$20. In other words, you will need to spend at least S$2,000 in FCY before you can redeem any cashback. This is a de facto increase of the previous minimum spend requirement of S$1,500 in FCY, though in fairness you can accumulate InstaPoints across quarters.

Previously, there was a cashback cap of S$100 per quarter, which meant you’d max out the cashback with a foreign currency spend of S$10,000 per quarter. Now, there’s no longer any cashback cap, but the per transaction limit is S$500 (since a maximum of 500 InstaPoints can be earned per transaction). If you’re able to break up your transaction into smaller chunks, that isn’t such a big deal- but heaven help you if you made a big ticket transaction this morning before reading the news!

Instarem has mentioned they’ll be adding other kinds of travel rewards in the future, though I wouldn’t hold my breath about seeing outsized value. We’ll be able to browse the InstaPoint redemption options in the Instarem app from 1 October 2022.

What’s the most annoying thing is that Instarem provided no notice of these changes. I would have expected two weeks at the minimum, and it strikes me as poor form to announce and implement the changes straight away.

Instarem has teased that a wallet top up feature will be coming to Amaze, which allows Visa cardholders and PayNow users to utilise the Amaze Card.

At Instarem we are entirely customer driven. We know there are many users who have been waiting to access amaze. Over the next few weeks, we will be making amaze available for everyone by introducing a wallet top up feature. This will give VISA card holders and PayNow users the chance to use and benefit from the amaze card

Frankly, this is a nothingburger to me. I can tell you right now that barring some major oversight, Amaze top-ups will not earn credit card rewards. In that case, there’s really no reason to pick Amaze over other options like Revolut or YouTrip, since you’re sacrificing credit card points in order to save on FCY fees.

Will I still use Amaze?

Every time Instarem pulls a devaluation, the recurring question is whether it’s still worth using the Amaze Card. And invariably, the answer is yes- but not because of the cashback.

So long as it’s possible to earn 4 mpd on the Amaze Card with no FCY transaction fees, there’s really no reason not to use it. The cashback is just the icing on the cake, though that icing is rapidly melting.

The Amaze + Citi Rewards is still my first choice pairing, but for other possible combinations, refer to the article below.

After the nerf: My new Instarem Amaze Card strategy 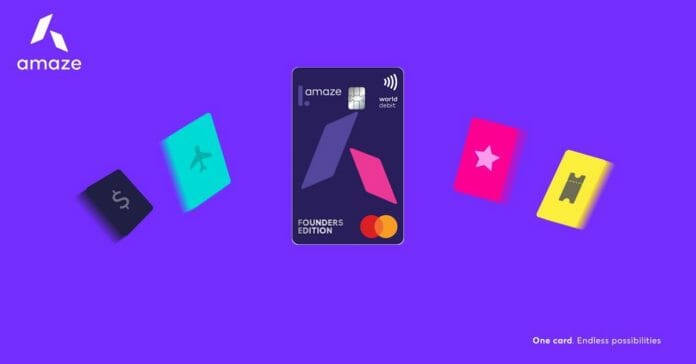 Instarem has further nerfed the cashback feature on the Amaze Card, a change that has come into effect immediately.

While you can still earn cashback on Amaze transactions, it will be limited to foreign currency spending only. You’ll also have to deal with minimum conversion blocks at the time of cash out, which effectively traps more of your cashback within the Instarem ecosystem.

But so long as the banks keep the 4 mpd gravy train coming, well…

Well the only good thing that came out of this is no minimum spend requirement.

Wow that is terrible. First I had thousands of Instapoints that I had to let expire because there were/are no redemption options except for Fx transfers, and now we are only going to get Instapoints also instead of cashback? Even now there is no option to redeem for cashback in the app – still shows only transfers. How is this supposed to be used?

> How is this supposed to be used?

It’s not supposed to be used. It’s supposed to make the cashback valueless. Amaze is almost dead. It was always going to be a flash in the pan.

The $500 cap per transaction is a real bummer tho.

the main use case for this card is meant for transaction in foreign currency without a fee, while still can 4mpd.

UOB excluded earning through AMAZE* TRANSIT. What does it mean? Does UOB transaction through amaze not earning miles?

I learnt from another article’s comments that this just means that u cant earn from transport transactions.

The moment citi excludes it will be the moment I stop using the card.

someone from Chope joined them ? otherwise what’s with this sudden devaluation. lol

i have had a ton of instapoints expiring on me, and need to wait till october before i can redeem something. le sigh.

I don’t see what’s the big deal. The main reason to use this card is to save on the exorbitant FX rates that banks charge. So I never use amaze for local currency transactions anyway.

People use it for local transactions because it can convert offline trxns into online ones- hence creating 4mpd opportunities with the right cards. That use case still exists of course, just that it’s lost the sweetener of cashback

Haha I see. I buy/pay for almost everything online nowadays, so I already max out my 2k pm on actual online transactions and don’t need amaze for that.

Hi Aaron, I charged $340 using Amaze linked to Citi rewards card at Raffles medical, but this time I got only 1X point and not 10X. I remember I always got 10X points via amaze, immediately after the transaction posts, but this time it is only 1X. Is this a new nerf by Amaze+citi?

time to say good bye to instarem and 1 less app on my phone.

Can I check if we can get 4mpd if we are topping up shopee pay using amaze card + Citi Reward card?