Spontaneous Escapes for December 2019 are out, with 30% off selected Singapore Airlines and SilkAir awards.

KrisFlyer Spontaneous Escapes for December 2019 have been announced, with 30% off selected Singapore Airlines and SilkAir flights.

All Spontaneous Escape awards must be booked and ticketed by 30 November 2019 and are for travel between 1-31 December 2019 (both dates inclusive, blackout dates apply). This gives you 15 days to book, on par with what we historically see.

30 destinations on offer for December 2019 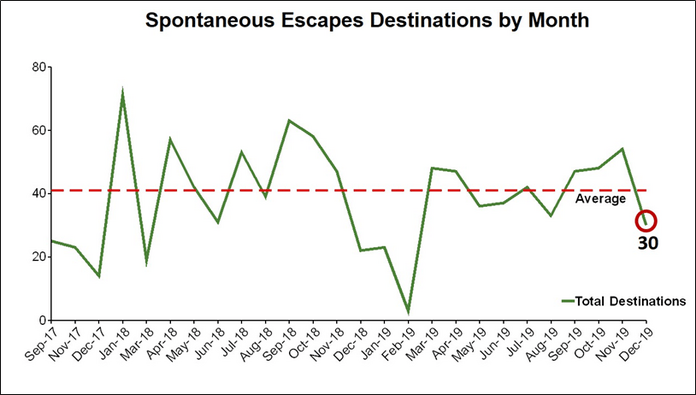 December 2019 features 30 destinations in total (I count Tokyo Haneda and Tokyo Narita as two separate destinations), which is much lower than average compared to previous months. It’s somewhat unsurprising, given that December is peak travel season for people in Singapore.

Here’s the summary of what’s available for SIA and SilkAir in December 2019: 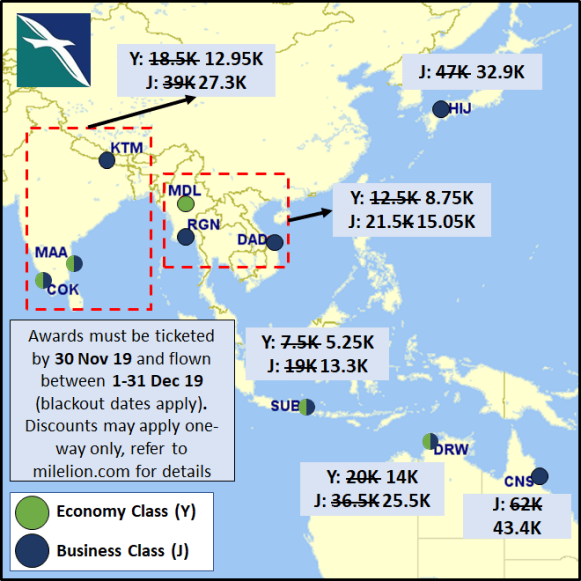 If you were hoping to score a December getaway to Bali, Bangkok, or Australia (except Perth), you’re going to be disappointed because these Singapore holiday hotspots are absent this month. That said, 30 destinations is slightly better than December 2018’s miserly 22 options.

Here’s my thoughts on this month’s destinations. 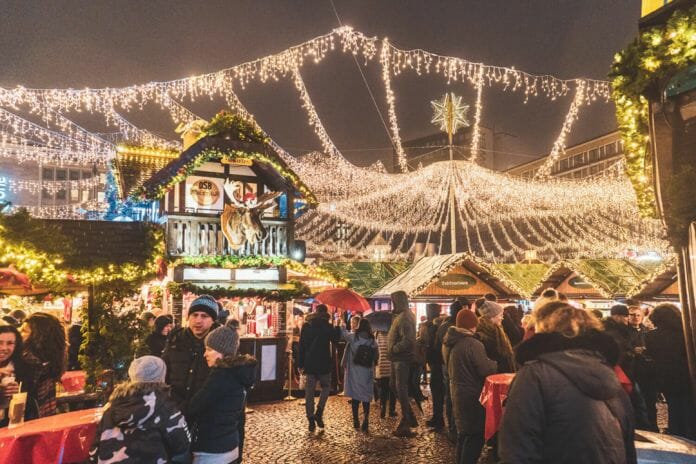 If you fancy checking out the Christmas markets in Europe you’ll be pleased to see that Dusseldorf is available in Business Class both to and from Singapore.

Even if Dusseldorf isn’t your intended European destination, it’s a good idea to book the long haul leg in Business Class comfort, before connecting to a budget/Economy Class flight to finish your journey. Dusseldorf is within 2 hours of most major European cities, and a good staging point for your trip.

The operative rule for Premium Economy redemptions doesn’t change with Spontaneous Escapes- it’s simply not a good use of your miles. I’d much rather save up a little more and get a full Business Class experience, than paying for what’s essentially Economy+.

You might be tempted by the non-stop flights to San Francisco and Los Angeles, but watch out for those early January blackout dates. Moreover, Singapore Airlines tends to offer heavily-discounted Premium Economy fares on these routes, which makes this a dubious redemption even at 30% off. SilkAir is offering both Business and Economy Class awards this month (most of the times it’s just Economy), but I wouldn’t really consider redeeming my miles for their current Business Class products.

Until Singapore Airlines subsumes SilkAir and refits their aircraft with full-flat Business Class seats, you’re going to encounter tired, uncomfortable recliners that are well past their prime.

December’s crop of Spontaneous Escapes is slim pickings, and I wouldn’t expect that to pick up for January either. That said, if you’ve found a destination you’re heading to anyway, then Spontaneous Escapes are a great way of stretching your miles, especially if you’re traveling with family.

Remember to ticket your awards before 30 November!