A small but functional lounge that for some reason, did not have kimchi.

Getting to Seoul Gimpo Airport was relatively easy. From the Millennium Seoul Hilton, I took the hotel shuttle bus to Seoul station and simply hopped onboard the airport railroad train. This is a stopping service and it took me close to an hour to reach Seoul Gimpo.

The departures area of Gimpo was rather small given that it mainly serves domestic flights rather than international flights. 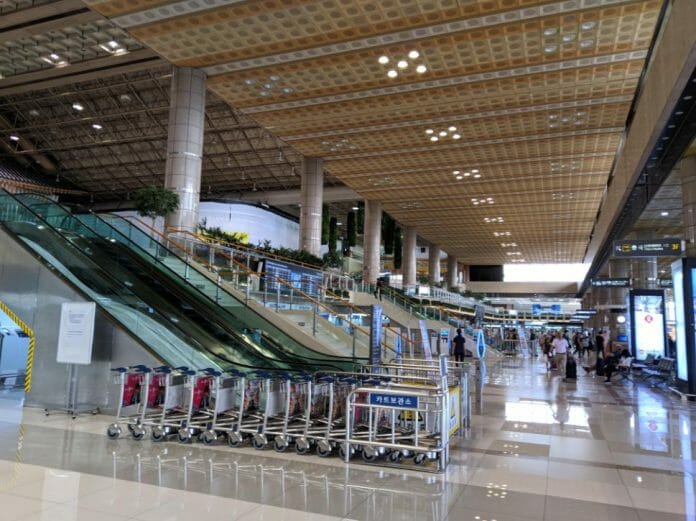 The check-in counters for ANA were located at the far right of the departures area and thankfully there wasn’t anyone in the queue. 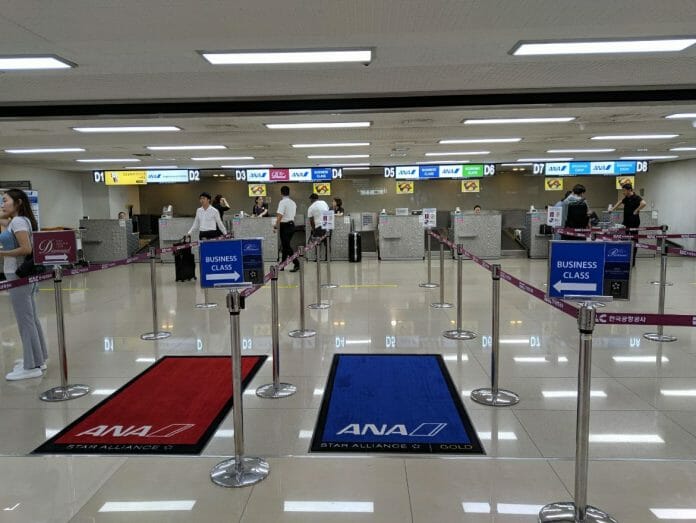 Sadly, I was not able to check all my bags as the total weight exceeded my entitlement of 40 kg (oops) and I had to lug my carry-on around with me. Even to the toilet. Up until now, I still have no idea how I managed to push 50kg worth of bags myself by public transport. My bags were tagged to Tokyo Haneda and I was off to the transit area. 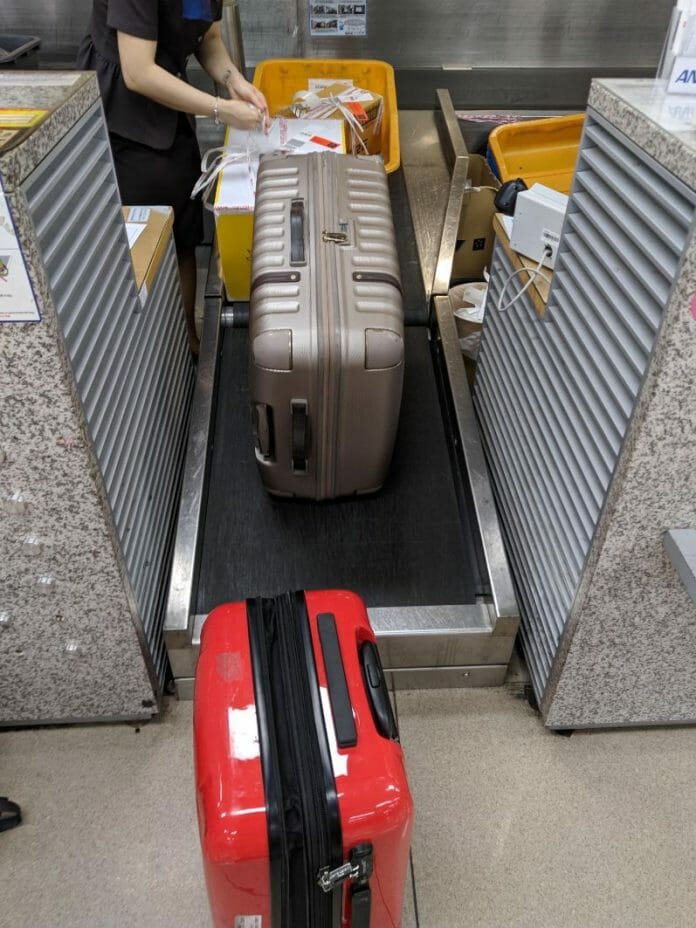 Immigration and security were a breeze but there was a minor hiccup as my power bank (30,000 mAh) was too “dangerous” and I had to wait 10 minutes while an ANA representative came to sign a form to release the power bank. 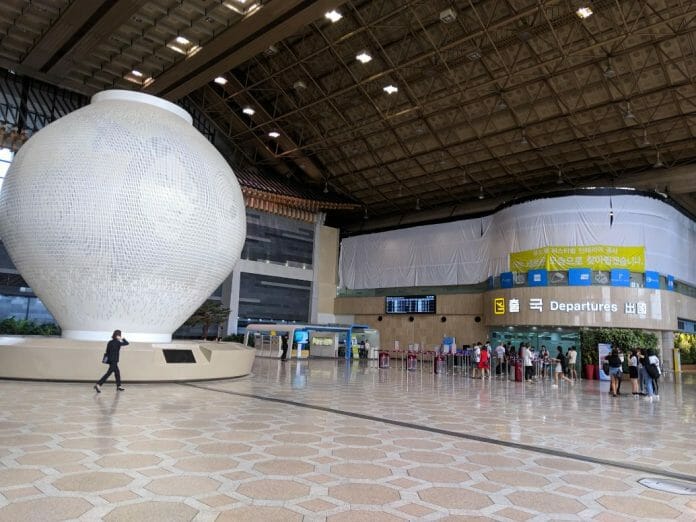 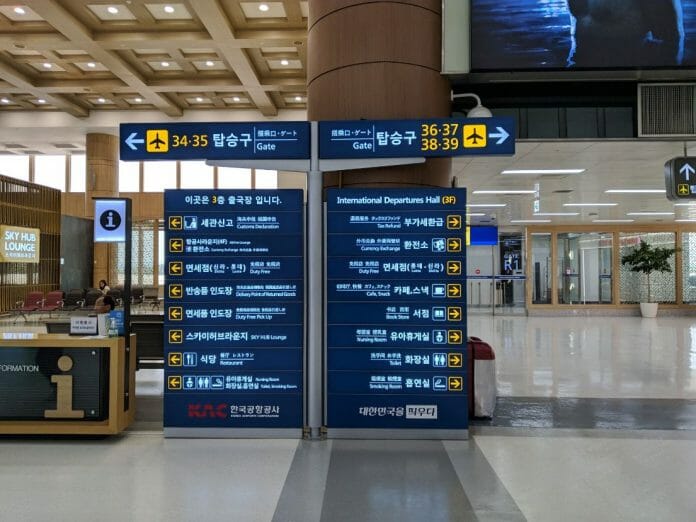 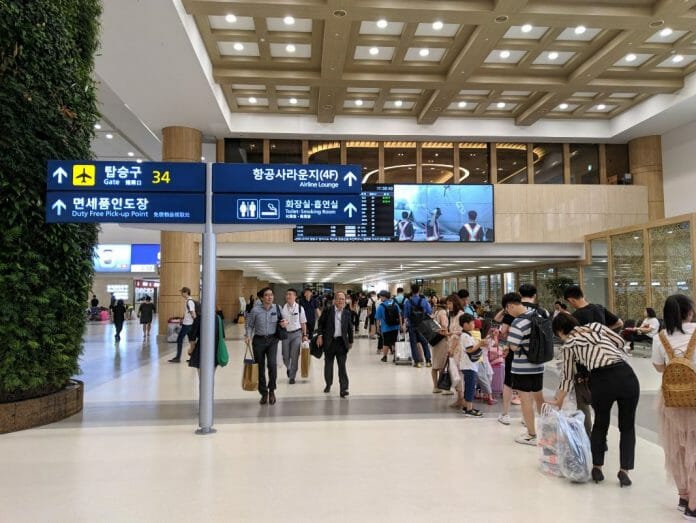 The Asiana Airlines lounge was a good 5 minute walk from the exit from security and you will pass by the only Priority Pass lounge in Gimpo on the way there – Sky Hub lounge. Sadly, I didn’t have a Priority Pass membership and couldn’t access it. Poor me. 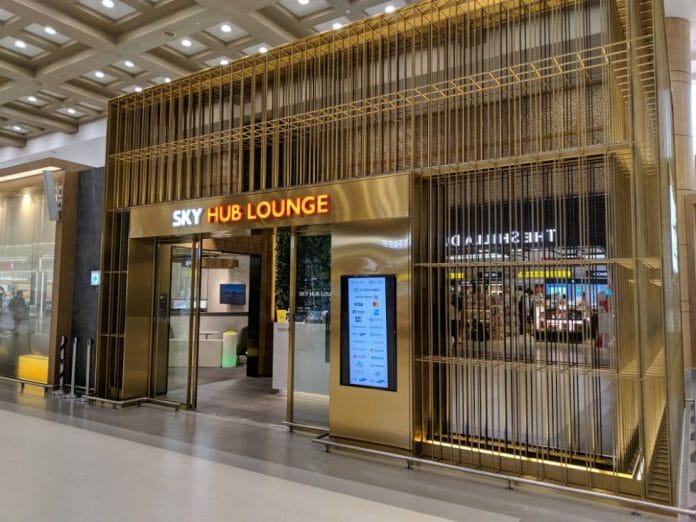 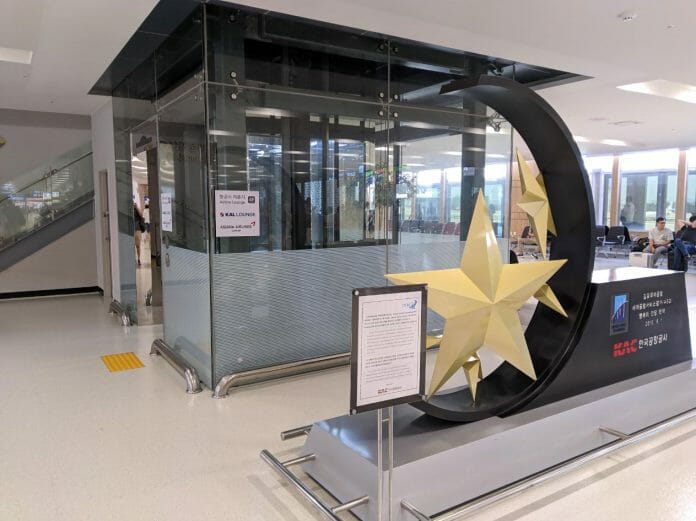 In fact, they are just beside each other. 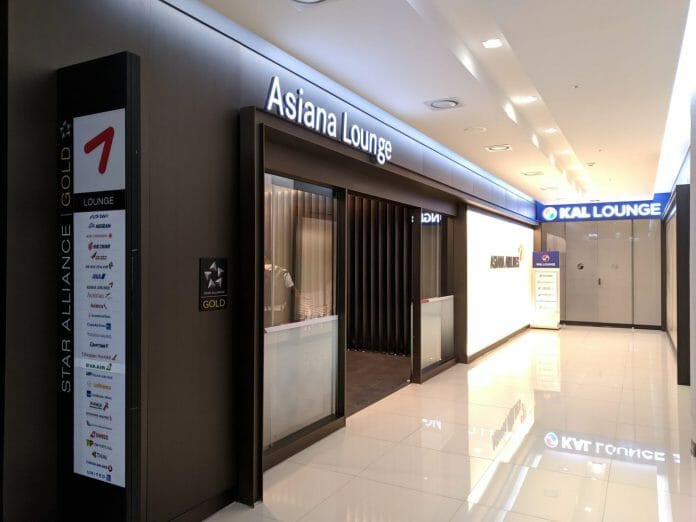 Presenting my ANA boarding pass, I was admitted into the lounge and was told that boarding calls will be made. The lounge wasn’t that big and was packed when I entered around 12.30 pm. 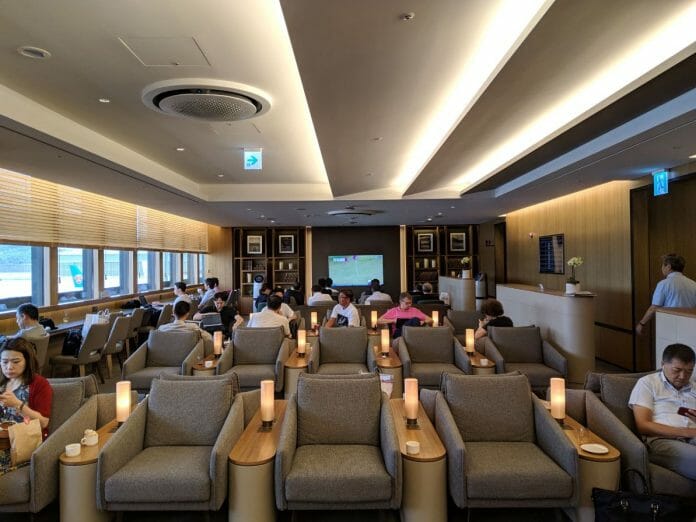 If you needed to charge your devices, universal power ports and USB outlets are available at the sofas and the tables facing the apron. 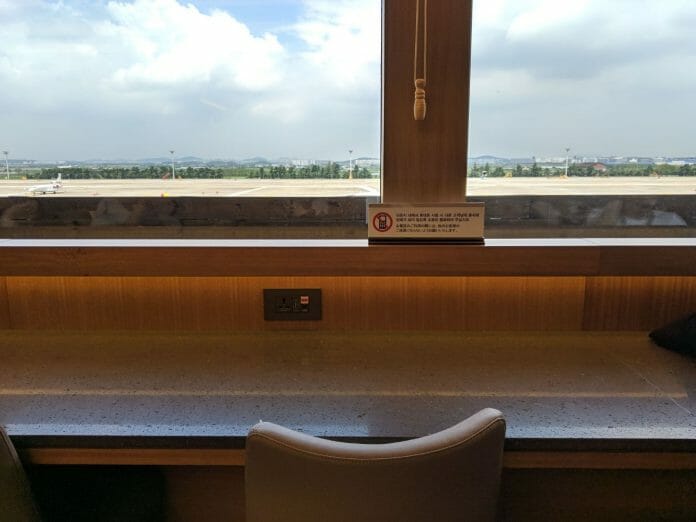 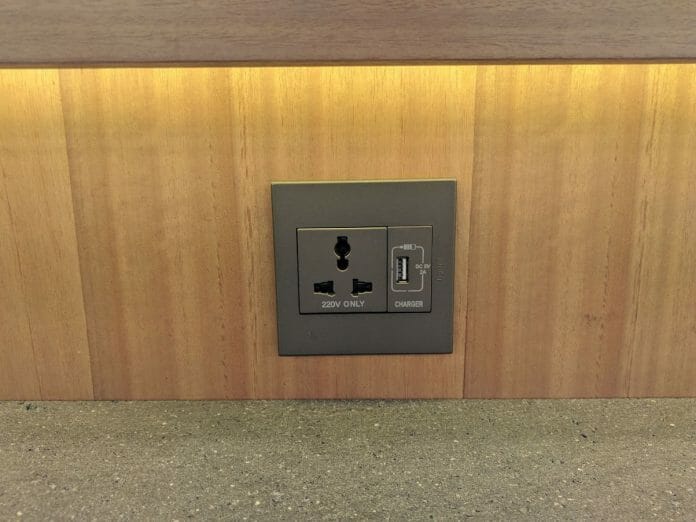 The buffet area was small and did not have any hot food. Instant ramyeon was available if you were into that. 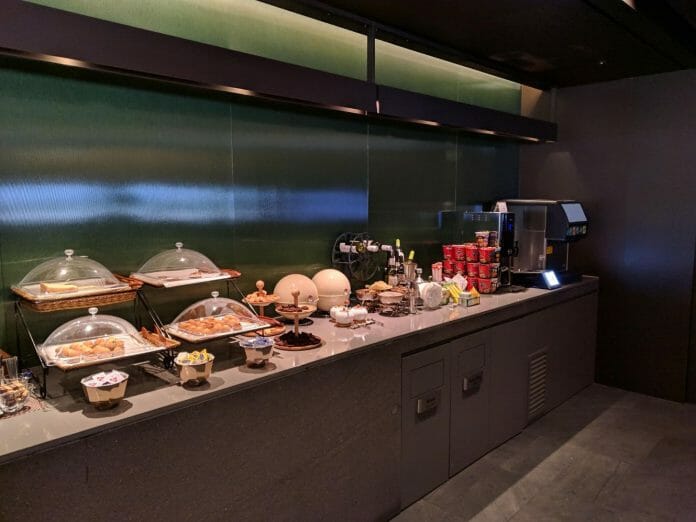 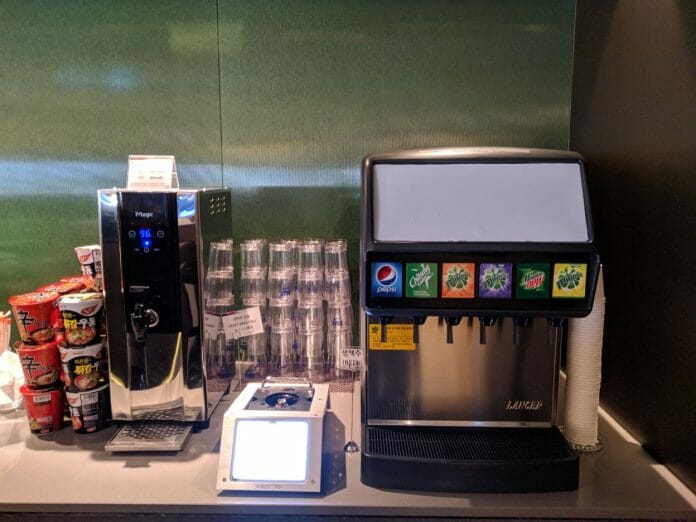 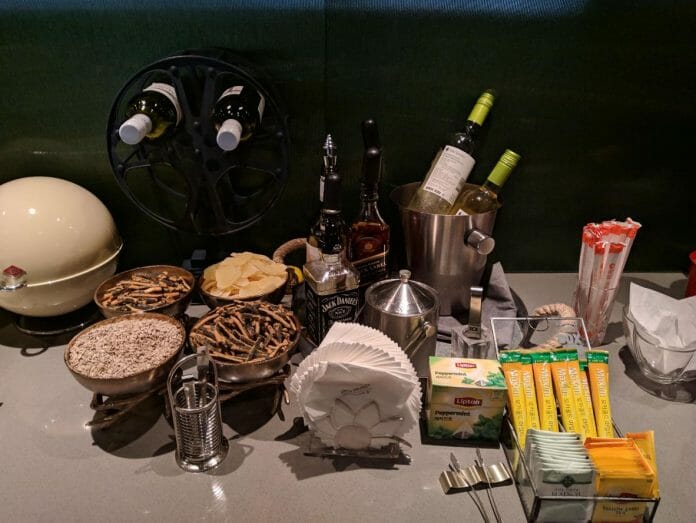 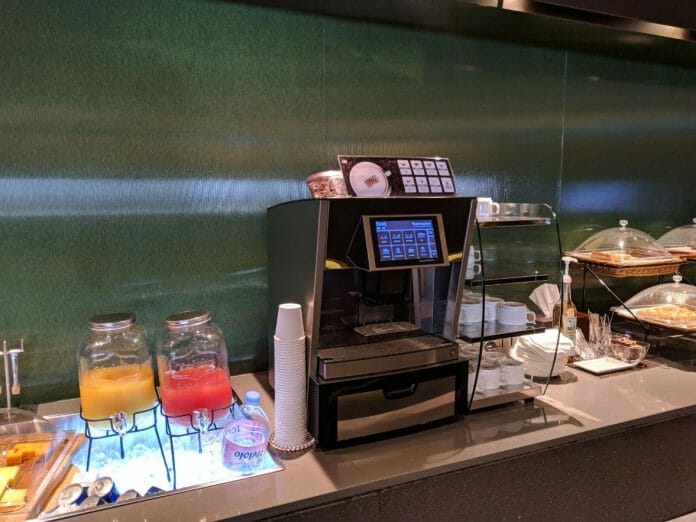 Thankfully I had a full breakfast and was looking forward to trying ANA’s catering on my flight so I did not really mind the lack of food. I assembled a small plate of sandwiches and had a coffee. If you wanted soft drinks or juice, paper cups were available. Yes, paper. There was a small restroom in the lounge which was fairly clean. I didn’t stay long in the lounge and instead headed out for some last-minute window shopping at the duty-free shops and to process my tax refunds. My flight that day was departing from Gate 38, one of the last gates in the terminal. It was my first time flying on ANA’s 787s albeit it being their regional product. 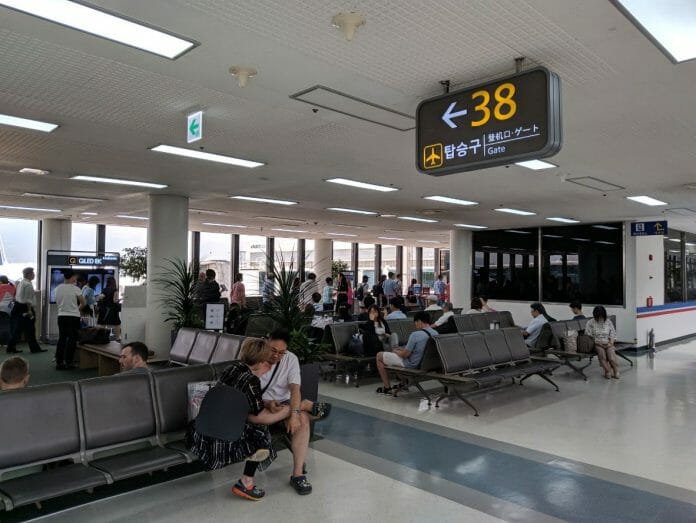 Stay tuned to the next installment as I review their regional seats and hamburg steak. Oh, and definitely not forgetting the bidet.

Matthew Chong
Addicted to luxury travel while trying not to go broke, Matthew is always on the prowl for the best deals in the travel industry. When he's not busy studying, he can be found trawling the internet and reading up on credit cards, airlines and hotels. He also wouldn't mind taking you out on a date.
Previous articleMilelion Weekly Deal Summary [8-15 Nov 19]
Next articleKrisFlyer Spontaneous Escapes for December 2019 announced