KrisPay's latest promotion offers a 1.1 cents per mile valuation- better than ever before, but still not ideal.

I’m a bit late to this, but from 17 July till 16 August 2020, KrisPay is offering 40% miles back on all transactions. Unless I’m mistaken, this is the most generous promotion we’ve seen from the mobile wallet so far. 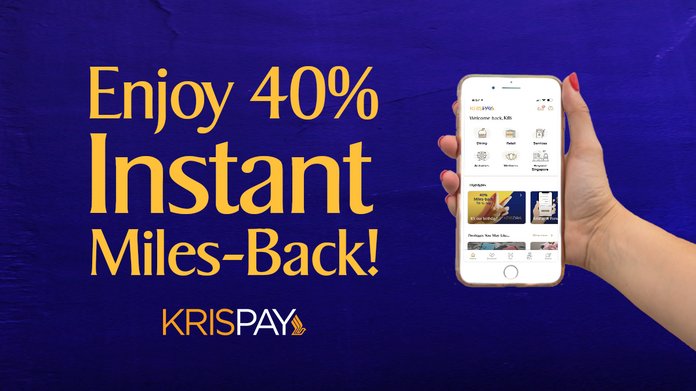 For example, if you spend 100 KrisPay miles, you’ll receive 40 miles back into your account instantly for a net outlay of 60 miles. 1 KrisPay mile usually gets 0.66 cents of value, so this boosts your value per mile by ~67% (1.11 cents per mile).

There is no cap on the number of KrisPay milesback you can receive, but KrisPay miles earned under this promotion cannot be transferred into your KrisFlyer account. You’ll need to spend them through the KrisPay wallet.

Each transaction must be worth a minimum of 15 KrisPay miles, or S$0.10. You can find the full T&C of this promotion here.

Is this promotion worth it? 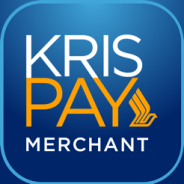 My feelings on KrisPay are well documented, but given all that’s going on and the larger-than-usual bonus of 40%, it’s understandable that some people will be tempted.

My personal belief is that leisure travel to selected destinations will resume by mid-2021, and given that KrisFlyer is continually extending miles, expiry shouldn’t be a concern. I get that some are worried about a potential KrisFlyer devaluation, but for reasons mentioned in this webinar, I just can’t see it happening anytime soon.

If you cash out your KrisPay miles during this promotion you’re accepting a 1.11 cents per mile valuation. That’s pretty mediocre, given what you could normally attain, and unless you have an extremely large balance (or an extremely small one), isn’t really worth considering.

That said, the current promotion would make KrisPay the best non-flight option for cashing out KrisFlyer miles.

I suppose it boils down to your personal valuation of a mile. If you’re willing to accept just over 1 cent per mile, this might make sense for you. Of course, if your valuation is in that neighbourhood, you might be better off earning cashback instead.

Although KrisPay may represent extremely poor value for burning miles, at least it’s growing the number of places you can earn them.

In March 2019, KrisPay added an earn feature which allows users to accrue miles at selected merchants. This is on top of the miles you earn from your regular mode of payment- you pay however you wish, and scan your KrisPay QR code at the cashier to earn miles afterwards. Unlike miles transferred into KrisPay, miles earned on KrisPay can be transferred back into your KrisFlyer account.

Since it costs you nothing to collect these miles, you might as well do so. The vast majority of KrisPay merchants offer 1 mpd which isn’t life-changing, but hey, it’s free.

A 40% milesback promotion is the largest we’ve seen so far. If you have a pessimistic view on the lifting of travel restrictions, this is a chance to cash out.

I personally see KrisPay as a strictly “earn-only” platform, and won’t consider using my miles at this valuation (I did accept a 1.5 cents per mile valuation through the recent AMEX statement credit promotion, however).

Hi Aaron, if we are able to spend the bonus Krispay miles that are awarded to the account wouldn’t it increase the actual percentage rebate amount since the rebate is in miles and we can spend the rebate miles to get more rebate miles again?

in that case, i worked out you’d get roughly 660 “free” miles via the 40% rebate (keeping in mind you need to spend a min of 15 miles each time). that works out to about 1.95 cents per mile. does that match your understanding?

AMEX Platinum Credit Card
Get up to 43,250 MR points and a Fullerton staycation with $5K spend in the first 3 months
Offer Expires: Sep 30, 2021
See All Offers
Offers may only apply to new-to-bank customers. Read T&Cs for full details.
Advertisment