Grab adds its first hotel partner, with 1,900 GrabRewards points convertible to 160 ALL points.

It’s hard to imagine why they’d announce this so close to the #grabpocalypse, but Grab has launched a new partnership with Accor that allows the conversion of GrabRewards points into Accor Live Limitless (ALL) points (and vice versa, though I’m less clear how conversions in the other direction work).

This option is now available in the GrabRewards catalogue, and the conversion rate is 1,900 GrabRewards points= 160 ALL points (all tiers of GrabRewards will have the same rate). 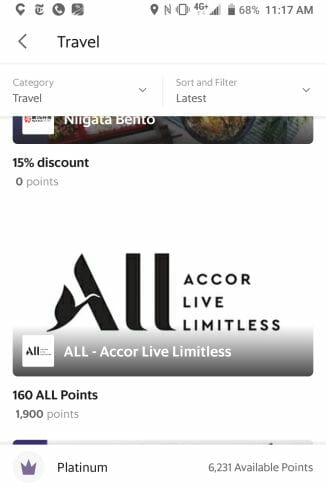 What are ALL points worth?

Back in February 2019, Accor announced plans to overhaul its awful Le Club loyalty program. The revised scheme, called ALL, promised things like suite upgrades, the ability to earn elite status through non-hotel activity, and an actual award chart (it’s a sign of the times that this can now considered a benefit).

ALL has launched but the award chart hasn’t materialised yet. As of now, ALL members still redeem points for hotel stay credit at a rate of 2,000 ALL points= 40 Euros (~S$60)

It’s currently a marginal proposition to convert GrabRewards points to ALL, but from 2 March 2020 it may make sense. That’s not because the ALL conversion rate gets better, mind; it’s because GrabRewards gets worse.

Other ways of earning ALL points in Singapore 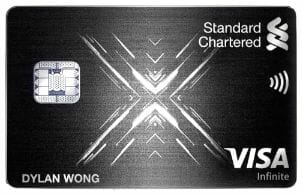 The only bank on the market which currently supports transfers to ALL is SCB. SCB X Card holders can transfer 360° Rewards Points into ALL at a rate of 5:1.

More ways of earning hotel points are always welcome in Singapore, but part of me thinks this announcement is going to get buried under the looming specter of the upcoming GrabRewards devaluation.

I’m not won over by what I’ve seen of the new ALL so far, quite frankly. If you really want to get into hotel loyalty, I’d sooner recommend another program like Hilton Honors, World of Hyatt or Marriott Bonvoy.

Well. It’s definately welcoming for me as I spent more than 60 nights annually with Accor properties until the announcement of nerfing the Grab points earning rate. Lol

Could be a game changer if they do but I’ll pass if they don’t.

I’m in a dilemma.. any suggestions on which way I shld go, or a combination of..? Value-wise..?