OCBC has announced some major changes to the VOYAGE card, which take effect from 1 June 2020.

All in all, cardholders will see (mostly) lower earn rates, a new “S$5 block” policy for awarding points, new exclusion categories, and an increase in the limo spending requirement.

There’s a lot to break down, so let’s dive in.

OCBC is tweaking the earn rates and removing the dining bonus

From 1 June 2020, OCBC VOYAGE cardholders will earn miles at the following rates:

The earn rate on local spending will increase from 1.2 to 1.3 mpd, while the overseas earn rate will decrease from 2.3 to 2.2 mpd.

There will no longer be any bonus on dining; which means the earn rate on dining will decrease from 1.6 to 1.3 mpd.

On the surface, there’s no change for holders of the OCBC Premier, OCBC Premier Private Client, or Bank of Singapore VOYAGE cards. They will continue to earn 1.6 mpd on all local spend, and 2.3 mpd on overseas spend.

However, there’s an important difference which arises from the change in earning blocks…

Points are now earned in blocks of S$5

Currently, OCBC calculates the miles per transaction on the VOYAGE card as follows:

From 1 June 2020, OCBC joins UOB in adopting a decidedly customer-unfriendly “S$5 block” policy. Here’s how points will now be calculated:

The S$5 block policy means that although the OCBC VOYAGE’s local spending rate has increased on paper, in practice you’ll be worse off in some situations. Consider the following scenarios:

Needless to say, I’m not a fan of S$5 blocks, because it seems counter-intuitive that a customer who spends S$14.99 should be rewarded the same as one who spends S$10. I get that the effect is smaller as your transaction size increases, but it still skews things unfairly in favor of the bank.

I couldn’t care less about tolls or cigars, but the last two are worth discussing.

OCBC tells me that you will continue to earn points at private hospitals under MCC 8062, such as Gleneagles, Farrer Park Hospital etc. I’ve requested for the full list of private hospitals where points will still be earned, and will update this article when I receive it.

Regarding MCC 4111/4121/4131, a strict reading of this means that other ridesharing services (like Ryde, TADA) or taxi companies (Prime, SMRT) would be excluded. I’m also seeking further clarification, because it seems a bit arbitrary to only include one particular taxi company to the exclusion of all others.

The exclusion of 4111 would also preclude SimplyGo transactions from earning points.

For what it’s worth, GrabPay top-ups process under MCC 7399 for Visa cards, and will continue to earn points. 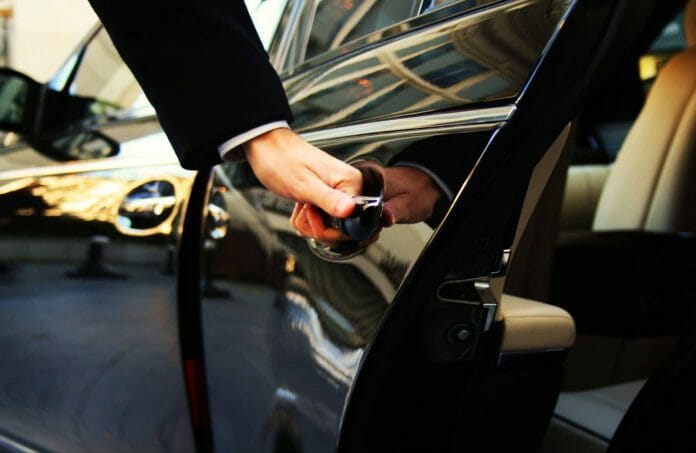 Currently, VOYAGE cardholders need to spend S$3,000 per month in local or foreign currency (or some combination of the two) to earn a free limo ride.

From 1 June 2020, this will be increased to S$5,000 per month. The cap remains the same, at two transfers per month. For what it’s worth, OCBC is currently allowing VOYAGE cardholders to accumulate limo rides throughout 2020. Any rides earned in 2020 expire on 31 December 2020 or at the end of three months after they’re earned, whichever is later.

Here’s how OCBC’s revised limo spending requirement will compare to other credit cards in Singapore:

As you can see,  the change makes the VOYAGE’s limo benefit significantly less competitive than other cards in the market.

Although OCBC VOYAGE cardholders will soon earn more miles on local spending, the overall impact of these changes are bad, no two ways about it. The reduction in overseas earn rates, the loss of the dining bonus category, and the adoption of a S$5 earning block are all pain points, not to mention the 67% increase in the limo spending requirement.

Of course, there are better cards to use for dining and overseas spending anyway, but still…

Looks like an updated edition of the S$120K card showdown is brewing.

This really sucks. Banks should note customers look at the full suite of point-earning rates and benefits when deciding to retain a premium card like Voyage. Make the smallest negative tweaks and even loyal customers will start adjusting their spending patterns on the card, making it worse for the card’s long run viability. Even the most loyal of customers will have to take a hard look when the above changes are implemented. Looks like its goodbye for me. This does suck since this was the first mass affluent card for me, and the metal card does make a nice clink… Read more »

I totally agree. It will likely be good bye for me too. What’s an alternative card within the same category?

Mayank from the dormitory

Has anyone ever had the annual fee waived on this card without putting 200,000 at ocbc?