Standard Chartered has decided to waive the X Card's S$695.50 annual fee for a second year running. But where are those product enhancements?

Say what you will about the Standard Chartered X Card, but they really know how to keep people in suspense.

With the vast majority of cardholders’ membership years ending in July, Standard Chartered granted an 11th hour annual fee waiver for the X Card in 2020, sending out the notifications on 20th July.

That anniversary passed a week ago, so the general sentiment was that we wouldn’t see a similar gesture this year. And with a value proposition that’s arguably even weaker than ever before (no more 50% off dining at Fullerton, no use for lounge passes), the X Card was well and truly on the chopping block.

But once again, Standard Chartered has decided on a last minute waiver of the X Card’s annual fee for the 2021-2022 membership year, meaning we’ll kick this can down the road another 12 months. 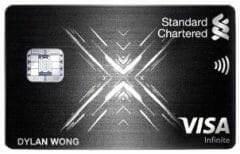 Standard Chartered X Card members should have received the following SMS this morning:

It’s funny that last year’s waiver was likewise positioned as “exceptional”, no doubt carefully phrased to avoid setting a precedent for subsequent years. Then again, I suppose 2021 can also count as an “exceptional” year…

With this, the Standard Chartered X Card gains the dubious distinction of being the only metal card on the market that regularly waives (if two years can be considered a trend) its annual fee, sans spending requirement.

Should you cancel nonetheless?

I gather that just like last year, there was a sizeable number of cardholders who decided to pre-emptively cancel their X Card ahead of schedule. For the record, I was against the idea in 2020 for the following reasons:

I suppose you could (cancel), but in doing so you run the risk of missing out on whatever Standard Chartered has in store for X Card members in the second year. This is now the bank’s flagship offering, after the demarketing of the SCB Visa Infinite, so they surely have to up the value proposition for the second year, right?

Shows what I know. Given how no additional X Card benefits actually materialized over the past 12 months, I can’t say I blame people for deciding to pull the plug. Heck, I’m not overly confident we’ll see anything big in the upcoming year either.

Cancelling does mean you’ll need to pick a program to cash out your points to, and fortunately Standard Chartered is not shorthanded in that regard- cardholders can choose from eight airline partners and two hotel programs. 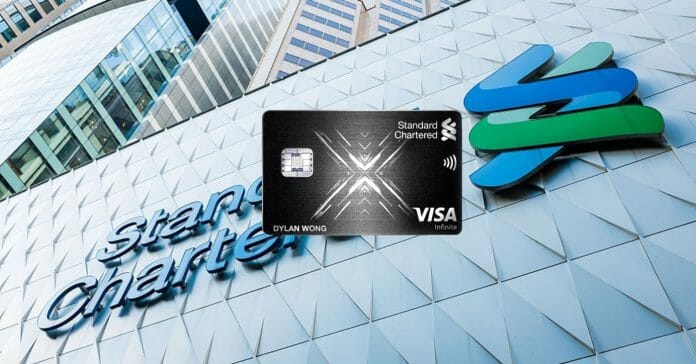 Standard Chartered’s latest stay of execution for the X Card once again shifts the problem out another 12 months, but unless the value proposition dramatically improves, we’re going to be back here again same time next year.

The fact of the matter remains that the X Card is underwhelming in every aspect. Its lounge benefits and earn rates are similar to those of fee-free cards, there’s no limo perks, no dining perks, no hotel perks, no private club perks. In its current form, paying S$695.50 for the privilege of membership is about S$700 too expensive.

The situation is further complicated by the revival of the Standard Chartered Visa Infinite Card, which the X Card was supposed to replace at one point. It seems like the bank can’t decide which product it wants to be its flagship, and I’d much rather they have one good product than two mediocre ones.

SCB X Card members- any hopes for the third year?

Aaron Wong
Aaron founded The Milelion to help people travel better for less and impress chiobu. He was 50% successful.
Previous articleSingapore plans to lift SHN for vaccinated travellers from September
Next articleA guide to Singapore Work From Hotel Packages

Cancelled mine. No point keeping it even with a fee waiver.

The year is 2035. The X Card still has not been enhanced. No one in the right mind has signed up for an X Card since 2019. The sole remaining cardholders receive an SMS telling them of yet another eXceptional fee waiver.

BUT THE FAITHFUL REMAIN

One day the X Card will have some card benefits!

And then after your 20th birthday it loses its appeal.

Wtf this is only for those who applied early like you guys. I have an X card that is not eligible for any waiver, even checked with SC. All because I applied for it last year.