After months of saying "no waiver", Standard Chartered offers an "exceptional" waiver of the X Card's 2nd year annual fee.

With the clock steadily ticking down towards R-day (renewal day), it looked like game over for the Standard Chartered X Card, the newest metal card on the block. 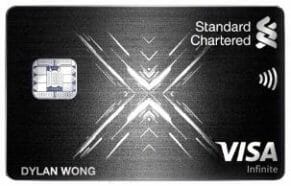 Yes, there were a handful of points transfer bonuses (which, come to think of it, served more as an opportunity to cash out points before cancelling than a retention tool) and an “anniversary spending promotion”, but with no news about renewal miles or enhanced features, there were few willing to pay another S$695.50 for a second year’s tryst.

But now Standard Chartered has pulled a rabbit out of the hat with that most elegant of solutions- an annual fee waiver.

As a 1st year anniversary appreciation of your support for StanChart X Card, we will be giving you an exceptional waiver of the annual fee. Have a great day!”

An exceptional waiver indeed- no doubt phrased carefully to avoid setting a precedent for subsequent years.

Now, this is the first instance I can think of a metal card offering an annual fee waiver (without any spending requirement; I know the OCBC VOYAGE will do it upon meeting a certain minimum spend), but truth be told, they probably had no choice.

In the run up to July, a lot of cardmembers were ignoring my awesome meme and proceeding to cancel their X Card ahead of schedule. 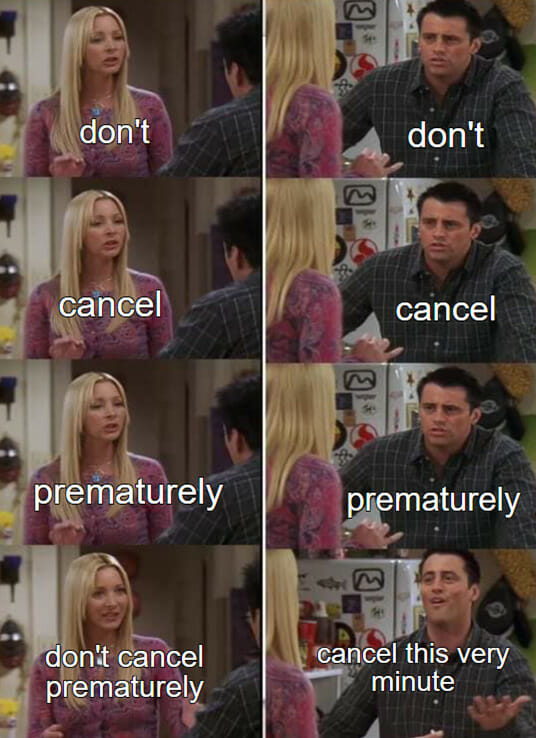 Now, we’ll never know for sure if this premature exodus is what compelled Standard Chartered to offer the waiver, or whether that was the plan all along, but I’m leaning towards the former. After all, as recently as last week CSOs were still telling customers there’d be no waiver, so pay up or have a nice day.

If you cancelled prematurely, I suppose you might feel a little annoyed at this turn of events. But on the bright side, you’ll be able to reset your new-to-bank status in 12 months’ time (see below).

What are the implications for existing Standard Chartered X Card members?

Points get extended for another year

SCB rewards points earned on the X Card technically don’t expire, but since many weren’t intending to renew, the de facto lifespan was one year.

The annual fee waiver means that those of you who still have points can wait for the next transfer promo to come along, or steadily earn up to the next transfer block that allows you to cash out your points with minimal fees.

Standard Chartered does have one of the widest variety of transfer partners in Singapore, which provides some much-needed diversification in a time like this.

Less than a week ago, Standard Chartered launched an “anniversary spending promotion” which awarded cardmembers up to 50,000 miles when they spent S$20,000 over the rest of 2020.

Realistically speaking, however, the most you could do was closer to 34,000 miles (because the 50,000 miles figure assumes that all spending is overseas, and travel for 2020 looks less likely by the day).

Now, I’ve done the analysis and concluded that the promotion is nothing to get excited about. It’s basically an opportunity to earn an incremental 2,000 miles each month when you spend at least S$4,000.

However, there is a potential use case if you squint hard enough. That’s because qualifying spending as defined in the T&Cs does not exclude:

These won’t earn you any base points (with the exception of charitable donations), but since it earns you nothing with most other credit cards too, that could be potentially interesting for some (it’s a reach, I know).

Do note that Standard Chartered can always fall back on the good ol’ blanket exclusion term of “any other charge, fees or payments as the Bank may stipulate from time to time”, so it’s hardly a riskless exercise.

As you may or may not be aware, the Fullerton Hotel and Fullerton Bay Hotel are currently offering up to 50% off for dining paid with a Standard Chartered Visa Infinite card.

The extension then gives you more time to use the benefit (it’s available until 31 December 2020), perhaps during a staycation?

Should you cancel nonetheless?

I’ve heard the argument made that cardmembers should still cancel, so they can return in one year as a new-to-bank customer and be eligible for sign up bonuses and gifts. For instance, new-to-bank Standard Chartered customers can currently get a pair of Jabra Elite Active 75t earbuds when they sign up through SingSaver.

I suppose you could, but in doing so you run the risk of missing out on whatever Standard Chartered has in store for X Card members in the second year. This is now the bank’s flagship offering, after the demarketing of the SCB Visa Infinite, so they surely have to up the value proposition for the second year, right?

Moreover, it’s always possible that Standard Chartered anticipates this behavior, and sets a higher threshold for “new-to-bank” where the X Card is concerned. We’ve seen this happen with AMEX KrisFlyer credit cards, where the 5,000 miles first-spend bonus is only given once per lifetime.

So it’s your call, but I personally won’t be cancelling. The annual fee was really my biggest gripe, and I anyways try to have one card from every bank, if only to take advantage of various dining promotions and other offers.

As far as dramatic last minute turnarounds go, this is right up there with Michael Thomas at Anfield (yes, I’m old). So fair play to the Standard Chartered team, because this basically confirms my membership for a further year.

I can’t help but feel it just kicks the can down the road however, because unless we see some substantial improvements over the next 12 months, we’ll just be here again same time next year…

Yah but at least for now, those points stay as points for another year, instead of having to convert to miles during this non-travel environment

Aaron. Given that the 2nd year fees are now waived and assuming local spend of 4k per month, does it mean that the x-card now has the highest earn rate for local spend (1.7 mpd)? But since the bonus miles per period is capped at 2000 miles, the optimal local spend per period is 4k, no more no less. Is this correct? Given that foreign transaction fees are higher..is it worth using the x card for foreign currency spend compared to UOB privimiles (2.5 mpd SCB vs 2.4 mpd UOB) ?

This unceremonious about-turn on “no waiver”, plus the lateness of this announcement so close to renewal date, has made SCB look incompetent – quite like BOC.

nope. use it or lose it.

I would still say cancel it and reset the 12m clock. The is an environment of falling interest rates and rising bad debts, which means banks’ profitability is pressured. A promotion is a business cost, don’t expect StanChart to launch promotions especially as competing banks will also rein in promotions. Just think about the range of promotions 1-2 years ago vs. current. Why would StanChart push any promotions when there is hardly any these days?

I concur. The bank barely did anything to make their VI card customers happy back then, so I wouldn’t count on them coming up with any mind-blowing promotions in the coming year.

The sad part is like a few others in the community, I literally just transferred out the points yesterday. The one time I decided to not procrastinate, this happen. Haha.

I didn’t get the sms.
Is this waiver for all or only selected?
I got the card last with the the 100,000 bonus.

should be everyone. maybe you got your card a bit later?

Wondering if anyone encountered issues using the pay wave function on the X card?

If I was to get an Infinite X card now, would my 2nd year renewal (September 2021) be waved?