Not too long ago, earning 10X points or 4 mpd was the exception, not the norm. Banks would dangle this as a carrot to encourage consumers to spend on discretionary things like dining out, shopping and travel. Although there were hush hush opportunities to earn 4 mpd everywhere through certain pyrexic women, said methods were eventually killed off.

For a while, the best “legitimate” way to earn 10X everywhere was the UOB Preferred Platinum Visa, introduced in 2013. It offered 4 mpd on Paywave transactions, capped at $12,000 per year (later changed to $1,000 a month [it’s actually slightly more than $1,000 a month because of the way UOB calculates the bonus, but let’s not get too technical here]).

But there were two problems. First, Paywave was still a relatively nascent technology in Singapore at the time (it launched in late 2011, if Google serves correctly), so you could only use it at limited places. Second, Paywave transactions were capped at $100- any more than that, and you’d need to do a regular chip and sign, earning an anemic 0.4 mpd rate. Sure, you could ask the cashier to break up the transaction, but that was at his/her discretion and believe it or not that thought wouldn’t occur to some people.

In 2016 two crucial things happened: First, UOB announced its intention to remove the $100 transaction limit from all Paywave terminals. This removed a barrier to adoption of Paywave terminals at high value merchants like jewelers and luxury electronics.

Second, OCBC relaunched its Titanium Rewards card, repositioning it as a card offering 10X on shopping, electronics, personal care and more intriguingly, mobile payments. Why intriguing? Because mobile payments, like Paywave, wasn’t a category of spending per se- it was a medium. And this medium cut across categories of spending that would typically be considered non-discretionary by banks and not attract any bonuses. Doctor’s bill? Grocery shopping? Car repairs? Stationery? Pet food? So long as there was a contactless terminal, you could tap your phone and earn 10X.

And there’s no sign that the spigot’s going to be turned off any time soon. The OCBC Titanium Rewards card’s 10X promotion for mobile payments was initially set to end on 31 Dec 2016, but then got extended for another year to 31 Dec 2017, and then another to 31 Dec 2018. It’s still too early to speculate whether there’ll be another extension, but even if there isn’t you can’t help but think that the past 2 years have been nothing short of spectacular (and if you don’t have one yet, you’ve still got just over half a year to make hay- apply here)

I haven’t even mentioned the recent insane Citibank-Apple Pay 20X promotion (8 mpd), which has eclipsed everything else. I’m a Blackberry-till-I-die (or, more likely, it dies) person, but I’m carrying around a spare iPhone to use like a contactless card because 8 mpd with no cap is just too good to be true. Years from now, rapt children will gather around the fireplace to hear grandma talk about the days of uncapped 8 mpd. “Is that how miles finally and decisively defeated the evil armies of cashback nana?” “Hush and eat your soylent green.” 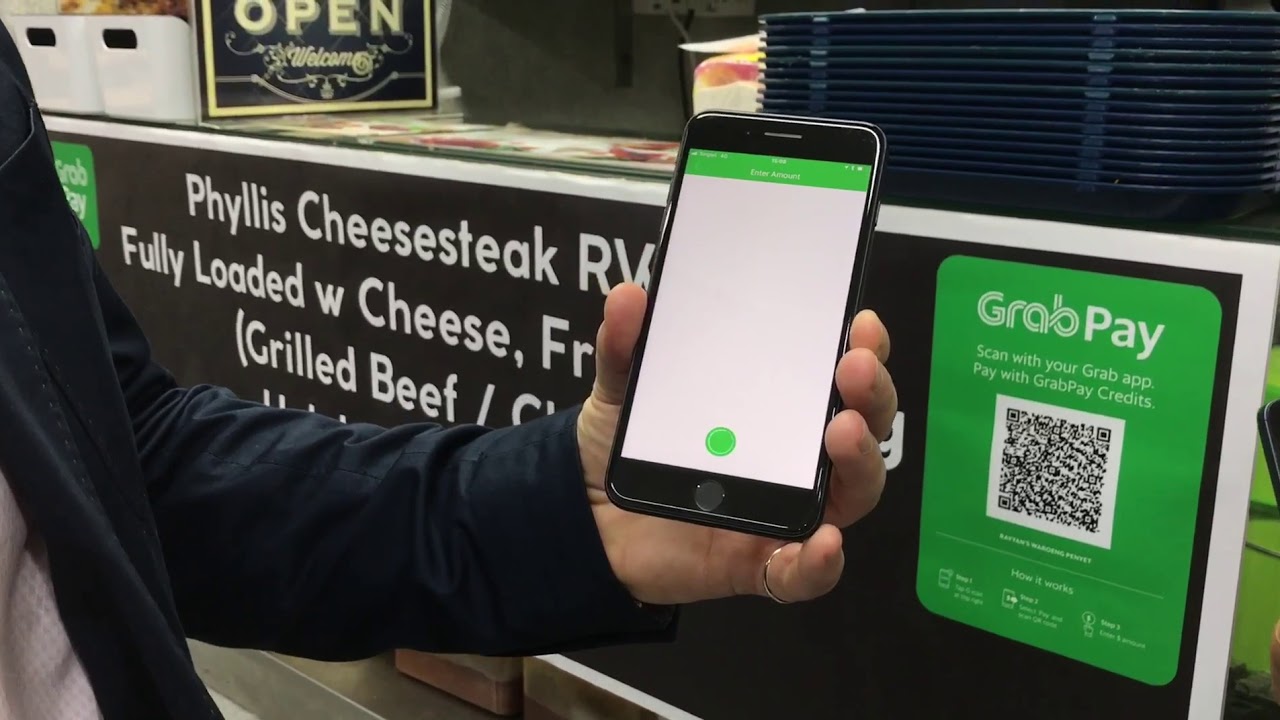 But it’s not just Apple, Samsung and Google Pay which have opened possibilities for 10X everywhere. In recent times, GrabPay, FavePay and LiquidPay have all been working hard to sign up more merchants, bringing 10X to hawker centres, mom and pop convenience stores, push-cart merchants- places you wouldn’t even expect to accept cards in the first place. 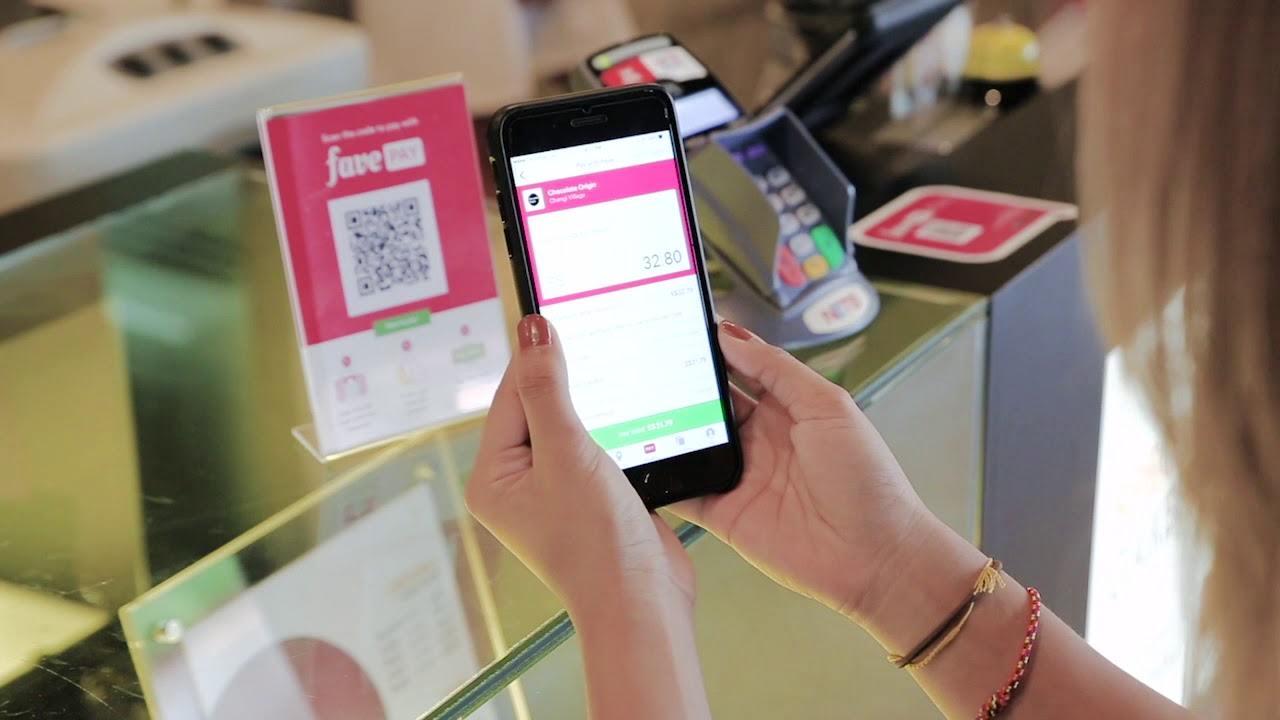 GrabPay, FavePay and LiquidPay can all earn 10X points when topped up with the right cards. Here’s what I know so far:

Other combinations may be possible (there are irregular reports as to whether GrabPay gets 10X with Citibank Rewards) but I’ve yet to try them.

What this means, in so many words, is there’s really no reason why you should be settling for a general spending card right now. Fine, that’s a bit of an exaggeration, but you get my point. The sheer ubiquity of contactless terminals and/or QR-code mobile wallet options has made 4 mpd everywhere a reality.

Mobile payments are still in Wild West mode, and there’s no doubt in my mind that we’re going to see consolidation, acquisitions, exits in the months to follow. I’m pretty sure that at least part of the reason why banks are so willing to award bonus points on these transactions has to do with the VC money that’s being thrown around- for example, I can’t imagine that Citibank is single-handedly footing the bill for the Apple Pay promotion.

Product managers now have growth as their goal, not profitability. And as long as that’s the case, there are many opportunities for consumers like us to make hay. But it won’t last forever, and I think that’s something we need to come to terms with sooner or later. The question I have is- after experiencing 4 mpd everywhere, how can we ever bear to go back to the way it was?

I would be happy to share the enthusiasm, but not so fast… as a personal example, in less than 50% of locations where credit cards are accepted contactless payments work. In latter category even less work as an option of mobile payment. In other words, if you see paywave/paypass logo it does not automatically mean that you can you Apple Pay there.

Fair enough, but with every day that passes such merchants become fewer and fewer. It’s only a matter of time…

Contactless payment is only as good as the training they give the cashiers. There were many occasions where I faced an elderly cashier that stone-facedly say that they do not accept Pay Wave, Apple Pay & Samsung Pay when they clearly have the necessary terminals. The anguish….

Hi Aaron, favepay spending gets 10x on CR is confirmed is it?

I’d like to know if Citi Rewards nets 10x on Favepay too. It wasn’t confirmed in the article about Favepay

Citi rewards mc does. Visa, people seem to say no

Does OCBC Titanium earns 4 mpd for MasterPass contactless? Or it has to be Apple Pay, Samsung Pay, Android Pay ?

Have you ever wondered where people get the details of these promotions from? You might find your answer there.

Can anyone clarify if the 8mpd is applicable if I use citirewards card to top up my ezlink card via Apple Pay?

Why would you need a clarification? You could try and you would find out. Or you could look up the T&Cs like we all do. Neither are particularly difficult.

[…] so much competition on the mobile payments front, it’s not surprising that Grab wants to incentivize the use of GrabPay in stores, and they […]

97 Days of insanity: The story of Citibank, Apple Pay, and 8 miles per dollar everywhere - The MileLion

[…] rewards points was the equivalent of 8 mpd. Given the ubiquity of mobile payment accepting contactless terminals, this was as practically 8 mpd everywhere. It was one of those things that just seemed too good to […]

[…] in the Singapore miles and points game, as the sheer proliferation of mobile wallets has created many unique opportunities for 10X everywhere. Even though the crazy days of the 8 mpd Citibank-Apple Pay promotion are over, there’s still […]