The Longest Flight in the World: Trip Planning

Getting ready to fly SQ22 to New York, the world's longest commercial flight.

On June 28, 2004, Singapore Airlines made aviation history when SQ22, operated by a four-engine Airbus A340-500, touched down at Newark Airport at 6.41 pm. Its landing was unremarkable, its flight was anything but. SQ22 had carried 181 souls more than 9,500 miles across the globe, inaugurating the world’s longest non-stop commercial service. The world got a little smaller.

In truth, however, the flight had been a long time coming. Singapore Airlines desperately needed a competitive response to other regional carriers like Cathay Pacific, which could offer one-stop connectivity from the US to all of Asia. SQ’s existing US flights required an intermediate stopover, making them a minimum of two stops. 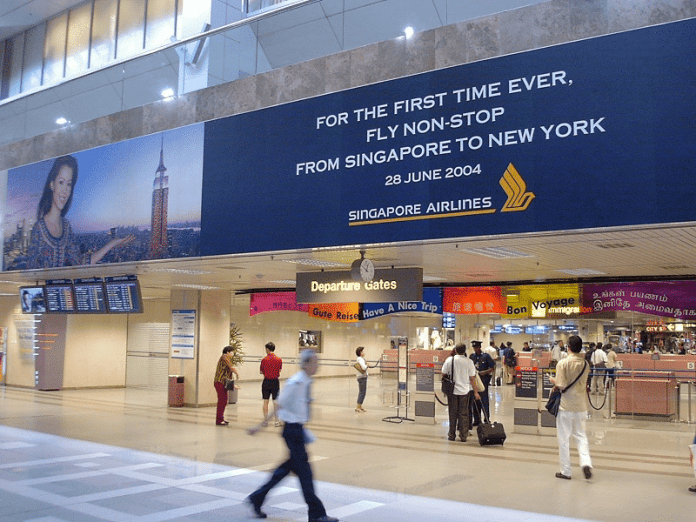 The A340-500s that operated the non-stop flights to Newark (and later Los Angeles) were dubbed “Leadership”, back in the day when Singapore Airlines gave its planes silly yet whimsical names like “Big Top”, “Mega Top” and “Celestar”. The 64 seat Business Class cabin was configured in a 2-2-2 layout, with the old purple angled-flat Spacebeds (full flat seats in Business Class were still two years away). It’s hard to believe that once upon a time, this product was considered standard-setting. 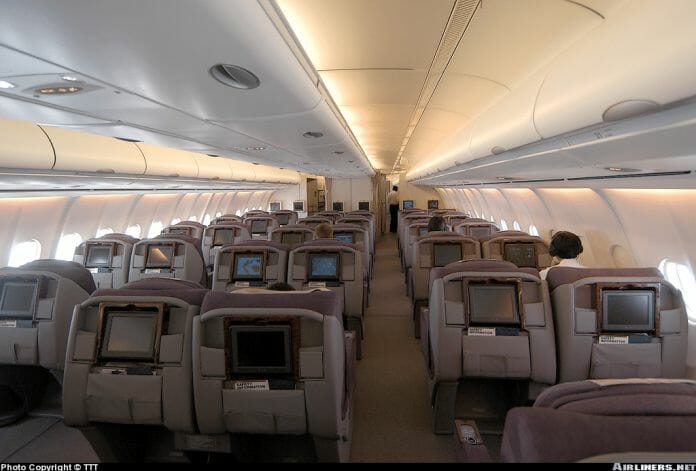 Economy, or rather “Executive Economy”, had 117 seats in a 2-3-2 configuration. Singapore Airlines always pitched the decision to forego Economy in favor of a more spacious Executive Economy as a customer-friendly move for an ultra-long haul flight, but truth be told the aircraft would simply not have been able to complete the flight with a fully-loaded regular Economy cabin. Economics, rather than empathy, drove the decision. 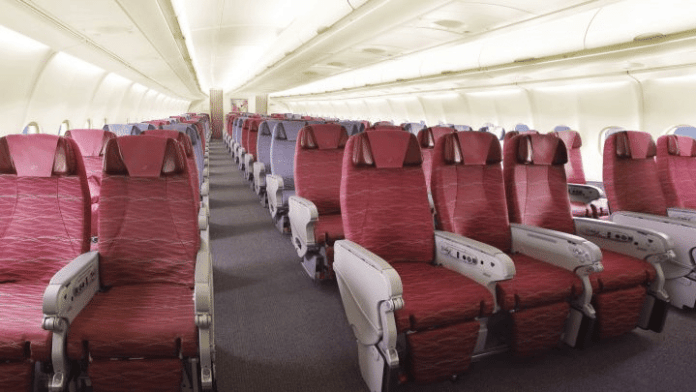 The resulting configuration meant that Singapore Airlines was putting just 181 seats on an aircraft that could easily seat more than 300. Such a low density layout was still feasible during the early days, but as jet fuel prices skyrocketed in 2007, the route became flat out unprofitable.

SQ’s management was in a bind: giving up the non-stop routes would mean ceding ground to regional rivals. And yet the aircraft was losing them money every time it took off. 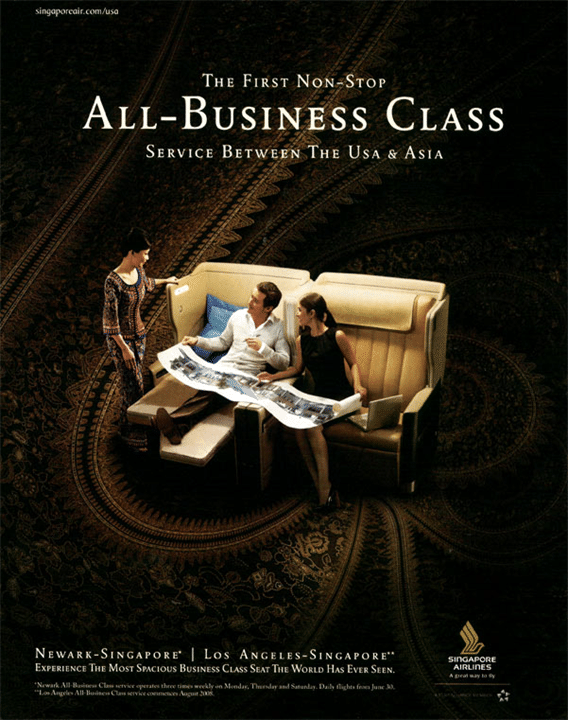 Management’s Hail Mary solution was to covert the A340 to an all-business class cabin with 100 of its newest business class seats, in the hope the added revenue could make the route profitable once more. The first reconfigured aircraft flew in May 2008, and for a while it looked like the premium-heavy strategy just might work.

But the financial crisis deepened and companies cut back on business travel, and in the end the move only forestalled the inevitable. With four gas-guzzling engines, the A340 was simply too thirsty for a world with $100/barrel oil, and on 25 November 2013, SQ21 landed in Singapore for the last time with little fanfare. The non-stop flights to the US were scrapped. The five A340s in the fleet were sold back to Airbus. The world got a little bigger.

Five years later, Singapore Airlines is ready to take the plunge again. Improvements in technology and a new generation of aircraft promise to make non-stop fights to the USA profitable once more. On 30 May, Singapore Airlines announced the resumption of non-stop flights to Newark. On 24 September, the airline took delivery of the first of seven A350-900 ULRs. On 11 October, SQ22 flies once again.

And I’m going to be there when it happens.

Just a day after Singapore Airlines announced the resumption of non-stop flights to the USA, readers in the Telegram Group spotted that both Saver and Advantage award space was showing up on the inaugural flight, albeit on waitlist.

I waitlisted for both, just to try my luck. Within minutes, the Advantage waitlist cleared.

If you know your geography, you’ll know that Singapore is pretty far from New York. It’s not quite the antipode (drawing a line from Singapore through the earth’s centre would land you near Quito, Ecuador), but it’s still a heck of a distance to fly. 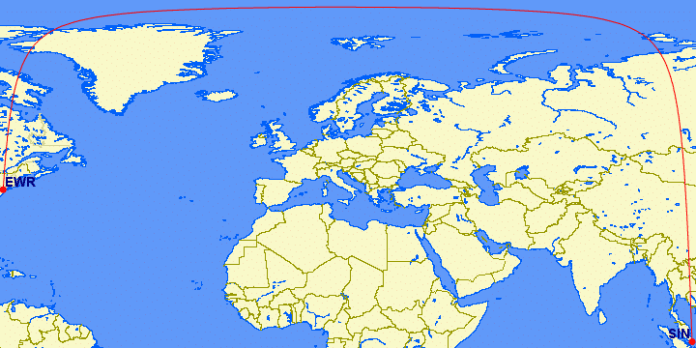 The flight takes between 18-19 hours, during which I plan to occupy myself observing how SQ’s obsessive attention to detail manifests itself on a flight like this.

How will the F&B service be run? How will the meals promote better wellness on such a long flight? How will mood lighting be used to offset jetlag? How will passengers be nudged to move around the cabin more? What kind of sleep strategies will service routines foster? Will the infamous corpse locker make a reappearance? Inquiring minds want to know.

I’ve already visited New York quite a few times, so instead of exploring the city again I’ll take a connecting flight to Houston where I’ll spend a few days before coming back home via Narita and ANA (78,000 LifeMiles, Business Class). I was hoping to book a cheap 12,500 KrisFlyer miles domestic award between EWR and IAH, but unfortunately the only award space available was for United Mileage Plus members (22,500 Mileage Plus miles, bleagh). 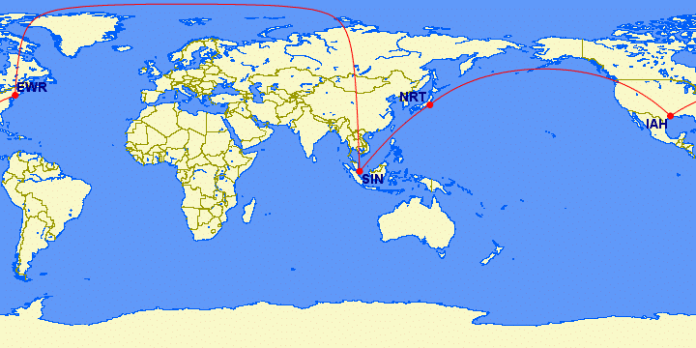 Edit: As ksp10 pointed out in the comments below, SIN-EWR flies via a Pacific rather than Atlantic route. Bummer.

Flying home from IAH presents me with some interesting lounge options.

I’ve been itching to try out some of the benefits on my brand new AMEX Platinum Charge card, and the Centurion Lounge at IAH looks like a great place to start. The menu on offer was designed by James Beard Award-winning chef Justin Yu, chef and owner of acclaimed Houston restaurant Oxheart.

Then there’s the newly-opened United Polaris lounge. I’ve already tried the Polaris hard product, but have yet to try any of the Polaris lounges. These will be accessible by virtue of my ANA Business Class ticket, and hopefully the fact that I’m flying home at 11.30 am will make for easier photo taking (I hear the lounge gets crowded at night).

Nothing fancy to report here- I’ve already requalified for Marriott Platinum thanks to my 10 elite qualifying nights from a recent Milelion workshop, but in any case will be staying at a mixture of Aloft, Courtyard and Residence Inn hotels to try and max out the ongoing Marriott Megabonus.

More fun stuff. Remember Turo, the P2P car rental service? I’ve finally used my referral credit (Sign up here and get US$25 of free credit) and got myself a 2014 BMW 3 series, for only US$50 a day including insurance and taxes. The traditional car rental firms wanted US$60+ for an entry-level Toyota, pfffttt.

I’m planning to drive down to the Space Centre Houston and fulfill my inner NASA geek, and Houston doesn’t really have the best public transport so a car’s kind of essential.

Just two days more and it’s hard not to be excited. Look out for a detailed report of the gate festivities and flights!

Will anyone else be on the inaugural? Reach out to me!

Aaron Wong
Aaron founded The Milelion to help people travel better for less and impress chiobu. He was 50% successful.
Previous article
Get 3 nights for the price of 2 at InterContinental Hotels around the region
Next article
Malaysia Airlines offering 3X miles on all flights booked by 15 October 2018

Yes me! See you at SIN on Thursday night! Missed the earlier A340 J, wouldn’t miss it this time!

Awesome- drop me a pm? I need to find someone with a lobang for f lounge access haha

Nice! Now this is one trip report I’m excited to read about. Pity though, nothing fancy about the hotel stays. I hear some other bigwigs will be at the inaugural 😉

I highly doubt you’d achieve a “round the world” trip as SQ22 will almost certainly fly Eastward across the Pacific, like it did in the good old days.

BBC reported that the intention is indeed to fly eastwards, unless the prevailing winds blow in the other direction, so there’s still a chance for a rtw, I suppose – albeit low.

right you are! have updated this.

The Longest Flight in the World: AMEX Centurion Lounge IAH Review – The MileLion

The Longest Flight in the World: United Polaris Lounge IAH Review – The MileLion

The Longest Flight in the World: ANA B787-9 Business Class NRT-SIN Review – The MileLion